A truly grand Tuesday is upon us, with Criterion releasing a classic film from Jean-Luc Godard, as well as a modern film (a classic in the making?) from Olivier Assayas. Both films are being released on DVD and Blu-ray, showing the world that the transition to high-definition doesn’t have to leave behind those of us who either can’t afford the transition, or simply don’t feel confident enough in it’s future. We discussed these April releases back in January, when they were announced. You can hear our discussion of them, along with some brief tangents on the cover art, and Criterion Posters in general, here.

Jean-Luc Godard‘s Vivre sa vie is a film that we have brought up on the podcast from our earliest beginnings, as it has been a rumored release for some time. It is one Travis was especially excited for, either because of the Passion of Joan of Arc references, or just how freaking adorable Anna Karina is in it. It is presented to you in a new, restored high-definition digital transfer, showing off how gorgeous cinematography. Something that is promoted less by the world of Blu-ray marketers (although Criterion should not be included in this) is how incredible the uncompressed audio is, and what a truly immersive experience is creates. If your home entertainment set-up has a decent set of speakers, you’ll want to crank those babies up to 11, and imagine yourself roaming the streets of 1960’s Paris.

One of Rudie’s favorite films of 2009, Summer Hours, is also getting some love from Criterion this month, and it is definitely one I cannot wait to see myself. This film is a part of the IFC deal that Criterion has worked out, and was teased at earlier this year when they revealed their Cryptic New Years drawing. The illustration of the odd shaped vase was what people immediately took to in their decoding. A film that A.O. Scott in the New York Times called “a masterpiece,” Summer Hours looks at a family dealing with the loss of their mother. Olivier Assayas is a filmmaker I cannot wait to dig into, as his latest epic, 5 1/2 hour, film on Carlos the Jackal will be making a much anticipated appearance this year at the Cannes Film Festival, with future distribution through IFC. Carlos features Edgar Ramirez in the title role, Ramirez can be seen in the recent Criterion release of Steven Soderbergh’s Che (Part 1).

Which of these April releases are you planning on picking up? 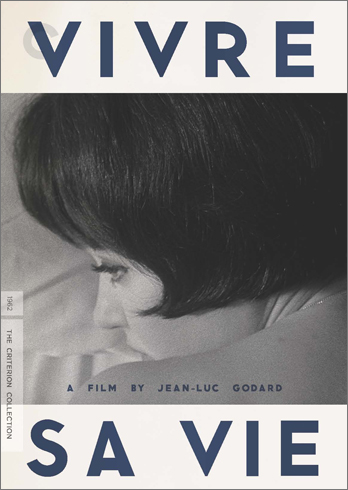 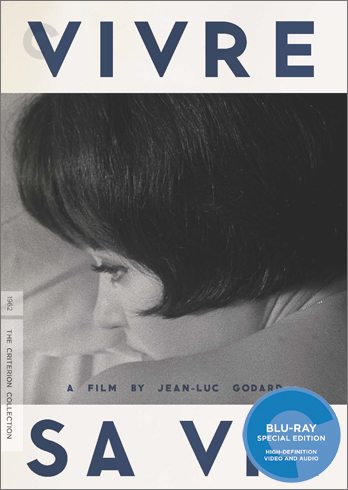 Finally! If we count the poster in the Criterion store and the Janus tour of this film as our first indications of a Criterion release of Vivre Sa Vie, then we’ve been anticipating this release for over two years. I watched this film shortly after I watched Pierrot Le Fou for the first time, and have always thought of the two as sister films of sorts. The despair that Anna Karina exhibits in this role is haunting and harrowing. The inclusion of Dreyer’s The Passion of Joan of Arc and the Michael Mann-esque final scene of the film make this a stand-out feature, and a must-have in any cinephile’s catalog.

On a more editorial note, I loathe the cover art. It just looks lazy to me. Criterion, take the poster from your store and slap your C on the upper left-hand corner, pretty please.

“Vivre sa vie was a turning point for Jean-Luc Godard and remains one of his most dynamic films, combining brilliant visual design with a tragic character study. The lovely Anna Karina, Godard’s greatest muse, plays Nana, a young Parisian who aspires to be an actress but instead ends up a prostitute; her downward spiral is depicted in a series of discrete tableaux of daydreams and dances. Featuring some of Karina and Godard’s most iconic moments’”from her movie theater vigil with The Passion of Joan of Arc to her seductive pool-hall strut’”Vivre sa vie is a landmark of the French New Wave that still surprises at every turn.”

Here is the trailer for Vivre sa vie, be warned, I’m told the trailer may contain spoilers. 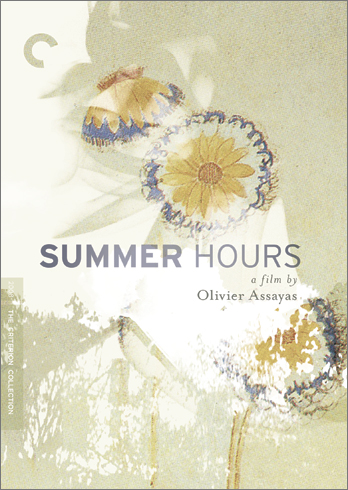 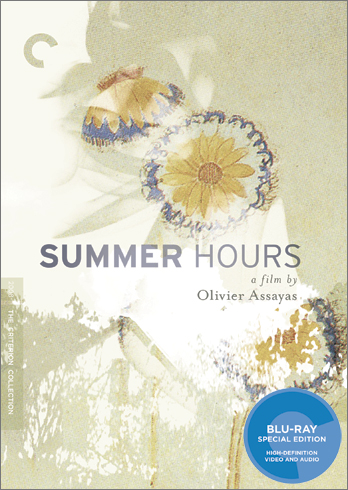 “Widely hailed by critics as 2009’s best film, Summer Hours is the great contemporary French filmmaker Olivier Assayas’s most personal film to date. Three siblings, played by Juliette Binoche, Charles Berling, and Jérémie Renier, must decide what to do with the country estate and objects they’ve inherited from their mother. From this simple story, Assayas creates a nuanced, exquisitely made drama about the material of globalized modern living. Naturalistic and unsentimental yet suffused with genuine warmth, this is that rare film that pays respect to family by treating it with honesty.”

You can hear Rudie discuss Summer Hours here. For his best of 2009, Rudie wrote this about Summer Hours:

Summer Hours is an exceptional film about family, loss and memories. The story is of three siblings, played by Jeremie Renier, Juliette Binoche and Charles Berling, coming to terms with the loss of their mother and what exactly to do with her house in the French Countryside. This film tells its story through the objects in this house. Through their connections to these objects, their memories and a sense of nostalgia over powers them. Olivier Assayas plays this film so delicately, in lesser hands it would be too melodramatic but rather it comes off has heartfelt and realistic. This is a special sort of film that plays with the subtleties of life. I can easily see this film joining The Criterion Collection.

Written By
Ryan Gallagher
More from Ryan Gallagher
This week on the podcast we're joined by James Marsh from Twitchfilm...
Read More