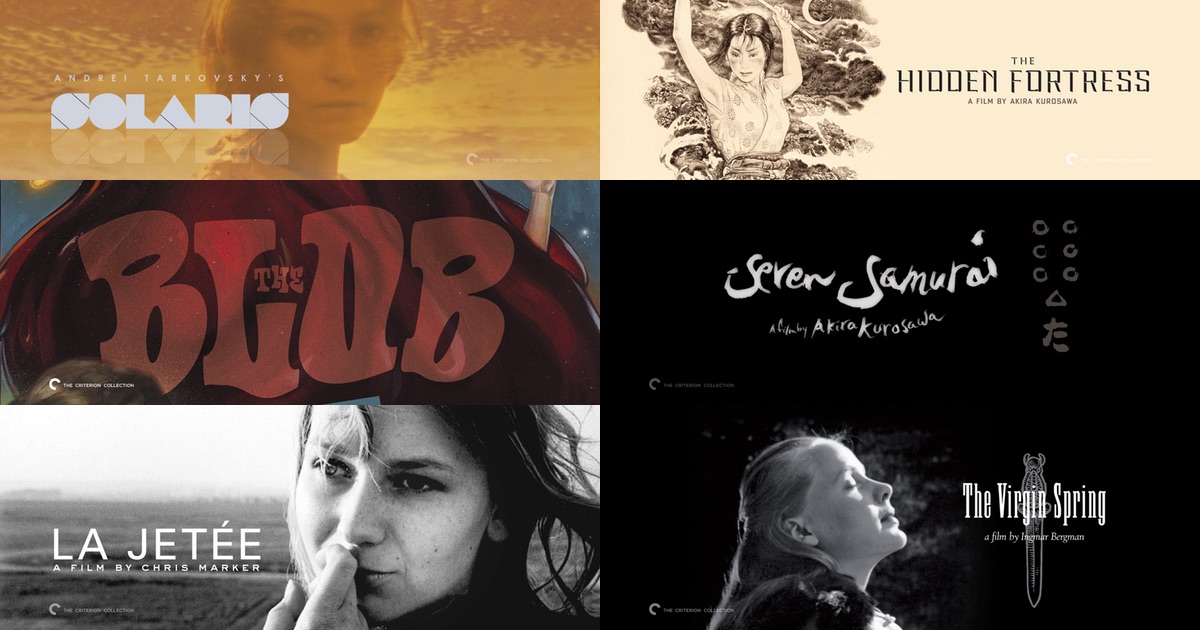 The Blob, the Horror film by Irvin S. Yeaworth Jr.

A cult classic of gooey greatness, THE BLOB follows the havoc wreaked on a small town by an outer-space monster with neither soul nor vertebrae, with Steve McQueen playing the rebel teen who tries to warn the residents about the jellylike invader.

The Hidden Fortress, the Japanese Action/Adventure film by Akira Kurosawa

This rip-roaring ride is among the director’s most beloved films and was a primary influence on George Lucas’ STAR WARS. THE HIDDEN FORTRESS delivers Kurosawa’s trademark deft blend of wry humor, breathtaking action and compassionate humanity.

Marker’s LA JETEE is one of the most influential, radical science-fiction films ever made, a tale of time travel told in still images.

Pygmalion, the British Comedy by Anthony Asquith and Leslie Howard

Cranky Professor Henry Higgins takes a bet that he can turn Cockney guttersnipe Eliza Doolittle into a “proper lady” in a mere six months in this delightful comedy of bad manners, based on the play by George Bernard Shaw.

One of the most thrilling movie epics of all time, SEVEN SAMURAI tells the story of a sixteenth-century village whose desperate inhabitants hire the eponymous warriors to protect them from invading bandits.

With SOLARIS, the legendary Russian filmmaker Andrei Tarkovsky created a brilliantly original science-fiction epic that challenges our conceptions about love, truth and humanity itself.

The Virgin Spring, the Swedish Drama by Ingmar Bergman

Winner of the Academy Award for Best Foreign Language Film, Ingmar Bergman’s THE VIRGIN SPRING is a harrowing tale of faith, revenge and savagery in medieval Sweden.

The Wages of Fear, the French Drama by Henri-Georges Clouzot.

In a squalid South American oil town, four desperate men sign on for a suicide mission to drive trucks loaded with nitroglycerin over a treacherous mountain route.