Anyone curious to know more about how the medium of film has been used in past decades to educate, indoctrinate and propagandize the American citizenry ought to have more than a passing interest in a pair of DVD compilations just about to be released by Kino International. Volumes 3 and 4 of their “Classic Educational Shorts” series, offering thematically-unified collections of old and nearly forgotten 16 mm films, are now available.

Safe… Not Sorry features 14 vintage examples (filmed between 1946 and 1982) of “Cautionary Tales from the American Classroom,” emphasizing the painful, often fatal disasters that can befall children who don’t take all the necessary steps to ensure that nothing bad ever happens. The Celluloid Salesman consists of 14 clips aimed more at American adults from the 1940s to the early 1970s, those engines of consumerism who made the postwar economy hum and established a level of materialistic prosperity and convenience of life that many of us are grasping to attain nowadays. 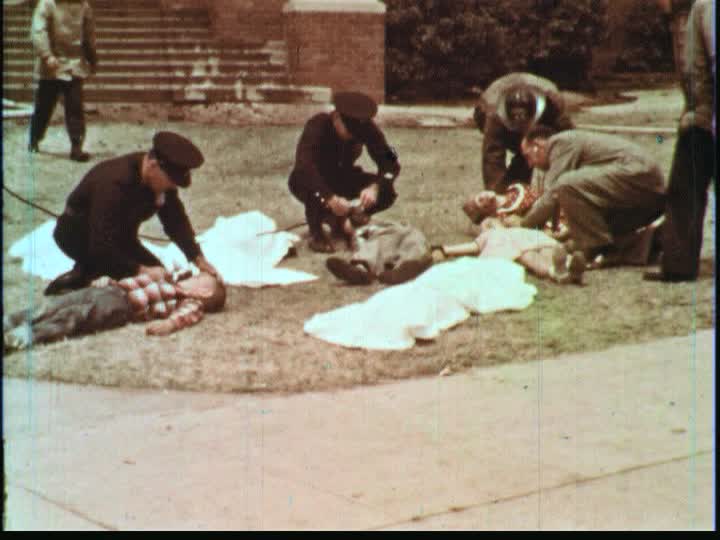 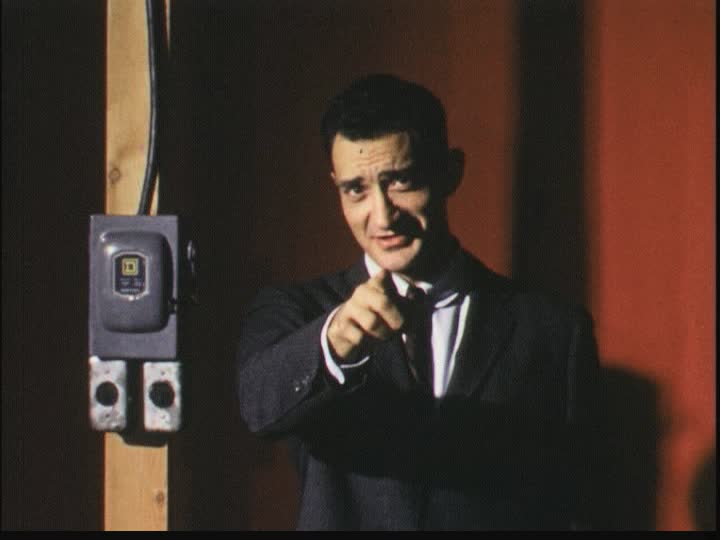 Assuming that everyone reading this has been raised in a culture permeated by the ideas and values that shaped these films, I’m here to recommend a look at these fascinating collections. Put together by Skip Elsheimer, founder of the A/V Geeks website (their motto: “Have 22,000 Films, Will Travel”) the emphasis in these DVDs is on a particular kind of entertainment value, the sort that relishes campy, ironic humor, whether or not the film intended to be funny, laced with a touch of social critique on the side. Of the two,  Safe… Not Sorry offers the most in terms of those kinds of laughs, since the tone more often than not is so deadly earnest and ominous, not to mention condescending, at least by today’s standards. 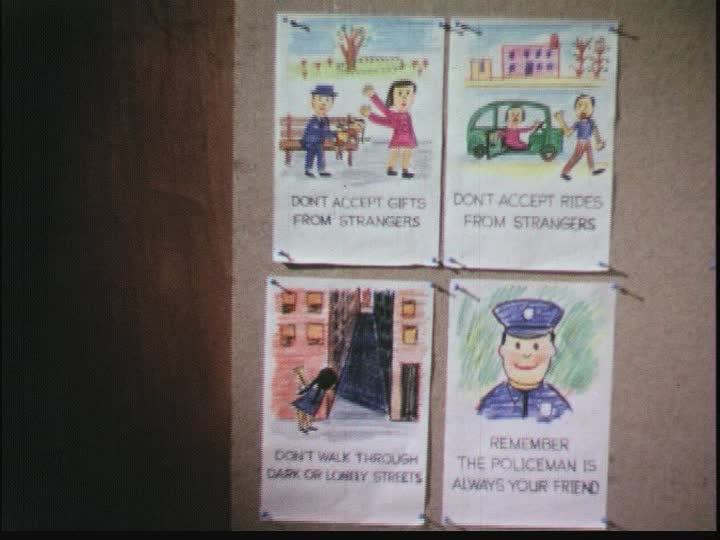 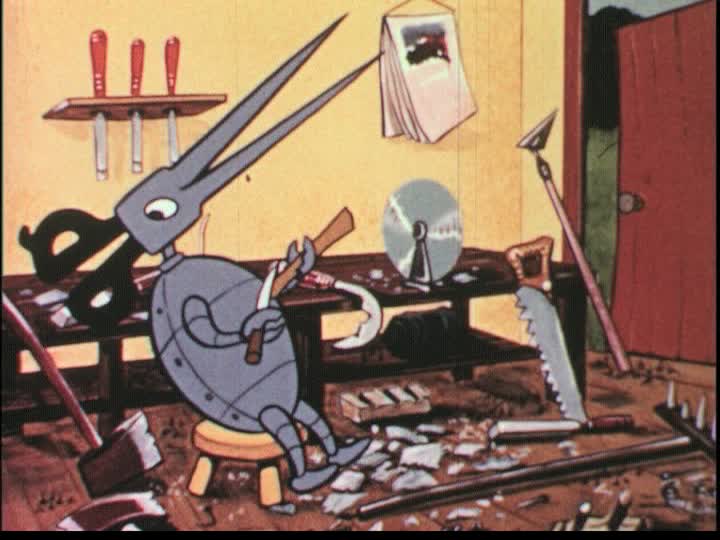 The combination of quaint imagery, goofy visual effects (including some enjoyably oddball animation) and hokey musical soundtracks so common to film-making styles of days gone by definitely lend these films, which vary in length between convenient bite-sized 5 minute and harder-to-swallow 24 minute increments, considerable charm.

At least, that’s the intention of Elsheimer, who clearly curated these sets for viewers of similar taste as his. He’s been tracking down these reels for many years now as they’ve slipped into public domain status and become prized collectibles to a distinct subset of nostalgia buffs. As a child of the 60s myself, I can’t specifically recall seeing any of these films in my school classrooms, but the basic tone and mentality behind them was familiar enough. 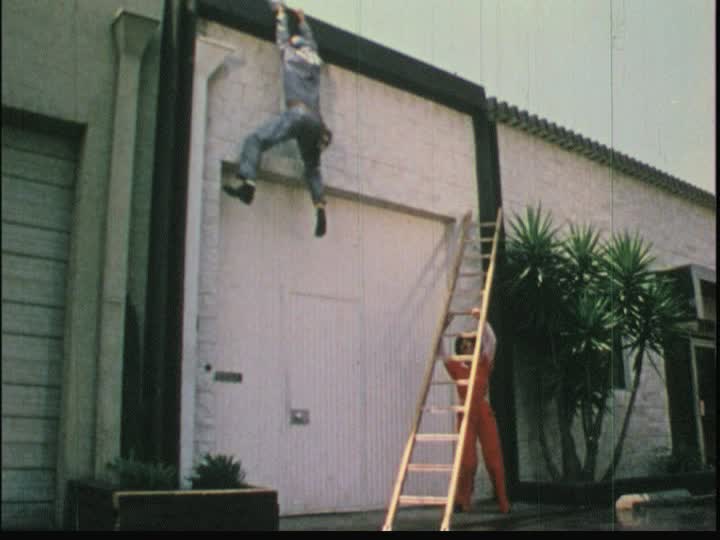 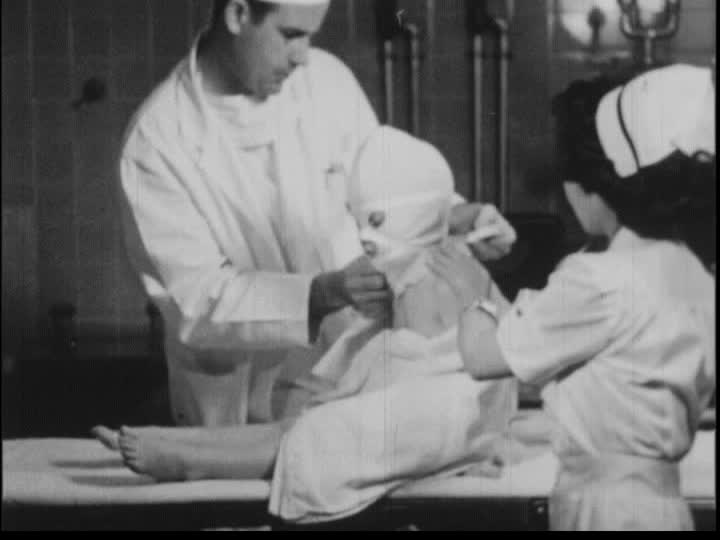 Their ability to generate laughs depends on just how funny you find  the outdated words of stern advice and solemn warnings as we’re cautioned on a wide range of perils: resisting the advances of creepy strangers, the lure of found explosives, the unpredictable responses of animals or the urge to pedal our bikes as fast as we can without paying attention to on-coming traffic.

Naturally curious and reckless children get a good talking to over the course of three and a half hours from the patriarchal voices of experience that resonate through every film, especially the older titles. And the piteously laughable effort to get hip and stay relevant that characterizes the 1970s offerings don’t fare much better, as you can see in this lame attempt to cash in on the popularity of Wonder Woman and friendly alien sci-fi at that time:

Heavy-handed messages about gun safety, food poisoning and the dangers that lurk around just about any corner of our home, classroom or neighborhood are all hammered home to the point of overkill, at least if you attempt to sit down and watch the full program in one or two long sittings. My recommendation is to take them in smaller doses, to more fully savor the stilted, patronizing tones and avoid the risk of mind-numbing burnout. (That’s my own admonition to be “Safe… Not Sorry!”) 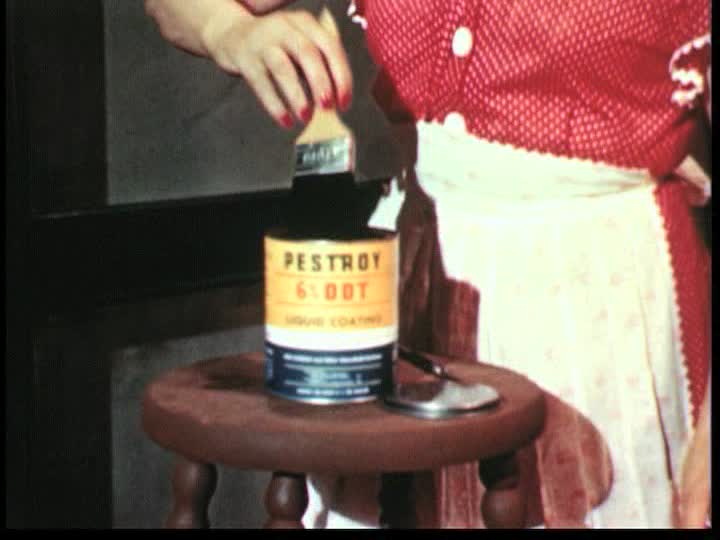 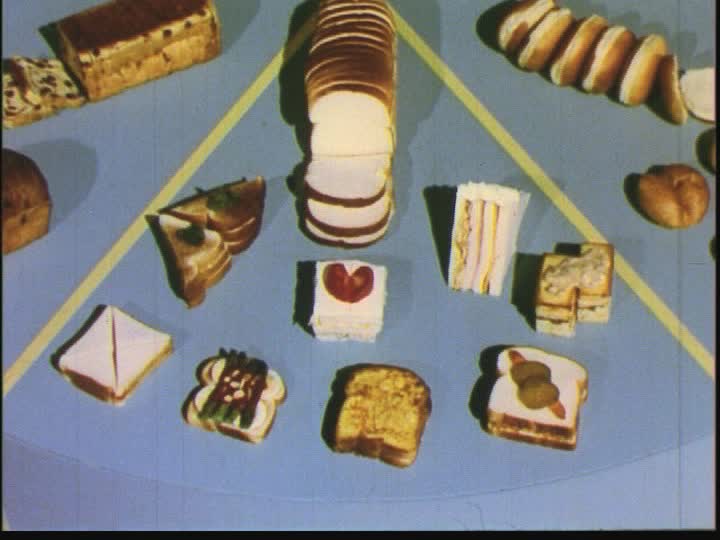 Likewise, The Celluloid Salesman is a guest who’s best invited in just for short, select visits – his pitch is more effective that way, before he wears out his welcome. These precursors to the ubiquitous infomercials that now clog up dozens of cable channels at any given moment are, to my taste anyway, so much more worthy of my attention than their contemporary counterparts, since I feel no pressure whatsoever to seal the deal on whatever it is they’re selling. Instead, I can just sit back in wonderment at the marvel of mid-20th century American civilization, painting DDT on baby cribs and extolling the health-giving virtues of enriched white bread.

It’s the world that I was born into but which seems so baffling and alien when I step back and try to figure out just how it got that way. The smugness, the naivete, the presumptive authoritarianism, the oblivious freedom to crudely invoke feelings of shame, guilt and fear in order to bluntly force or not-so-subtly massage behavioral choices. The morbid employment of shock tactics, including gruesome car wrecks and numerous situations where the kids on screen are put in real danger for the sake of a shot, and the dismal flops that ensue when the film-makers try to be funny (as in the spectacularly bad “Freeze-In” that hired a couple of stars from Rowan & Martin’s Laugh-In to help salesmen pitch freezer cabinets.) It’s all on plain display here, an assumed and unquestioned backdrop from which the messages of these films draw their forcefulness. 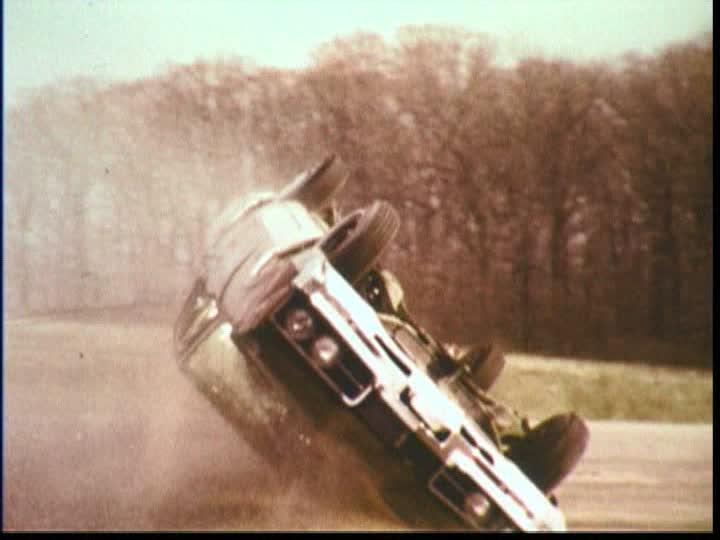 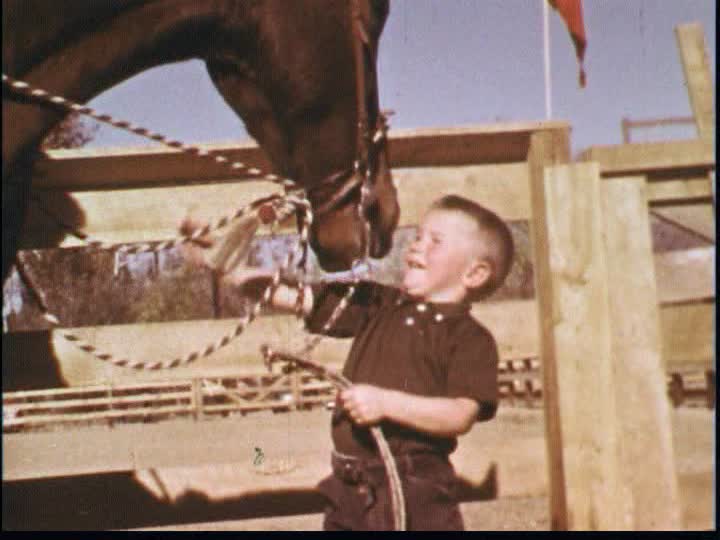 The cultural freight carried in these hastily-produced and reactionary artifacts is the key to their on-going relevance. Sure, one can have a few giggles at the clumsiness of their staging, the mock-horror effects when things go wrong or even the cheesy appeal of outdated fashions and social awkwardness that pop up so frequently – I sure did! But after that novelty has worn off, what we have on these two rather full discs is a prolonged peek at the underlying dreads and anxieties of previous generations who shaped our environment and continue to exert their influence. In capturing these vivid snapshots of tragedies our elders tried to avoid and the promise of happiness and success they sought in purchasing (or selling) the conveniences of modern life, these Classic Educational Shorts provide valuable insights into what makes us tick ourselves. Perhaps it will even help to sharpen our own analysis of the culture we inhabit today, as we all do our part to create the campy ironic scenarios that our own kids will laugh at a few decades or so from now.

If you’re looking for a good run-down on the DVD contents and specs, click the links to the Kino website in the main article. Glenn Erickson at DVDTalk.com also offers a nice summary of the individual films in each lineup. I figured I’d save myself the effort since he did such a great job already!