Coming off of a one-two punch like Down Terrace and Kill List, and with buzz for his third feature, Sightseers, being just as high, director Ben Wheatley has quickly become one of the genre world’s foremost and most interesting voices.

Now, thanks to Film4 (via Twitch), we have our first look at his next film, the upcoming A Field In England. The film stars Michael Smiley, Peter Ferdinando, Reece Shearsmith and Julian Barratt and ‘follows a small group of deserters fleeing from a raging battle through an overgrown field.  As they are captured by O’Neil, an alchemist, they are forced to aid him in his search to find a hidden treasure that he believes is buried in the field. Crossing a vast mushroom circle, which provides their first meal, the group quickly descend into a chaos of arguments, fighting and paranoia, and, as it becomes clear that the treasure might be something other than gold, they slowly become victim to the terrifying energies trapped inside the field.’

Apparently, the director has built lenses to specifically shoot this film with, and the picture will be a mix of color and black and white, so this is definitely sounding like an interesting little project. IFC has been seemingly in love with the director since day one, and while that hasn’t meant a Criterion home video release of any of their films, one would have to assume that a filmmaker as buzzed about and genuinely beloved will one day find himself among the ranks. Don’t be shocked if we hear IFC attached to this thing when it arrives in theaters. Fingers are crossed. 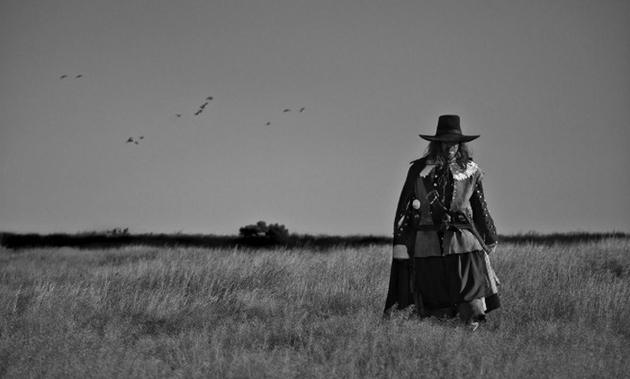