Say what you will about the Wachowski siblings, they are still one of the most interesting directing duos in all of Hollywood cinema. Sure, their latter two Matrix films may be flawed, but Speed Racer is as enjoyable as a Laffy Taffy colored acid trip can be, and their early work is really top tier. So, with a TIFF debut set for their next film, Cloud Atlas (co-helmed by Tom Tykwer), we now have our first look at what is easily one of the biggest unknown entities set for this fall release schedule.

The film is based on David Mitchell’s novel of the same name, and stars Tom Hanks, Halle Berry, Ben Wishaw, Jim Broadbent, and a boatload of others, and follows a handful of narratives with each actor taking on multiple roles.

While it’s only two photos, the pictures do really look interesting, and with this killer cast and directing team behind the project, hopes are high. TIFF is a great place for a film of this caliber to debut, and with an October 26 release slated in stone, it’ll be only a matter of time before we have this bizarre looking sci-fi epic in our grasps. 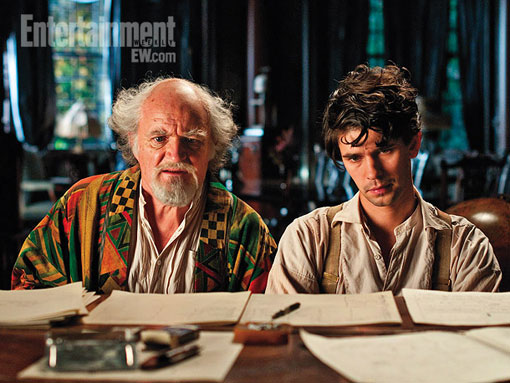 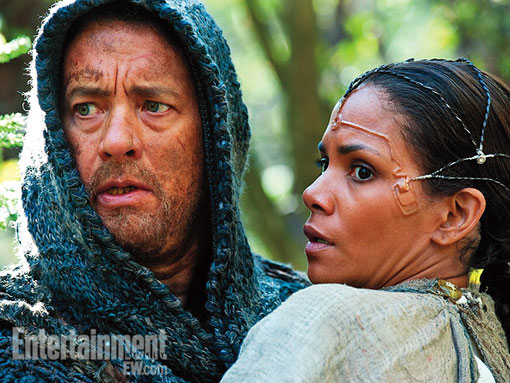