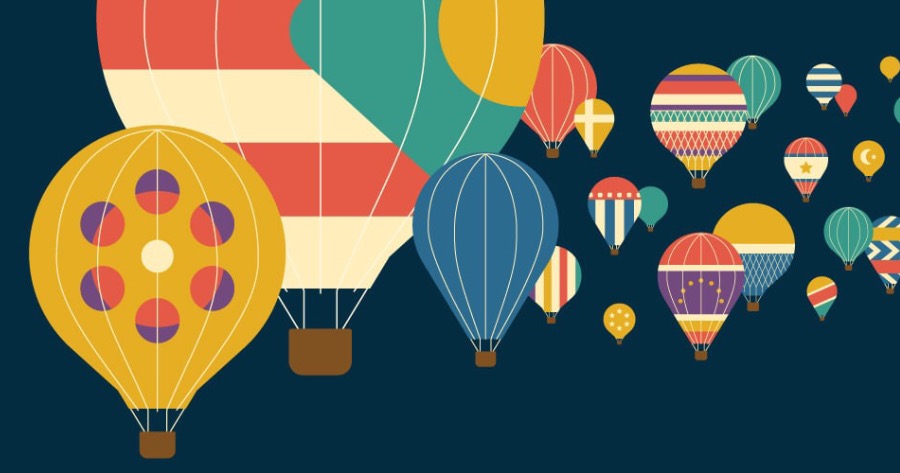 This week the folks at the Northwest Film Center have announced the first wave of films from the upcoming Portland International Film Festival (February 15th – March 1st), along with the opening night film, and it is a Criterion geek’s dream line-up. New films from Claire Denis, Lucrecia Martel, Abbas Kiarostami, Andrew Haigh, and Hirokazu Kore-eda! As we’ve done in the past, we’ll be sure to highlight as many of the films that our readers and listeners here in Portland should be checking out, and reviewing what we can.

The full schedule is set to be announced on January 29th.

The Death of Stalin

The one-liners fly as fast as political fortunes fall in this uproarious, wickedly irreverent satire from Armando Iannucci. Moscow, 1953: when tyrannical dictator Joseph Stalin drops dead, his parasitic cronies square off in a frantic power struggle to be the next Soviet leader. Among the contenders are the dweeby Georgy Malenkov (Jeffrey Tambor), the wily Nikita Khrushchev (Steve Buscemi), and the sadistic secret police chief Lavrentiy Beria (Simon Russell Beale). But as they bumble, brawl, and backstab their way to the top, just who is running the government? Combining palace intrigue with rapid-fire farce, this is a bitingly funny takedown of bureaucratic dysfunction performed to the hilt by a sparkling ensemble cast.

Let the Sun Shine In

Living alone in Paris, Isabelle (Juliette Binoche), a divorced artist in her 50s, is optimistic that romantic hope springs eternal – or maybe she does. But as she auditions, not unpleasantly, but with increasing exasperation, a steady succession of prospective men, she ponders just what she’s seeking, and whether sex and companionship are really the keys to fulfillment. Featuring an ensemble cast of stellar French actors including Gerard Depardieu, Denis offers a complex, feminist take on love and the quest to find Mr. Right while not being trapped by need, convention, or expectation. “An elegant, eccentric relationship comedy of ideas, highly rarified and possessed of an almost inscrutable sophistication.” – The Guardian

“Martel ventures into the realm of historical fiction and makes the genre entirely her own in this adaptation of Antonio di Bendetto’s classic of Argentinean literature. In the late 18th century, in a far-flung corner of what seems to be Paraguay, an officer of the Spanish crown, born in the Americas, waits in vain for a transfer to a more prestigious location. Martel renders Zama’s world – his daily regimen of small humiliations and petty politicking – as both absurd and mysterious, and as he increasingly succumbs to lust and paranoia, subject to a creeping disorientation. Precise yet dreamlike, and thick with atmosphere, Zama is a singular and intoxicating experience from one of cinema’s truly brilliant minds.” – New York Film Festival.

Three years in the making and Kiarostami’s final film before his death in 2016, each segment in 24 Frames offers a view of a photograph or painting and what he imagined might have occurred before and after the image was frozen in time. Employing multiple cinematic devices while shifting between fiction and documentary, he wistfully attempts to decipher the essence of cinema and its ability to capture reality. “Repetition-with-variations and a sly wit are hallmarks of many Kiarostami works, and these 24 mini-films abound with his visual acuity and dry authorial humor, all of it in accessible and pleasurable form.” – Film Comment.

Won’t You Be My Neighbor

“With his gentle voice and heartfelt words of wisdom, Fred Rogers served as a compassionate surrogate father for generations of American children who tuned in to public television. He believed in love as the essential ingredient in life and was able to assist kids through difficult situations armed merely with handmade puppets suggesting tolerance and acceptance. An ordained Presbyterian minister, Mr. Rogers made speaking directly and openly to children his life’s work, both on and off his long-running show. Animated sequences are peppered between archival footage of Mister Rogers’ Neighborhood and interviews with Fred Rogers’s family friends, and colleagues, offering a deliberate and beautiful tribute to an authentic human being and providing a much-needed salve for these often-fraught times.” – Sundance Film Festival.

On the Beach at Night Alone

“Hong Sang-soo’s movies have always invited autobiographical readings, and this is perhaps his most achingly personal film yet, a steel-nerved clear-eyed response to the tabloid frenzy that erupted in South Korea over his relationship with actress Kim Min-hee. The film begins in Hamburg, where actress Young-hee (played by Kim herself, who won the Best Actress prize at Berlin for this role) is hiding out after the revelation of her affair with a married filmmaker. Back in Korea, a series of encounters shed light on Young-hee’s volatile state, as she slips in and out of melancholic reflection and dreams.” – New York Film Festival. “A drama of rare lyrical exaltation…a kaleidoscopic fusion of reality and fantasy.” – The New Yorker

Fifteen-year-old Charley Thompson (Charlie Plummer) wants some stability: a home, food on the table, and a high school he can attend for more than part of the year. As the son of an itinerate single father (Travis Fimmel) working in warehouses across the Pacific Northwest, stability is hard to find. Hoping for a new start they move to Portland where Charley takes a summer job with a washed-up horse trainer (Steve Buscemi), and befriends an aging racehorse named Lean on Pete, ridden by the hard-nosed Bonnie (Chloe Sevigny). Based on Willy Vlautin’s novel and filmed in Burns and Portland, Lean on Pete chronicles a harsh coming of age in the American West.

Jeannette, the Childhood of Joan of Arc

France, 1425. In the midst of the Hundred Years’ War, the young Jeannette, still at the tender age of eight, looks after her sheep in the small village of Domremy. One day, she tells her friend Hauviette how she cannot bear to see the suffering caused by the English. Madame Gervaise, a nun, tries to reason with the young girl, but Jeannette is ready to take up arms for the salvation of souls and the liberation of the Kingdom of France. Carried by her faith, she will become Joan of Arc. “With his tenth feature, Bruno Dumont radically delves into Joan’s childhood with a category-defying period-cum-techno-head-banging musical, derived from two works by French writer Charles Péguy.” – Toronto International Film Festival.

Michael and Dafna experience gut-wrenching grief when army officials come to announce the death of their son. Unable to find any solace in the well-meaning condolences of family, or in the military’s patriotic platitudes, Michael spirals in to anger only to subsequently experience one of life’s unfathomable turns – a twist that can only be rivaled by the surreal military experiences of his son. Although terrible tragedy is at the heart of the film, Foxtrot contains moments laced with mordant humor, irony, and resonant emotion, as it explores the heartache of war and its far-reaching and unpredictable impacts. Winner of Israeli Ohphir Awards for Best Film and Best Director, the Grand Jury Prize at the Venice Film Festival, and this year’s Israeli Oscar submission.

I Am Not a Witch

Following an incident in her Zambian village, nine-year-old Shula is denounced as a witch and exiled to a state-run witch camp. While making every effort to adapt to her new life among much older women, Shula is both embraced and exploited by the camp officials. Now she must decide whether to accept the fate forced upon her or risk everything for freedom. Zambian-born Welsh director Rungano Nyoni’s debut combines anthropology, social satire, and superstition in a fascinating and touching magic-realist fable. Best Director, British Independent Film Awards.

A heinous crime tests the complex relationship between a tenacious personal assistant and her Hollywood starlet boss. As the assistant travels across Los Angeles to unravel the mystery, she must stay one step ahead of a determined policeman and confront her own understanding of friendship, truth, and celebrity. Former Portlander Katz, whose Cold Weather appeared in the PIFF 34 lineup, “delves into dreamy neo-noir territory with nods to films from auteurs like Hitchcock, Krzysztof Kieslowski, Brian De Palma, and David Lynch that tackle the “double” in cinema – and the potential, in the process of taking on an alternate identity, of subsuming the darkness of another’s soul.” – AFI Film Festival.

A recent parolee returns to his hometown, vowing to turn his back on his criminal ways. But it’s not long before he finds that some of the friends he grew up with in Apartheid era Marseilles have internalized and recreated the tyranny they struggled against for the present inhabitants of “New Marseilles.” “Director Michael Matthews and scripter Sean Drummond skillfully employ recycled genre elements to enhance the mythic qualities of their slow-burn narrative and reinforce the underlying sense that their archetypical characters are fulfilling destinies as inescapable as the fates that might befall major players in a conventional Wild West saga.” – Variety

This moving story of a man struggling to find the truth while questioning his own faith in the law is a philosophical whodunnit, intelligently broaching questions of innocence and guilt. Star attorney Shigemori agrees to defend Misumi, accused of murder after a fatal holdup. A man with a long criminal record, Misumi narrowly escaped the death sentence for another murder thirty years earlier. Astonishingly laid-back, Misumi has already confessed to the murder, and all the evidence points to the fact that he is guilty. But the deeper Shigemori delves into this case, the more he begins to doubt his client. Soon, he is faced with a complicated family story and the plot thickens.

Drawing inspiration from local fairy tales, Spoor dissects political corruption and environmental activism in a small Polish town. Janina Duszejko is a retired engineer, astrology lover, vegetarian, and defender of animal rights. Now, she lives alone in the Sudeten Mountains near the Czech border. One winter night, she finds the body of her neighbor, a poacher. The circumstances of the man’s death are unusally mysterious as the only footprints found around his house are the prints of deer hooves. Soon, other members of the local hunting club are mysteriously murdered. Seeing the ineffectiveness of the police, she starts her own, unconventional investigation. Holland’s genre-bending, ecologically-minded thriller is this year’s Polish submission for the Best Foreign Language Film Oscar.

Equal parts family drama, absurdist black comedy, and unconventional thriller, Under the Tree follows two warring households locked in a bitter dispute. One family adores their beautiful old tree, but the couple next door complain that blocks their sunlight, causing their garden to languish in its shadow. As the disagreement escalates into a passive-aggressive back-and-forth of nasty vibes, mysterious property damage, disappearing cats and dogs, the installation of security cameras, and more. Though set in Iceland, this humorous, but at times unsettling, story of suburban neighborhood warfare could be anywhere.