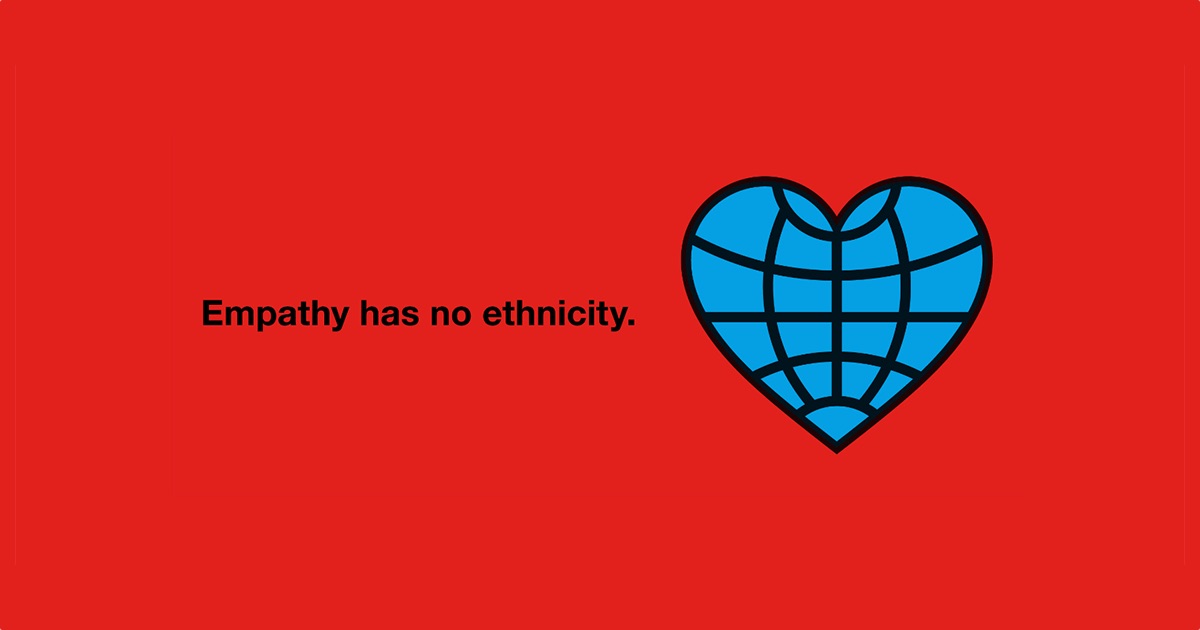 This week the folks at the Northwest Film Center have announced the first wave of films from the upcoming Portland International Film Festival (March 7th – March 21st, 2019), along with the opening night film, and it is a film geek’s dream line-up. New films from Jia Zhangke, Mia Hansen-Løve, Olivier Assayas, and Christian Petzold! As we’ve done in the past, we’ll be sure to highlight as many of the films that our readers and listeners here in Portland should be checking out, and reviewing what we can.

Here are some of the details of the festival which were announced today:

In Pichler’s side-splitting and astute sophomore effort, the lightly fictional small town of Lafors, Sweden is potentially due for a big upgrade as the German megamart chain Superbilly picks their newest location. The Lafors city council, in direct competition with a neighboring town, seeks to differentiate themselves and lure in Superbilly by making a promotional video extolling the quaint hamlet’s virtues. But when local government employee Musse (Fredrik Dahl) has the brilliant idea to enlist local teens to make the video, two young immigrant students, Aida (Zahraa Aldoujaili) and Dana (Yara Ebrahim Eliadotter), take it upon themselves to film their reality and uncover the real Lafors, warts and all. A touching cross-generational comedy, Amateurs gently skewers the provincialism and nationalism running through today’s Europe. (102 mins.)

Jia’s 11th feature is a piercing tale of lost love, following Qiao (Zhao Tao, in one of the year’s fiercest and most heartbreaking performances) and her mob-boss boyfriend Bin (Liao Fan), rulers of the Datong underworld at the turn of the 21st century. When a rival gang threatens Bin’s life, Qiao acts in defense, setting off a series of life-changing events that see her traveling hand-to-mouth across the country—and notably through Jia’s familiar Three Gorges Dam region—in search of Bin and the life she left behind. Spanning decades and moving across vast swaths of China’s diverse physical and psychic landscape as seen through the eyes of one woman scorned, Ash is Purest White is “Zhao’s finest showcase to date—for the way she uses grace, intelligence, and humor with a dexterity that’s perfectly suited for the register of Jia’s aesthetically and thematically diverse film.”—Sam C. Mac, Slant Magazine. (137 mins.)

In Mandarin with English subtitles.

In this gently-plucked-from-the-headlines, warmly intimate film, war reporter Gabriele (Roman Kolinka) returns to France, along with his colleague Frédéric (ever-reliable Alex Descas), after being released from a hostage situation in Syria. Unable to resettle comfortably after his harrowing experience, he travels to India, meeting with family friends including Maya (Aarshi Banerjee in a winning, breakout performance), a young woman searching for her next step in life. Gabriele’s family has a history in Goa, including their dilapidated rural home where he settles, while his estranged mother lives in a seaside town; past and present meet in the search for his future. Shot on luminous 35mm by star cinematographer Hélène Louvart, Hansen-Løve’s latest is a tender ode to life’s chance meetings and the ways they affect our future selves in unexpected and invigorating ways. “Beguiling…sinks deep under your skin because of how adamantly it refuses to get stuck in place.”—David Erhlich, Indiewire. (107 mins.)

In French and English with English subtitles.

Assayas’ (Personal Shopper, Clouds of Sils Maria) latest is perhaps best explained by its original French title, which roughly translates to “double lives.” Set in the book publishing world, this funny, insightful film follows Alain (Guillaume Canet), a publisher broadly past his prime, and his wife Selena (the ever-charming Juliette Binoche), a well-known film and television actress, as they navigate changing methods of the public’s artistic consumption. An almost-washed-up novelist (Vincent Macaigne) wants to publish his latest book with Alain, but larger forces intervene in many ways, causing the two men to reexamine both their places in the world and the necessity of storytelling in an increasingly fragmented artistic landscape. Finely tuned to the dynamics of change, Assayas crafts a warm, empathetic film about the anxiety of the unknown. (108 mins.)

In French with English subtitles.

Continuing in the long-take, deeply intimate and conversational vein of much of his previous work, Ceylan’s latest is one of the year’s most beautifully-shot films. Sinan (Dogu Demirkol), an aspiring writer fresh out of college, returns to his childhood village in search of inspiration, grounding, and funds as he tries to write and publish his first novel. But returning home unearths a complex web of emotion, as Sinan’s addict father (Murat Cemcir) coaxes forth the personal struggle between familial responsibility and creative freedom—plus the hard work that goes along with both, even when telling your own story. A deeply perceptive and engaging film, with The Wild Pear Tree “Ceylan delivers what might be his funniest, most politically poignant work yet. It also happens to be achingly personal.”—Bilge Ebiri, The Village Voice. Turkey’s foreign-language Oscar submission. (188 mins.)

In Turkish with English subtitles.

Adapted from Anna Seghers’ 1944 masterpiece novel, with Transit Petzold transports the story of those fleeing the Nazis during WWII to modern-day Marseille—with a crucial twist. Franz Rogowski turns in a career-making performance as Georg, an average man trying to escape France. Asked to deliver papers to a subversive author, Georg instead becomes caught in an existential cat-and-mouse game, taking on the identity of a presumed-dead doctor and becoming involved with the doctor’s mysterious lover Marie (Paula Beer), who also longs to escape the increasingly claustrophobic confines of wartime France. Petzold, the unofficial leader of the “Berlin school” of filmmaking, delivers perhaps his finest work to date with the taut, crystalline Transit. “White-hot…lean, rigorous filmmaking.”—Steve Macfarlane, Slant Magazine. (101 mins.)

In German, French, and French Sign Language with English subtitles.

Hamaguchi’s feature filmmaking career started with a bang with 2015’s incredible Happy Hour, but his latest is no sophomore slump; rather, it’s full of invention. Asako I & II follows the titular 21-year-old Osaka woman (Erika Karata) who falls in love with the charmingly vacant Baku (Masahiro Higashide). One day, Baku mysteriously vanishes, but when, two years later, Asako meets what appears to be his look-alike in Tokyo, her world is thrown upside-down. Crisply shot and beautifully acted, Asako I & II plays like a strange kind of contemporary ghost story, one in which ghosts of the recent past appear in the most unexpected of ways. “Intoxicating. Hamaguchi’s mastery is making you hang on every moment to see how he undercuts or develops on his thesis. It’s thrilling to try and guess where he’ll take the story next.”—Davey Jenkins, Little White Lies. (119 mins.)

In Japanese with English subtitles.

TOO LATE TO DIE YOUNG

In this angular, sun-faded coming-of-age drama, Sotomayor Castillo excavates a certain feeling of youth in a teenage girl on the verge of adulthood: too old for naivete, too young for the hurt that comes with fledgling romance just outside the bounds of playground love. At a gathering of families seeking utopian, communal living in the mountains outside Santiago, 16-year-old Sofia (newcomer Demian Hernández) undergoes profound changes—her father increasingly distant, her mother nowhere in sight, and her slightly older love interest just out of firm grasp—scaffolding into a familiar feeling of tender malaise. As the harshness of the Pinochet regime began to fade from view in the early 1990s, Sofia—and so many like her—became an adult. Winner, Golden Leopard for Best Director, 2018 Locarno Film Festival. (110 mins.)

THE SILENCE OF OTHERS

Under General Francisco Franco’s fascist military dictatorship in Spain, lasting from 1939 until his death in 1975, the Spanish people endured unspeakable atrocities, with dissidents regularly tortured and killed and the country held in the thrall of state violence. Over six years of painstaking work, Bahar and Carracedo focus on the victims of this violent history, following groundbreaking legal proceedings in Argentinian courts geared toward bringing some of Franco’s most notorious lieutenants—many of whom still have streets and other public spaces named after them—to final justice. A film by turns an excavation, a deeply emotional journey to justice, and a vital portrait of a country coming to grips with its fascist past, The Silence of Others is a necessary affirmation of the will to live and the fight for lives free from violence. (96 mins.)

The question posed by the title of Astra Taylor’s (Examined Life, Zizek!) latest documentary is undoubtedly a huge one with massive implications for contemporary global society—but this piercingly forthright and wide-ranging film is surely up to the task. Shot over several years, What is Democracy? seeks to answer some of civilization’s most pressing questions, using illuminating interviews with such luminaries as Silvia Federici, Wendy Brown, Cornel West, and many others to expand our knowledge of this well-spread political system and give us some sense of its future in the age of Trump and Brexit. Beyond the experts, however, Taylor’s focus expands to the immigration crisis currently gripping Europe and the US, fashioning a brilliant film that will leave your mind churning with ideas. What is Democracy? “serves as a sharp reminder to pay attention to politics and to remember that the personal and the local are political.”—Charlie Phillips, The Guardian. (117 mins.)

Based on beloved Colombian-Ecuadorian artist Power Paola’s graphic novel of the same name, Virus Tropical is a brilliantly line-drawn, gorgeous black-and-white film covering roughly twenty years in the life of Paola, born to an average middle-class Bogotá family. Paola is a mischievous, spirited girl, blossoming into a headstrong young woman who’s something of an outsider. The filmmakers beautifully capture Paola’s—and her family’s—travails including new children, domestic dramas, upheavals, and the normal stuff of life, crafting a film of subtle power and nuanced emotional intelligence. “An amazing look at a life that feels both familiar and exotic, and if we look inward, perhaps all of our own adventures have the potential to fascinate in the same way.”—Josh Hurtado, Screen Anarchy. Winner, Audience Award, 2018 SXSW Film Festival. Ages 16+. (97 mins.)