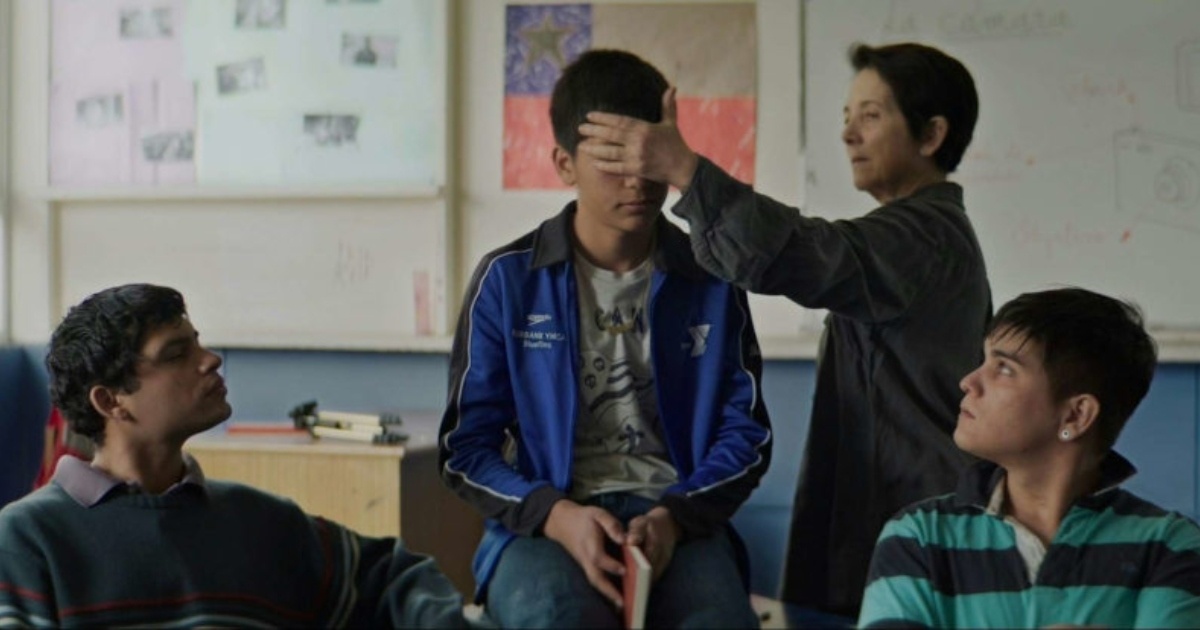 Neighboring Scenes is an annual film series hosted by Film At Lincoln Center, highlighting the latest and greatest in Latin American cinema. This year’s festival ran February 23-28, and here are a few highlights:

Starting off this deep dive into Neighboring Scenes 2022 is one of the more singular works within this intriguing lineup. Ostensibly a found footage film, Splinters is a haunting rumination on family and memory told through home videos originally shot by a then 12-year-old Natalia Garayalde of an explosion at a military facility near her family’s home in Rio Tercero in 1995. Garayalde’s debut feature, Splinters connects this harrowing moment in her family’s lives to the larger conversation around this event, which led to 300-plus people being injured and ultimately a political scandal that unveiled Argentina’s selling of missiles to Croatia and Ecuador. However, while this is very much part of the film’s text, the main focus remains on a human level, with Garayalde using this as a launching pad for a film more about family and history than anything resembling the thriller-type log line I just broke down. The archival footage is captivating, turning what could have been an intimate if frigid look into the experience of one family into a candid meditation on the destruction of a city and the horror that still runs through the region to this day. Even more so, the film finds its real power in the personal nature of the film. Garayalde doesn’t shy away from the horrors seen by her, her family, and the region directly affected here, facing these issues some 27 years on with a vastly different perspective from the day she originally shot the footage. There are some truly terrifying images here, particularly scenes like a lengthy drive through the “war zone,” and the blurring between the innocence of the 12-year-old Natalia and the harrowed maturity of the modern day Natalia turns Splinters into one of the more fascinating documentaries of recent memory.

Next up is yet another debut film, the documentary Dirty Feathers. Directed by Carlos Alfonso Corral, the film looks into the lives of the homeless community located near the US-Mexico border in El Paso and Ciudad Juarez, ranging in focus from a married couple to a 16-year-old girl. Produced by CriterionCast favorite Roberto Minervini, the documentarian’s influence is felt throughout here, particularly with the lush black and white photography and compassionate portrayal of the dispossessed, which is seen throughout Minervini’s career (feels ostensibly in conversation with a film like What You Gonna Do When The World’s On Fire). That said, it’s not a carbon copy of Minervini’s work, with Corral shining his light on a particular and under-discussed group of people. This is a gorgeously told picture, with its photography adding depth and emotion to an already heartbreaking piece of non-fiction filmmaking, and Corral proves to be a humane teller of this type of narrative. Lyrically told through verite aesthetics, Dirty Feathers is a rich, thoughtful and humanist portrayal of a group of people society appears more than willing to forget about.

3) About Everything There Is To Know

Continuing the trend of debut documentaries, number 3 on this list comes from director Sofia Velazquez, and tells the story less about a person or group of persons, and more the city they call home. About Everything sends viewers to Santiago de Chuco in northern Peru, which is a village most famous for being the home of, and subsequent inspiration for, beloved poet Cesar Vallejo, whose poems become a strange sort of inspiration for this thoughtful rumination on memory and identity. Told through the lens of casting calls, Velazquez’s film is a captivating look into the lives of those native to the area, taking the memories of these men and women and weaving them into a portrait of a population and the village they call home. This hybrid fiction/documentary feature is a breathtaking debut, taking the dream-like poetry of Vallejo and using that to inspire an occasionally surreal picture that blurs the line between performance and reality in a way only the most exciting of documentaries truly can. Crescendoing with stories like that of the blind Santiago, whose bell ringing becomes something almost nightmarish by film’s end, Velazquez’s debut is a mature, dense piece of work, a film that at 90 minutes, breezes by in a way only the most memorable of daydreams truly can. A one of a kind piece of modernist documentary.

By now you should have guessed that, above all else, this year’s Neighboring Scenes proves that modern Latin American cinema is home to some of the most exciting and form-pushing experiments in non-fiction filmmaking. Red Star is no different. Billed as both an essay film and, in some circles, a mockumentary of sorts, Red Star introduces viewers to filmmaker Sofia Bordenave, and blurs the line between fact and fiction with its story of two young roofers and the Russian Revolution. In 2017, Russian officials chose to segregate anything connected to the Russian Revolution to that of museums, hoping to lead to a loss of historical memory culturally. However, viewers here watch Nikita and Karl as they explore roofs, walk through city squares and hunt for historical remains while encountering a mysterious woman named Katya. All connecting to the work of Aleksandr Bogdanov, the film is a heady, yet startlingly intimate rumination on cultural memory and revolution. It’s a gorgeous, haunted piece of hybrid filmmaking that’s often quite dry, but if one can connect to its interest in an almost cosmic sense of history and the ramifications therein, it stands as a beautifully textured and nuanced work of filmmaking.

Closing out this list is the sole fiction film included here, yet ones whose roots are very firmly planted in the documentary-style neo-realist vein. My Brothers Dream Awake comes from director Claudia Huaiquimilla and tells the story of two boys living in a juvenile detention hall and the constant terror one feels within those walls. The second feature from Huaiquimilla introduces viewers to Angel and Franco, two boys locked up as they await their trial. Through the constant sense of dread a deep bond is formed, a bond that’s tested with the arrival of Jaime, and the planned escape he’s rumored to have set in motion. An affectionate, yet hauntingly bleak, character study, My Brothers Dream Awake is a beautiful, compassionate look into the world of marginalized youths in modern Chilean society, and while that sounds incredibly specific, the type of intimacy found here turns the proceedings into something deeply relatable. The performance are uniformly good, with the non-professional actors bringing not just a documentary-like cadence to the film, but also a vertie-like energy to this coming of age tale. Truly a one of a kind film from a fascinating young voice in cinema.