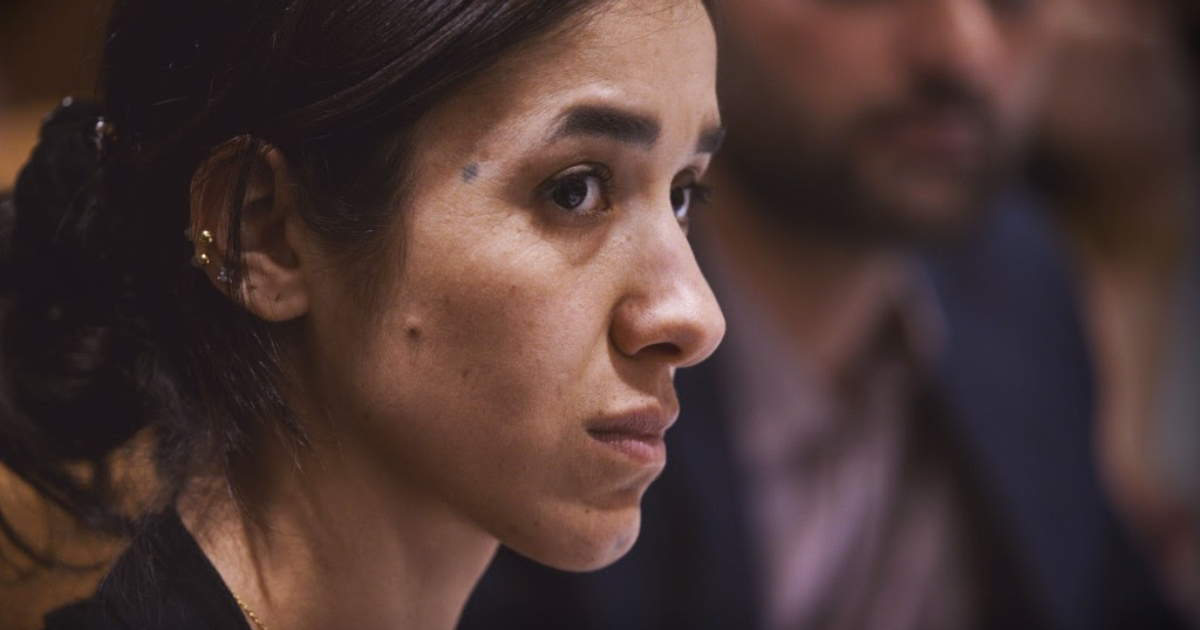 It goes without saying that we, as a planet, are on the brink of numerous global crises. Be it refugees being rejected by countries scared by festering racism or a woman trying to bring to light the heinous atrocities done to her people by ISIS, conflicts rage across the planet ranging from political to social, economic to religious. But how does this relate to a film festival? Well, now in its 29th variation, the Human Rights Watch Film Festival brings together the latest, greatest and most prescient looks at the state of society from across the planet.

Featuring 15 films, 12 of which are directed or co-directed by women, this year’s HRWFF slate is one of the festival’s most compelling, most exciting and most timely. Opening the festival may very well be its crown jewel, the powerful Sundance award-winning film On Her Shoulders. From director Alexandria Bombach, Shoulders tells the story of Nadia Murad, a 23-year-old woman whose story is utterly devastating. A survivor of atrocities against the Yezidi people in Iraq by the hands of ISIS in 2014, Murad escaped sexual slavery to become a spokesperson both for the Yezidi people and also minority groups writ-large in the Middle East. The film more or less follows her as she recounts her story to groups across the globe, all while becoming a more powerful voice in the fight against terrorism. Clocking in at just a pinch over 90 minutes, the film is a wonderfully and nuanced telling of a life given to fighting for those who can’t. It’s a, sadly, timeless story, but one that is rarely this captivating or this genuinely moving.

Book ending this film is the closing night picture, The Unafraid. From directors Anayansi Prado and Heather Courtney, The Unafraid is a story all too familiar to those who pay attention to the news here in the US. Prado and Courtney introduce us to High School seniors Alejandro, Silvia and Aldo, three Georgians banned by their state government from attending the five best public colleges or even getting in state tuition. Why? Because of the DACA status they currently have. While stories of undocumented Americans have become more and more prevalent as their lives have become even more under attack, seeing this experience through the eyes of driven and inspired youths is both saddening and genuinely uplifting. The three face daily trials and tribulations that face any teen on the verge of adulthood, but also the impact of ever growing racism isn’t far from their minds. Despite being a relatively straightforward piece of craftsmanship (the film’s structure is more or less run of the mill), the intimacy with which this story is told and the humanity put on screen is truly compelling.

Something that experiments a little more with the craft of documentary filmmaking is Naila And The Uprising. Directed by Julia Bacha, Naila is an impressively crafted look into the life of Naila Ayesh, a young revolutionary fighting in the 1987 Intifada in the Occupied Palestinian Territories. Mixing animation with interviews and archival materials, the film is something entirely its own when taken in context of this series, a breath of artistic creativity that is quite exciting. Women are front and center throughout this series, and Bacha’s look at one woman’s impact on an entire revolution is thrilling to see told in such a vital manner. The animation in particular is very good, at once refined but still with a distinct energy all its own. It’s a very well crafted and profound look at the power of one person within a larger revolution.

Finally, two other expertly crafted documentaries that are worthy of note are Neary Adeline Hay’s Angkar and Hans Block and Moritz Riesewiek’s The Cleaners. The former is caught somewhere inbetween the surrealism of Joshua Oppenheimer and the stark realism of Rithy Pahn, a film that looks at the life of Khnosaly Hay, a man returning to his home Cambodian village after spending over 40 years living in France following an escape from the Khmer Rouge. A first hand account of the atrocities committed by the Pol Pot regime, the film is an occasionally expressionistic documentary, taking its gorgeous photography and giving it over to a film that’s breathlessly tense and thrillingly intimate. The latter, The Cleaners is as unsettling as it is impeccably made. The film looks at a group of men and women, “cleaners,” who are hired by social media juggernauts to try and clean offensive images and videos from their platforms. A rarely talked about aspect of our digital lives, Cleaners is a brooding and haunting look at the seedy underbelly of the internet, a crisply told descent into the quite literal dark web. Not only do we become privy to the power held by social media conglomerates over the speech that’s put out on their websites, but also the devastating emotional and mental effects on the “cleaners” tasked with seeing these heinous images. One of the festival’s most darker films tonally and formally, The Cleaners is a powerful and ever pertinent piece of non-fiction storytelling.

These are just a few of the films featured in this year’s lineup, and for more information head over to the festival’s