Janus Films is well known for their theatrical re-releases of classic films from the past. This year they’ve toured the gorgeous restoration of Harold Lloyd’s Safety Last, the films of Pierre Etaix, Rossellini’s Journey To Italy, and most recently, a new 35mm print of Antonioni’s L’avventura. We also know that they have acquired the rights to David Cronenberg’s The Brood, and are planning a Jacques Demy retrospective.

Over the past several years, Janus Films has also picked up the rights to new films like Götz Spielmann’s Revanche, and Aki Kaurismäki’s Le Havre. Both of those yielded two of my favorite Criterion Collection discoveries since we began the podcast in 2009. We’ve just learned, via the TIFF website (courtesy of our eagle eyed friends at the forum), that Janus Films has acquired the US theatrical rights to Paolo Sorrentino’s La Grande Bellezza (The Great Beauty).

Provocative Italian auteur Paolo Sorrentino reunites with his Il Divo star Toni Servillo for this portrait of a world-weary journalist searching for his long-lost idealism while drifting through the dolce vita of Rome’s high spots and fleshpots.

The Great Beauty premiered at this year’s Cannes Film Festival to positive reviews, and after watching the trailer, I cannot wait until this makes its way to Portland. It’s safe to assume that Criterion will release the Blu-ray after Janus tours the film here in the States. If they follow Le Havre‘s example, it may hit the Hulu Plus channel a bit earlier than the home video release.

Some quotes from the reviews coming out of Cannes:

Like Fellini’s masterpiece, “The Great Beauty” uses an existentially exhausted figure as a Dantesque guide through the decadence of modern Roman life, presenting a panoply of characters with only minimal exaggeration.

Translated into English the title of Sorrentino’s film means “The Great Beauty,” but, please, let’s leave it in its mother tongue. There’s not a single frame of this abundantly gorgeous film that isn’t pure Italian. Gambardella’s world-weary look back at his sweet life, eclipsed by his turning sixty-five, is a dizzying fantasia of flash and filigree, and what it lacks in direct narrative is well patched-over with frenetic and emotion-rich sequences. This movie is a sight and sound workout.

Listen to the audio from the Cannes press conference here. (via David Hudson) 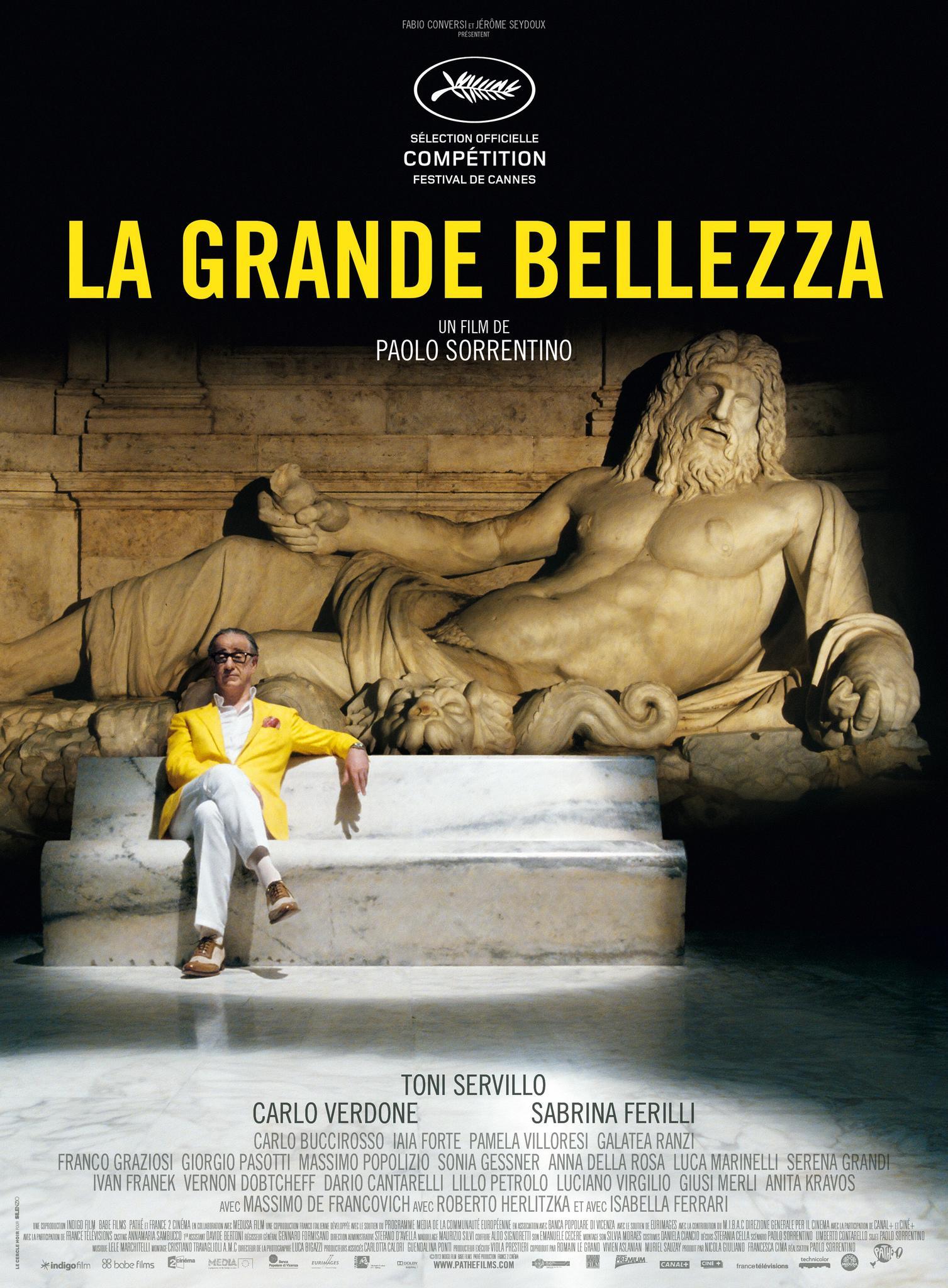