With a Criterion release already set for June, Janus Films is set to start touring a new restoration of Harold Lloyd’s beloved masterpiece, Safety Last, and in preparation of that release, a new trailer and a stunning poster have arrived from the distributors.

The trailer clocks in at a paltry 82 seconds, but from the very first frame of action, you see just what type of film this truly is. Starting with a portion of the legendary clock sequence, the trailer hints at all the different aspects of the comedic genius, ranging from his physicality to his ability to play as a romantic lead.

As for the poster, it’s basically a straight port of the Criterion home video cover artwork, but it’s solid. The use of “new restoration” as a marquee on a building is inventive, and with nothing really popping out, this feels streamlined and something I hope Janus puts in their store for purchase relatively soon. Fingers are crossed.

Check both out below, and make sure to keep an eye out for this re-release, when it starts rolling out on April 13 at the James River Film Festival in Richmond, VA. 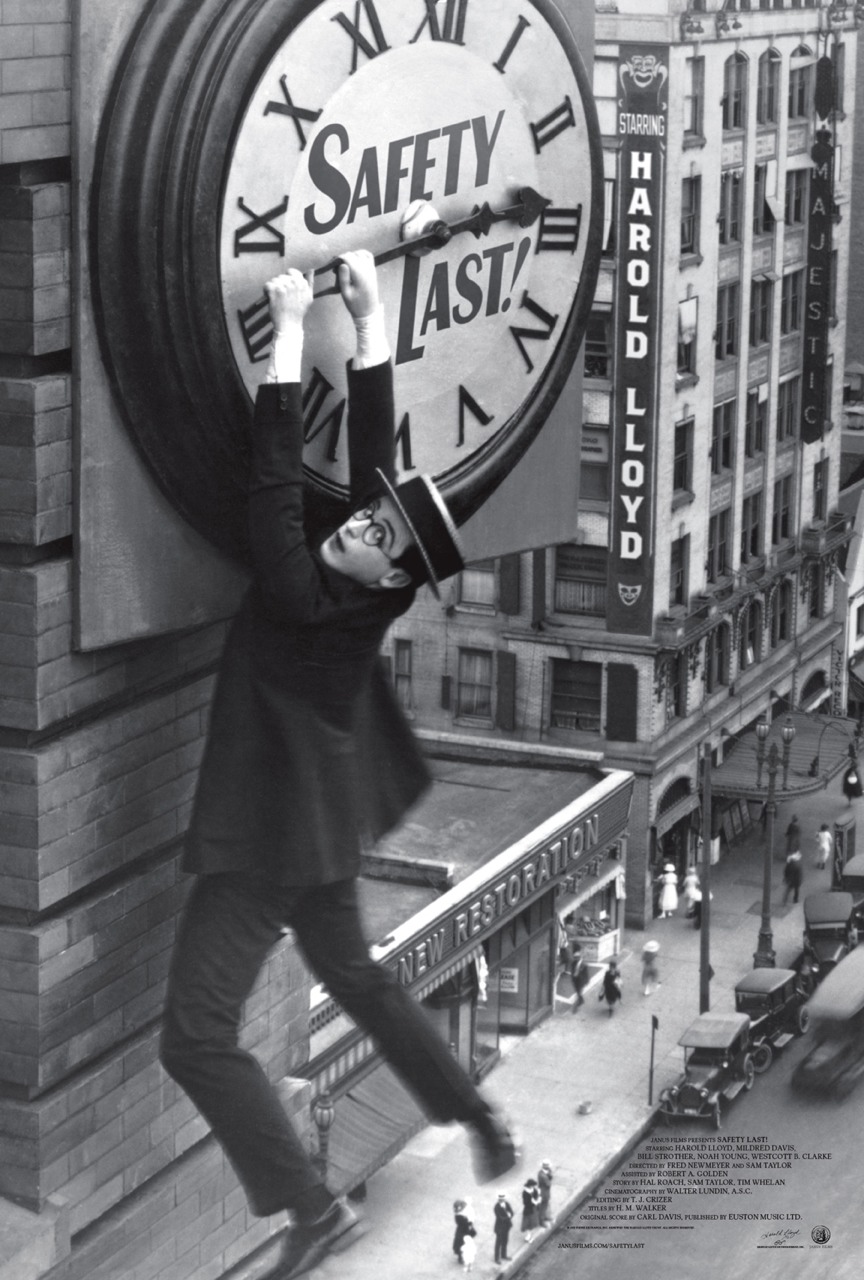