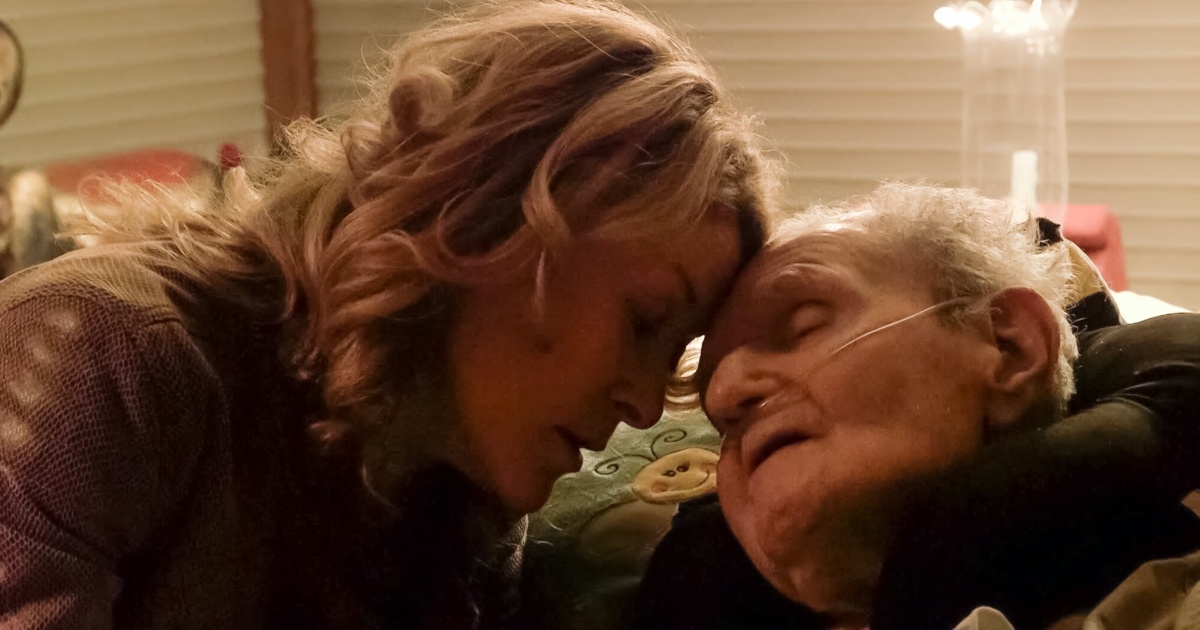 When one looks at the synopsis for Ondi Timoner’s latest film, Last Flight Home, an overwhelming uneasiness may set in.

In her latest documentary, Timoner places people squarely at her father’s bedside, Eli, as he progresses through the 15-day process of medically terminating his life. Ostensibly a biography of her father as told both by him and those who came to know and love him, Last Flight Home is a 101-minute log diary about the man’s life as reflected on during his final days.

Mandated by California’s End of Life Option Act, the 15-day wait period for medically-assisted suicide makes for a perfect structure for Timoner’s profoundly personal and intimate documentary. Far from the morbid nature of the logline, the film is a warm and thoughtful picture, at once about what it’s like to say goodbye and also how something like assisted suicide allows all parties real humanity and grace at a moment where that’s both desired and deserved.

Himself turning the film from morbid rumination on death to a story of an insatiable entrepreneur, Timoner’s film embraces Eli’s charismatic nature to tell his larger-than-life story. Founder of Air Florida in the 1970s, Eli was a man of some import and renown, and viewers watch as he takes his impending demise with both humor and kindness. Timoner chronicles his final interactions with various friends and family and even gets to interact with people he has connected with without even knowing it, primarily MSNBC host Rachel Maddow. While this scene specifically feels strangely distant and cold (doesn’t help that it’s over a Zoom call, scenes of which there are many and none land, but that’s more an issue of the medium than the film itself).

However, Eli’s an absolutely engrossing screen presence. Funny and self-deprecating, he makes for a fascinating vessel for the larger conversation around assisted suicide and the humanity it gives men and women who are facing the end of their lives. While there are a few sequences that are strangely manipulative (there are sequences where Eli admits to not liking certain aspects but wants to make Ondi “happy”), the majority of this film is tender, deeply personal, and in a way that’s genuinely surprising. There’s something inherently performative to the process of “saying goodbye,” but that doesn’t feel like the case here, with Timoner smartly capturing moments of genuine vulnerability. Whenever a camera is present, performances arise sure, but there’s a looseness to the proceedings that feel more Verite than previously expected. From the “help me end this agony” that viewers become privy to at the start of the film, there’s a cloud of impending doom over the film, with the bursts of light and beauty coming through in the interactions this once energetic man-about-town shares with the various people who have come into his life and ended up loving him greatly.

While this may lack the sheer political oomph of a film like 2011’s How To Die In Oregon, Last Flight Home is in its way a profoundly effective argument for the right to end one’s life on their terms. Timoner crafts a personal, intimate portrait of a man facing the end with grace and humanity, and a film that’s as much about her father as it is about our relationship to death. A tactile, beautiful portrait of humanity when our days are numbered.