Mondo Presents A Gorgeous Down By Law Poster, On Sale Tomorrow

Over the past few years, the folks over at Mondo Tees have produced the finest, limited edition, film themed prints / posters that the world has seen. The “limited” factor is what makes them truly special (of course the fact that they are visually and physically doesn’t hurt either). Folks will spend hours refreshing their browsers, in the hopes that they manage to get one of the prints in their shopping cart, and check out before they sell out.

They done an incredible series of Star Wars prints over the past few months, and have recently begun releasing prints based on Guillermo Del Toro’s films (I cannot wait to see what happens with Cronos). Today they announced that they’ll be releasing a new print based on Jim Jarmusch’s Down By Law, which recently screened at the Alamo Ritz in Austin as a part of their Music Monday series. This print was designed by the artist, Rich Kelly.

Down By Law is one of my favorite Jarmusch films, and one hell of a twist on the prison break genre. I really hope we see a Blu-ray of this film at some point in 2011. Be sure to follow Mondo on Twitter, and hope that you’re fast on the draw, when purchasing one of the prints. They usually run anywhere from $60-100, plus shipping. You’ll also want to invest in a nice frame once it arrives, as putting a thumbtack in one of these beauties would lead to the geek authorities busting down your door. I’m linking to the DVD on Amazon below, if you don’t already own it (you should!). 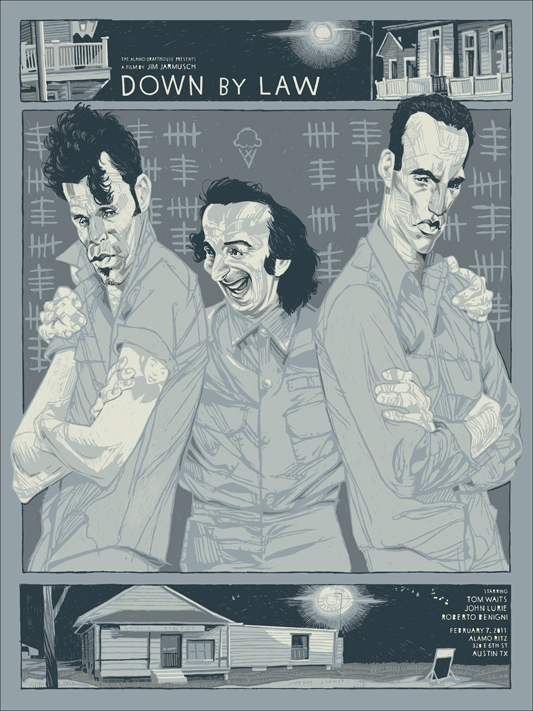 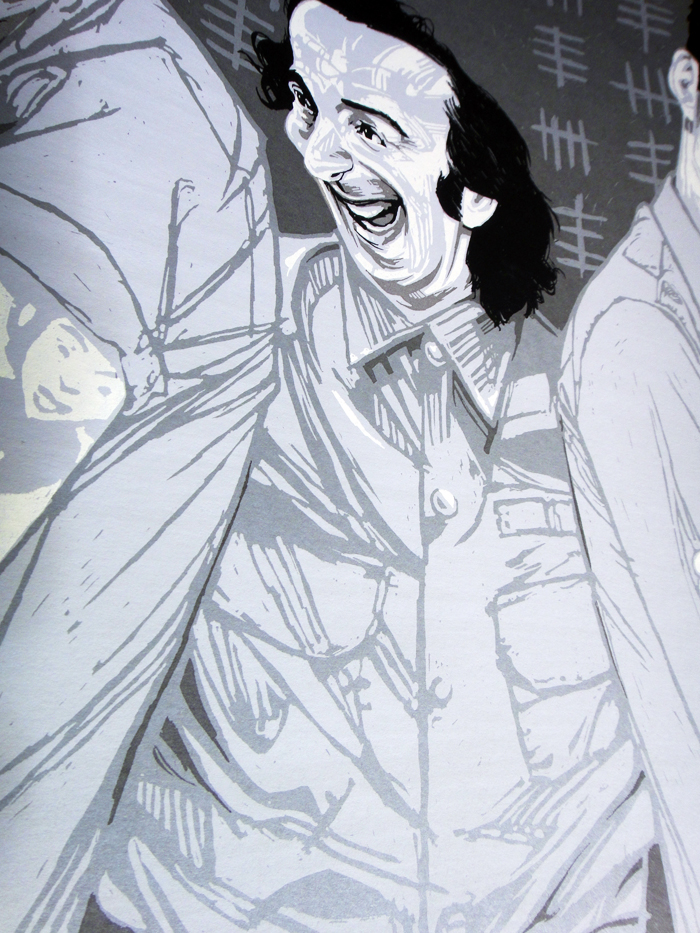 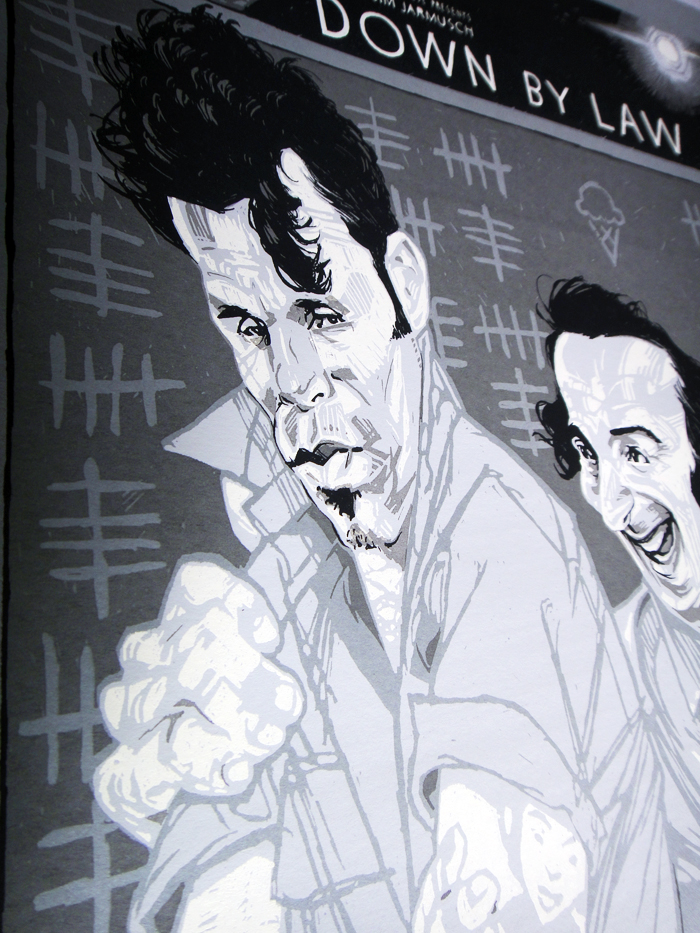 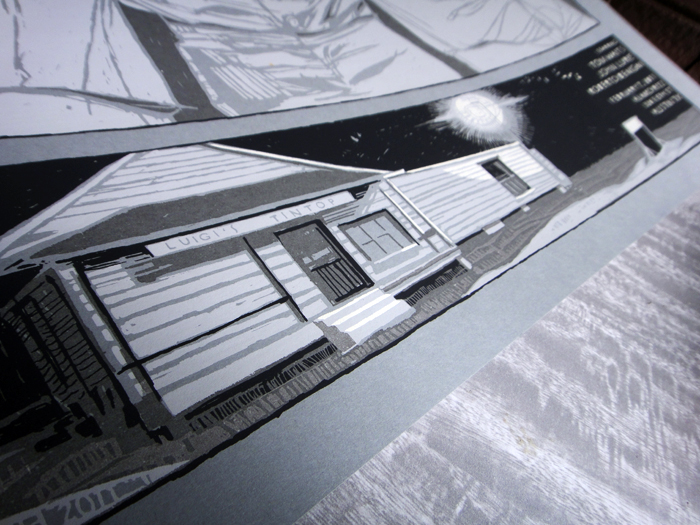