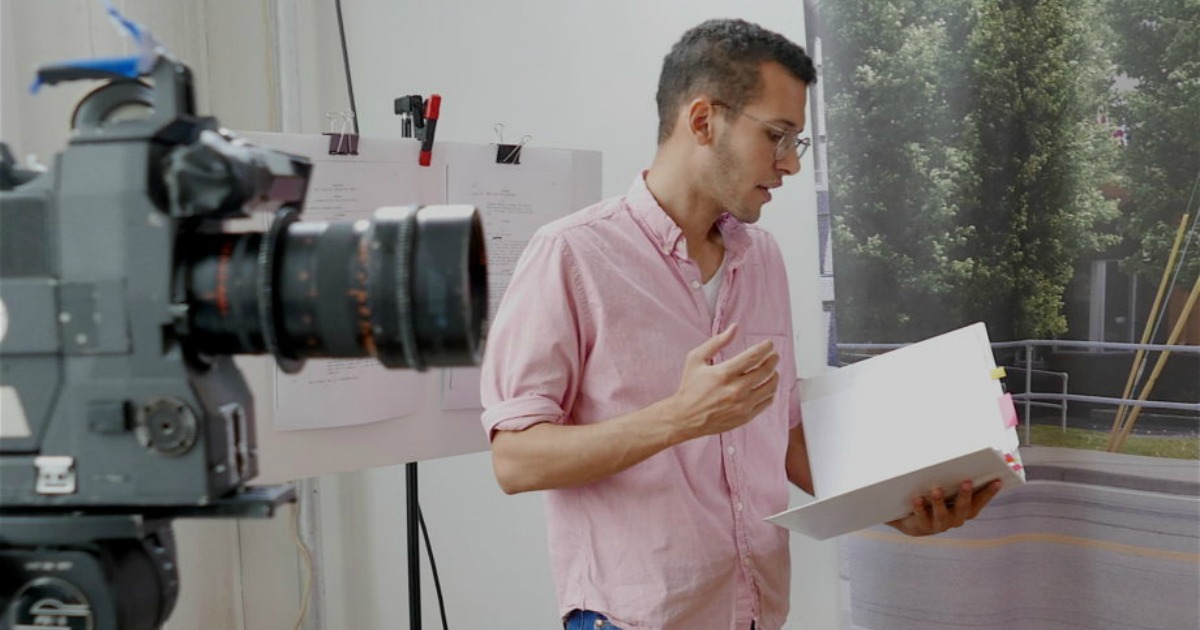 Nothing says Independence Day quite like a three-plus hour long experimental narrative feature whose sole aesthetic quality is a slow shift in screen color. Right?

Well, according to the fine folks at Mubi, that’s how they see fit to celebrate the holiday, as they have taken this day to release the weirdly magnetic new film from artist James N. Kienitz Wilkins, entitled The Republic.

Championed both by the film festival scene (his film Indefinite Pitch screened at festivals like New York and Locarno) and the art scene (his film Mediums was made part of the 2017 Whitney Biennial), Wilkns has become a hot commodity in the experimental film scene, and this is maybe his most ambitious picture yet. The film sees the director team with an ensemble cast of 15 different actors, all to tell the story of a collection of Libertarian men who let in the spouse of a traitor with hopes of making it through the most dangerous winter yet.

These men aren’t your run of the mill “don’t tread on me” Libertarians. Living in relative isolation, the men live in a series of homes and trade goods, tend to crops and livestock, and even try new technology if it could potentially increase their life expectancy. Strict in many ways, these men live and die by the contracts they sign, and when William fails to make good on two of his most important contracts due apparently to falling in love with and marrying a woman in town (breaking yet another promise made to the collective), he’s set for execution. What follows is a 215-minute long experiment in filmed storytelling that is as singularly beautiful as it is politically intriguing.

The performances here, of which we only hear voices, are quite entertaining. Very much rooted in the type of vocal performances one would hear on an episode of Welcome To Nightvale, the film is a far denser piece of work, as the views of political utopia and modern Libertarian philosophy are knotty and deeply rooted in the picture’s central narrative. But what about aesthetics? Well, keeping with Wilkins’ interest in experimenting with the cinematic form (just look to his fellow 2017 feature film, Common Carrier, and its use of superimpositions) The Republic is a simple yet moving piece of work. Starting out with a pitch black screen, the film progressively turns white, until in the final act it is almost unbearable to look at. It’s a simple conceit, yet the use of full frame, the full screen, is almost rapturous. The gradual change in color is subtle as are the film’s central themes, and the two are closely linked.

As interesting a political statement as this film is, it’s also intriguing to watch a filmmaker blur lines not between something like TV and Film as is so common, but the once non-existent line between film and radio plays or podcasts. This is the type of art installation that is once at home in a museum and the absolutely perfect type of project to see streaming on any service. And the service of choice here is Mubi. Starting on July 4 the company will be streaming the film on their service, and if you’re sick of family or drunken friends this holiday, why not try this film out for size?