For a cinephile like me, this may very well be the iPhone or the iPod Touch’s killer app.

Thursday saw the release of Netflix’s Watch Instant application for Apple’s respective products, and follows the April launch of the company’s application for the iPad. This puts the massive collection of films available on Watch Instant, into the palm of any iPhone or iPod Touch user’s hands. 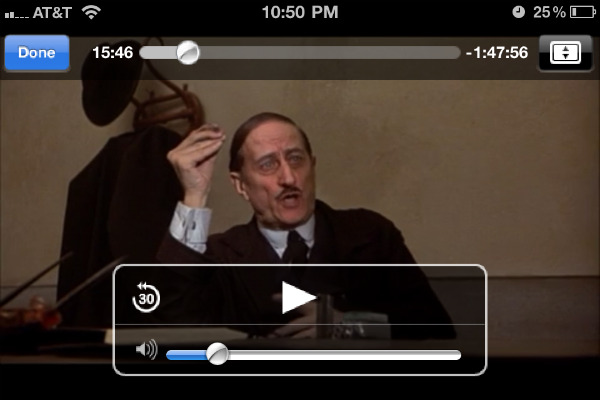 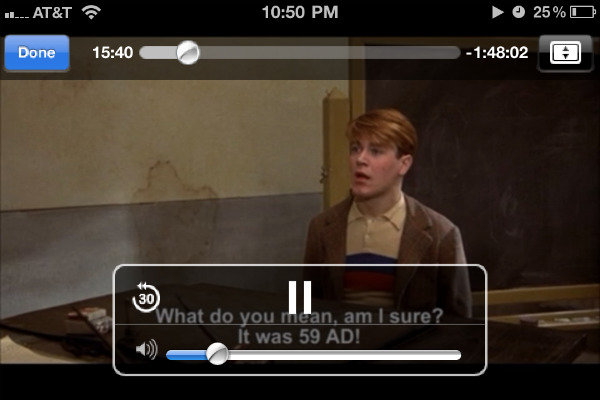 I wish I were one of those people.

Personally, while I’m not at all a fan of the idea of watching a film on a cell phone, as I genuinely think it diminishes the cinematic experience, I do like the idea of having the chance to start or finish a television show, say an episode of something like Weeds, that I watched at home, on a bus ride to or from campus. I wouldn’t use it much, but the option is something that is definitely a worthwhile one.

What do you think about this application?

LOS GATOS, Calif., Aug. 26 /PRNewswire-FirstCall/ — Netflix, Inc. (Nasdaq: NFLX) today announced the availability of its free Netflix App for iPhone and iPod touch, allowing Netflix members on plans starting at just $8.99 a month to instantly watch a vast selection of TV episodes and movies streamed to their iPhone or iPod touch at no additional cost.

The Netflix App is available for free from the App Store on iPhone and iPod touch or at www.itunes.com/appstore/.

“Apple has changed the game for mobile devices,” said Reed Hastings, Netflix co-founder and chief executive officer. “We’re excited that our members can now carry Netflix around in their pockets and instantly watch movies and TV shows streamed from Netflix right to their iPhone or iPod touch.”

The Netflix App delivers a high-quality viewing experience, a broad array of movie and TV choices and a clean, intuitive interface. It is available via both Wi-Fi and 3G networks. TV episodes and movies are conveniently organized into a variety of categories based on members’ personal preferences, popular genres, new arrivals and members’ individual instant Queues. Members can choose a movie or TV episode from any of the lists and just tap the innovative Multi-Touch user interface to watch instantly or to save the title for viewing later.

Additionally, users have the option of fast-forwarding and rewinding the video stream, and stopping at any time. When users want to start watching again, the video stream starts exactly where it was stopped, even on a different device capable of streaming from Netflix.