When a film gets as engaging and thrilling a trailer as the one that Steven Soderbergh’s upcoming film, Contagion, had received, one would expect an equally amazing poster.   However, while the first true one sheet for the upcoming film is fine, it’s not as inspired as the much talked about trailer.

Yahoo has the poster, which is best described as a collection of the six previously released character posters, with a great tagline, reading ‘nothing spreads like fear.’   Again, the poster isn’t the most inspired of promotional materials, but it is very much a worthwhile, and beautiful, poster.

That said, this does appear like a much more studio-backed poster, particularly more than the Neil Kellerhouse poster for Soderbergh’s next feature, Haywire.   I’m not hugely sold on this poster, but overall is a very serviceable bit of art, and something that will hold one over until the film finally hits theaters on September 9. 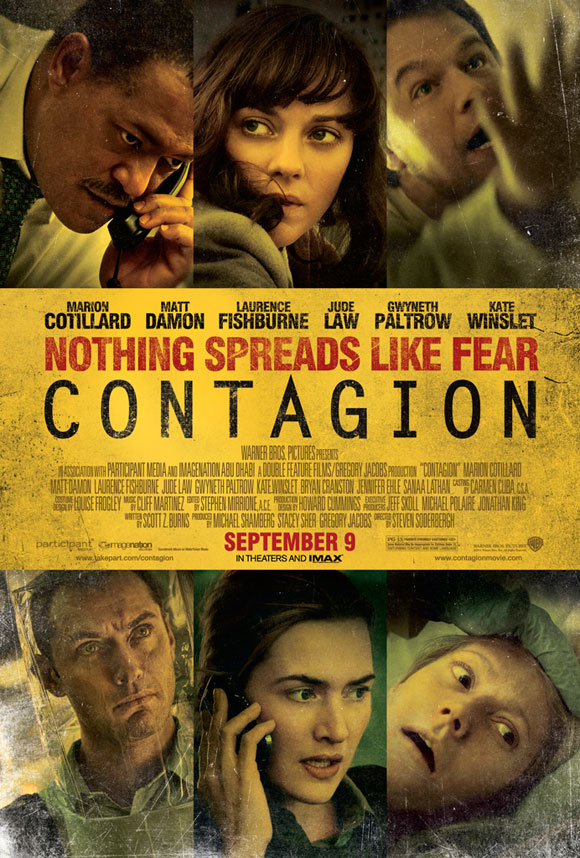 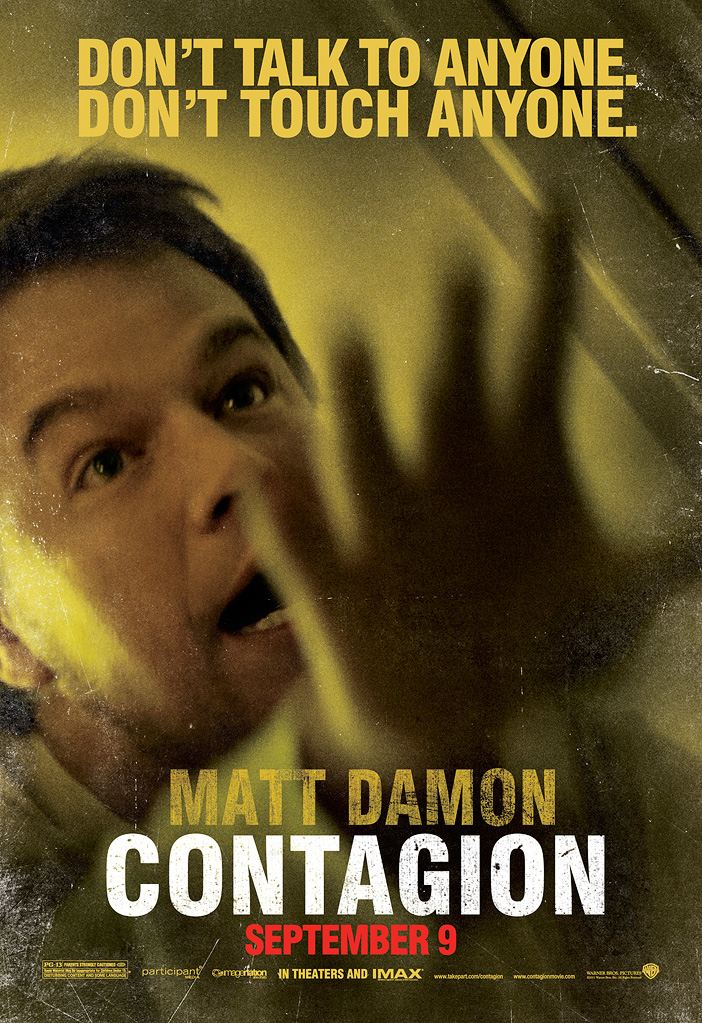 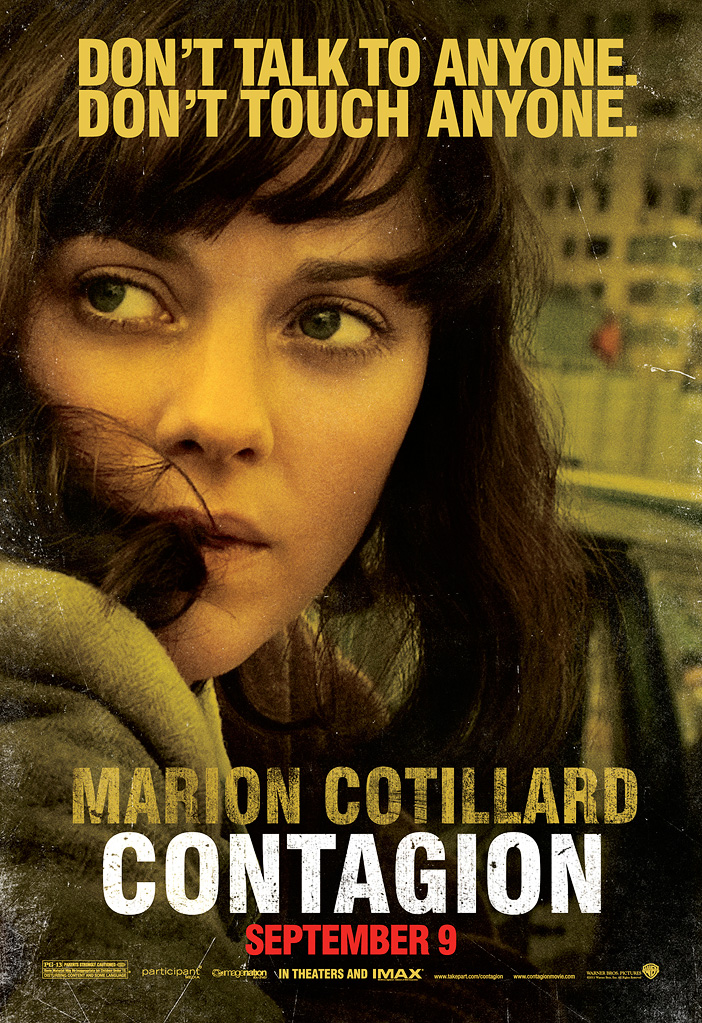 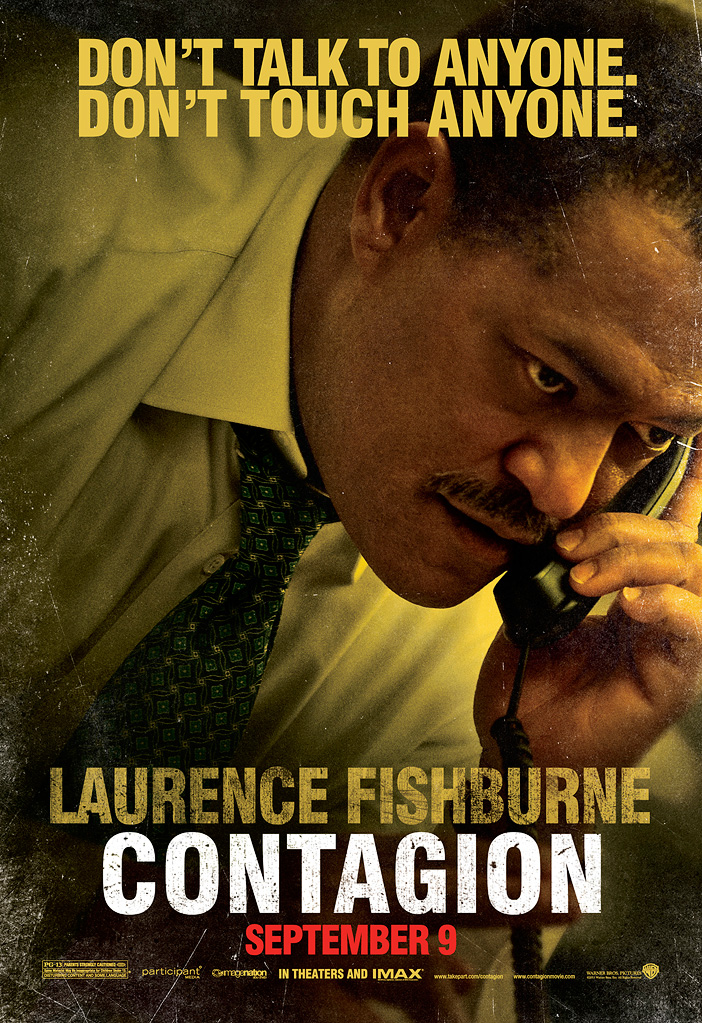 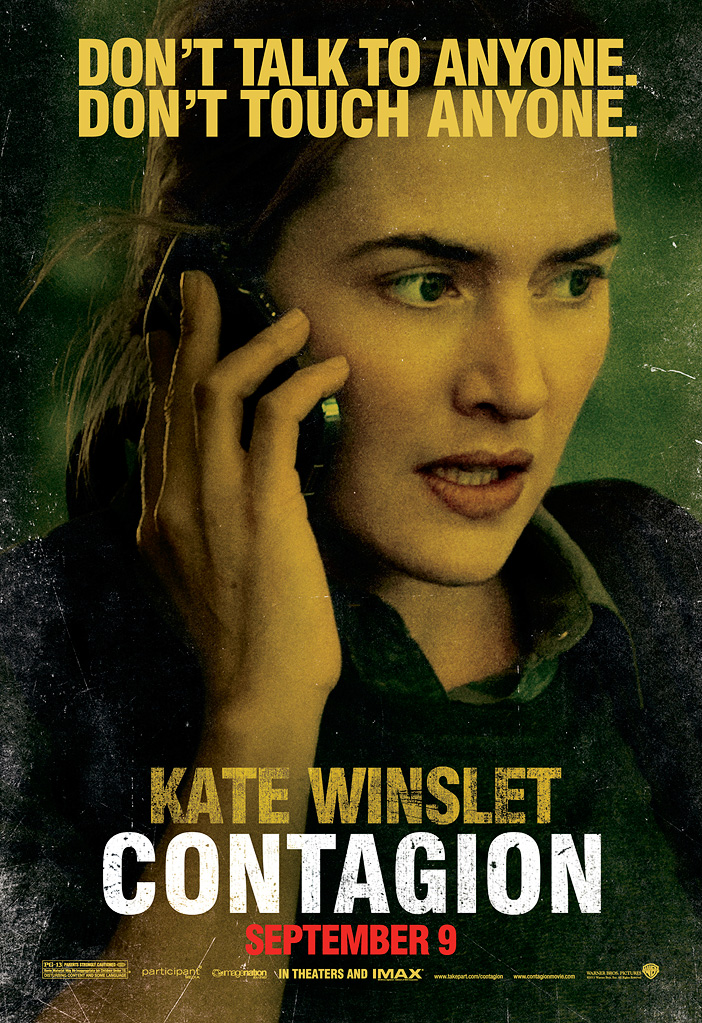 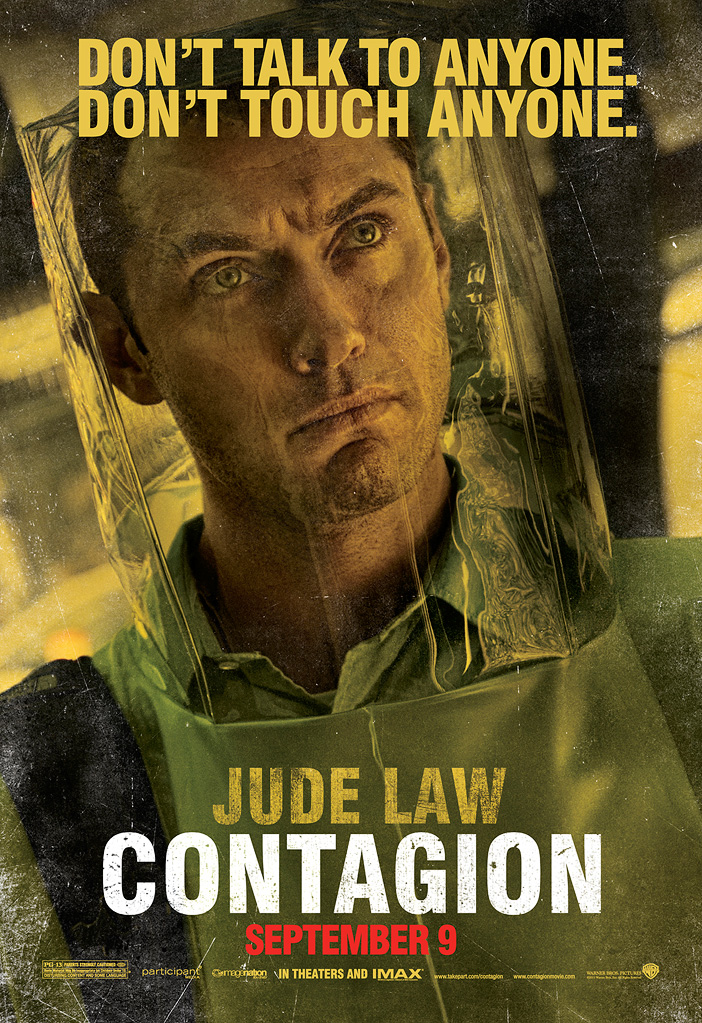 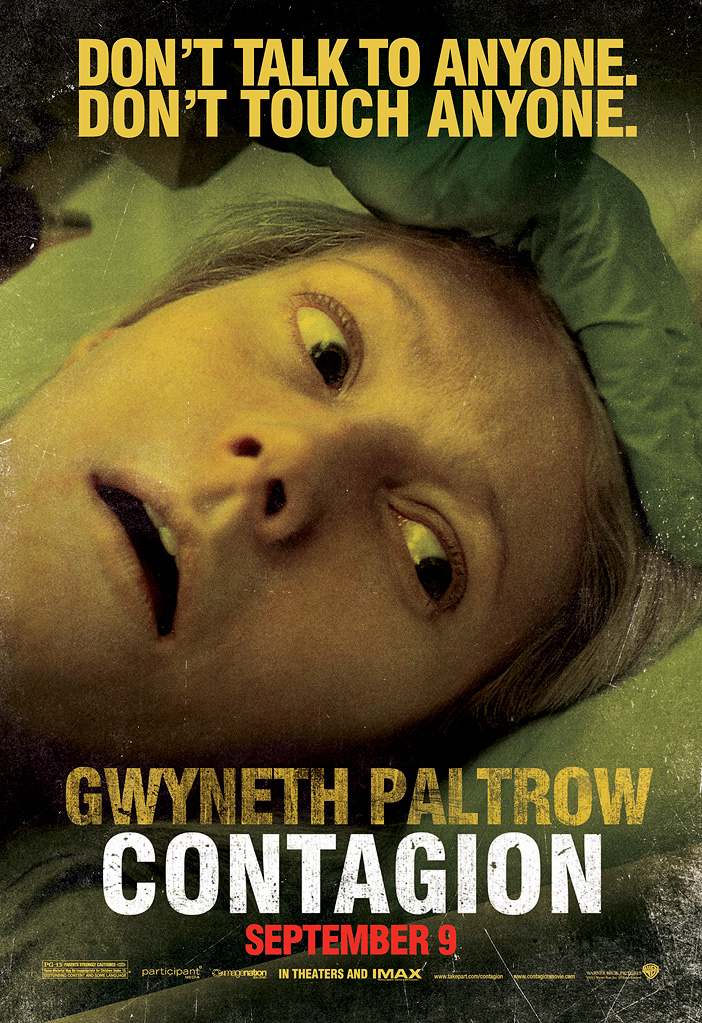