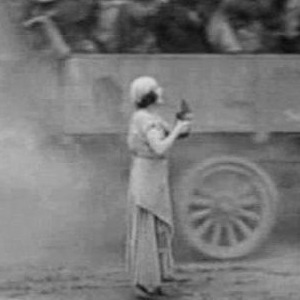 With most film festivals pertaining to new films hitting theaters for the first time, or at least early in its theatrical run, one annual festival looks at the classics in film history.

The TCM Classic Film Festival will once again bring classic film fans together in Hollywood, this time, for a handful of deeply intriguing events.

Leading the way will be the world premiere of a new restoration of King Vidor’s  Big Parade. The film, starring John Gilbert and Renee Adoree, follows the story of a soldier who falls for a woman while in France during World War I. It’s a great feature, and should make for one hell of a new restoration. Maybe a Criterion Blu-ray could be on the way? Or at least a Blu-ray in general. It’s a gorgeous film, so fingers are crossed.

Next is a tribute to Albert Maysles, with a special screening of films like  Gimme Shelter  and  Salesman, and there will also be a 50th  anniversary screening of Alfred Hitchcock’s  The Birds, continuing the recent run of Hitchcock being one of the most talked about names in the world of film.

Overall, while I’m not going to be able to see any of these screenings, I sure as hell would love to. Each of these (as well as a screening of  The Razor’s Edge) sound really intriguing, particularly the Vidor film. It’s a beautiful picture, and is surely going to look fantastic with this new transfer.