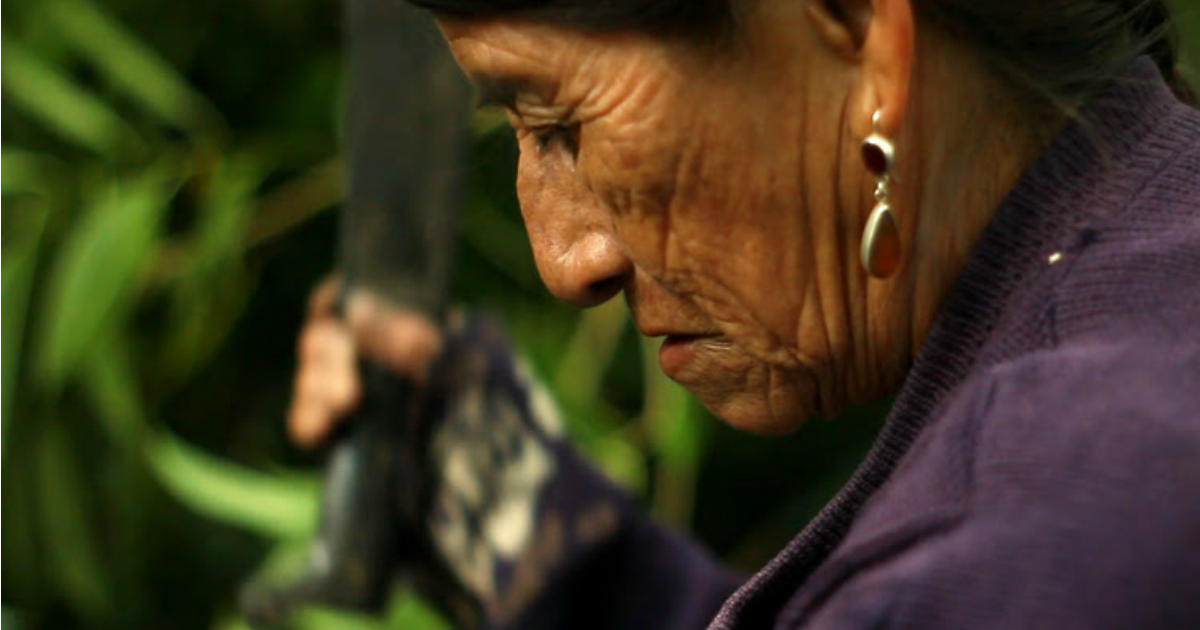 While the majority of film fanatics will be flocking to Park City, Utah in the coming days for the latest installment of the Sundance Film Festival, many of today’s most interesting young filmmakers in the world of fiction and non-fiction film will bring their newest films to a slightly different festival. Opposite its big brother is Slamdance, the oft-forgotten but oft-thrilling sister festival also held in Park City, this year running from January 20-26.

One of the film’s playing this year’s festival is the debut documentary from the team of director Charles Fairbanks and activist Saul Kak, entitled The Modern Jungle. Billed as a new spin on the ever evolving ethnographic documentary, Modern Jungle will be premiering as part of the documentary competition at Slamdance, and is a superbly made piece of work.

While Fairbanks has experience as a filmmaker, Kak is an artist and an activist, and this new film takes a deep look at a subject profoundly close to her. A Mexican Zoque artist herself, Kak’s focus with this film is to shine a light and meditate on the relationship between Zoque culture and the world around it, as the latter evolves on a global scale. The film’s narrative is one of ebbs and flows, splitting time between the widowed Carmen and a shaman caught in the claws of a supplement scheme.

However, the profundity comes in the formal experimentation on the part of Fairbanks and Kak. Both are players, of sorts, within the picture, paying their subjects for their work on the film and not afraid to become literal players within any given sequence. A distillation of the modern documentary’s interest in blurring the line between not only fact and fiction but truth and performance, The Modern Jungle is a briskly paced documentary that brings its viewers intimately close to a culture taking its last gasps of air.

And we here at The CriterionCast are lucky enough to have an exclusive new trailer for this film, in honor of its US Premiere at Slamdance. Enjoy this evocative new trailer that hints at both the film’s style and tone. It’s a beauty.