As you can tell from his previous pieces of work, when director Peter Jackson does something, he does it as big as humanly possible.   The Hobbit will apparently be no different.

According to Engadget, The Hobbit will not only be entirely in 3D, but will be shot solely on a collection of 30 RED EPIC cameras.   The news comes directly from RED founder Jim Jannard, and not only will the film be using these cameras, but Jannard also announced that those with deep pockets could also shoot their films with this camera. 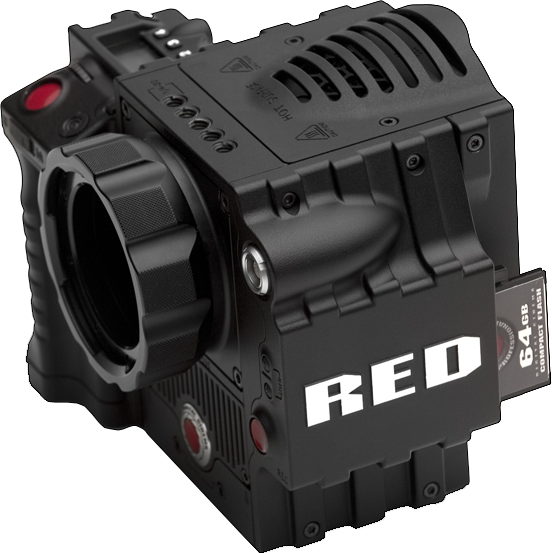 Apparently, people interested in buying a RED EPIC camera set up; including an EPIC-M body, titanium PL mount, Bomb EFV, a 5-inch LCD touchscreen, four batteries, charger and a storage module with four 128GB hard drives, simply need to shell out $58,000 and all of that will be theirs.

The RED camera isn’t a new piece of hardware, as it has become the go-to camera for various filmmakers, particularly Steven Soderbergh, who famously used the camera on his epic film, the Criterion Collection member known as Che.   It’s an absolutely stunning piece of hardware, and while I may not have been a fan of the Lord Of The Rings franchise, this news definitely makes me interested to see what Jackson will be doing with The Hobbit.

Che and the Digital Cinema Revolution from high rez on

About the RED EPIC:

EPIC is the realization of a dream, the dream to provide the world with a true digital successor to film. Boasting 5K resolution, six times the resolution of HD video, and up to 120 frame per second shooting rates, in a package small enough to be handheld and at a fraction of the cost that anything that it competes with, EPIC is the motion picture camera of the future. The product of years of research and development by the world’s leading engineers, EPIC represents the state-of-the-art in digital acquisition and positions RED as one of the world leaders in sensor design. Built upon the enormous success of the company’s first camera, the RED ONE, EPIC represents the culmination of an effort to produce the world’s best camera, as at home in the still photographer’s world as it is in the motion picture world. Based on the concept of DSMC (Digital Still & Motion Camera) EPIC provides a camera with a 14MP sensor capable of shooting from one frame to 120 frames per second. Blurred forever is the line dividing still and motion.

In keeping with the company’s mantra of “Obsolescence Obsolete”, EPIC has been designed to accept virtually all of the RED ONE accessories, and takes the philosophy one step further by being designed as a fully modular camera, able to be configured as a small and light “run and gun” camera or as a fully capable cine camera with the addition of application specific modules. Offering a wide choice of media modules, viewing solutions, power options and carrying rigs, EPIC is able to be configured in literally millions of operational modes and is destined to become the swiss army knife of professional digital cameras. Adding to this enormous flexibility, EPIC also offers a choice of interchangeable lens mounts, allowing the user to select PL mount, Canon EF mount, Nikon mount and specialized RED Electronic mount lenses. Never before has the photographer/cinematographer been given so many options in lens choice and configurations.

With EPIC, the possibilities for what the future holds are limitless. Offering 5K resolution, or an image over five thousand pixels across, the processed image is still measured at over 4K, significantly more than 35mm motion picture film. RED’s recent developments in extending dynamic range with HDRxâ„¢, a remarkable tool as significant as REDCODE itself, have allowed exposure latitude as great as 18 stops, again, bettering film. This advance forward in digital quality is the cornerstone in the belief that film’s days are numbered and exist as the motivation for providing a rightful digital successor to film. EPIC’s launch at the end of 2010 is just the beginning, as research and development continues in the quest to not only reach film’s quality, but to surpass it. Resolution, dynamic range, faster read-reset sensor times, superior image control and adjustment, streamlined workflow strategies and the immediate gratification that only digital acquisition can provide, conspire together to offer the most sophisticated and capable camera ever manufactured.

As remarkable and revolutionary as the technology in EPIC is, it would all be for nought if there were not a simple and high quality solution for capturing the enormous amount of data that the camera produces. It is no secret that one of the many reasons that competitive manufacturers have not tackled ultra high definition systems is the problem of capturing and storing the voluminous data. RED’s solution is called REDCODE, an extraordinary wavelet based lossless compression algorithm that compresses raw data from the sensor and allows the flood of information to be captured on media as small and convenient as a compact flash card. This revolutionary achievement is a technological breakthrough, as the unprocessed raw information is compressed with no visible loss, offering a variety of compression choices and allowing the user to choose the best compression for the job. REDCODE, alone, stands as one of RED’s most remarkable achievements and provides the core technology to allow EPIC to accept the passing of the baton from film.