Redbox Reveals Details Of Their Streaming Service, Including Price Point

With Netflix, Fandor and of course, Hulu, taking over much of the media-streaming market share, there doesn’t appear to be much room for those little red kiosks and their company, Redbox, to muscle in their direction. But don’t tell that to them, as they are readying a beta test for their new service, Redbox Instant.

For the price of $8, one can have unlimited streaming from the service, as well as four DVD rentals, with an upgrade to Blu-rays for just one dollar more per month. With a Blu-ray rental price point at $1.50 a night, for four rentals to make up $6 of a $9 price point, that’s a mighty fine deal right there. 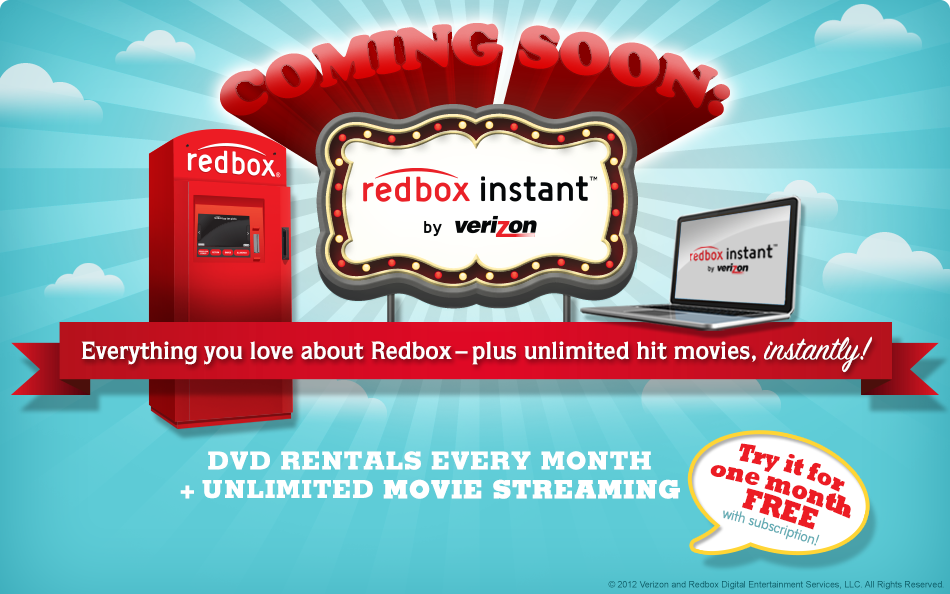 Yes, the selection will be admittedly limited (after all, with brick and mortar stores still kicking and libraries holding a wide variety of classics it could be hard for a cinephile to budge with this reveal) for the average person, this could be killer. With streaming capabilities on TVs, Android devices, on iOS and even Google TV, this could be a solid alternative for average people who are looking simply for a good streaming service with a solid price point. I’m not going to be dumping Netflix, Hulu or Fandor for this, nor will I be adding the service, but who knows? I know a lot of people who will be in love with this deal. The four rentals really change things a bit.