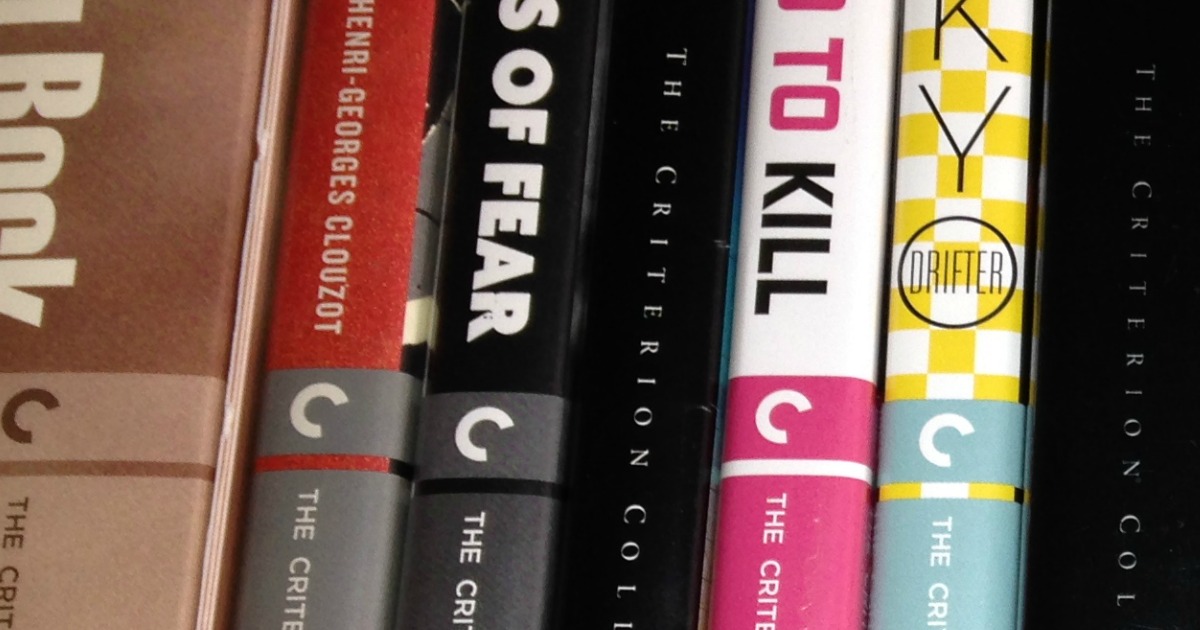 Here are a few Criterion-related links, to start your day.

Wim Wenders confirms (again) that the Road Trilogy is coming to Criterion (Here is the post from a few years ago that tippped us off, initially)

Pressed for more about what’s coming from Criterion, Wenders seemed reluctant to get into full details, but confirmed that his Road Trilogy— “Alice In The Cities,” “The Wrong Move,” and “Kings of the Road”— would surface on the boutique DVD label

The doc follows the band from its inception in 1980s London, using footage from the members’ personal archives, before catching up with the five members through recent interviews, tracking the band’s enduring influence on music and fashion.

For the Dissolve, Noel Murray reviews the recent Monte Hellman double-feature from Criterion

From the muted, soulful performances by Oates (who became one of Hellman’s most important collaborators over the next decade) and Will Hutchins (playing Gashade’s dangerously naive cohort, Coley) to the way Hellman keeps finding unusual places to set and to move the camera, The Shooting keeps making the Western genre feel new, as though it had no conventions.

I like Carlotta Films’ presentation of Orson Welles’ Macbeth a lot. Obviously, in an ideal world the film could look better on Blu-ray, but this would mean that all existing elements are in terrific condition and are easily accessible. Considering what has been previously done by other parties and what makes sense financially, I think that the end result is very good — this new two-disc set features the longer 119-minute reconstructed version of Macbeth and the shorter 86-minute theatrical version of the film. There are also some excellent supplemental features, but unfortunately they are not subtitled in English.

Over at the LA Times, Ethan Hawke chats about Boyhood

Do you have conversations with them [his kids] about this kind of thing, about separating fact from fiction?

We have really complicated conversations about that. Ultimately I believe telling the truth in art — writing books or playing music or whatever it is — is to alleviate the shame of the common energy running through all of us, to say we’re not as alone as we feel. But it’s funny, people think it’s me and Ellar in these characters. And I always say that we’re not really playing ourselves. In a large way both of us are playing [director] Rick.

Over at the Guardian, Mike Leigh chats about his childhood

“I remember life at home becoming a battlefield every night,” Leigh says. “There were rows about nothing really. And what Dr Leigh was really doing, of course, was giving me a lifetime’s ammunition for my film-making. But the screaming matches were awful, terrible, horrifying to remember.”