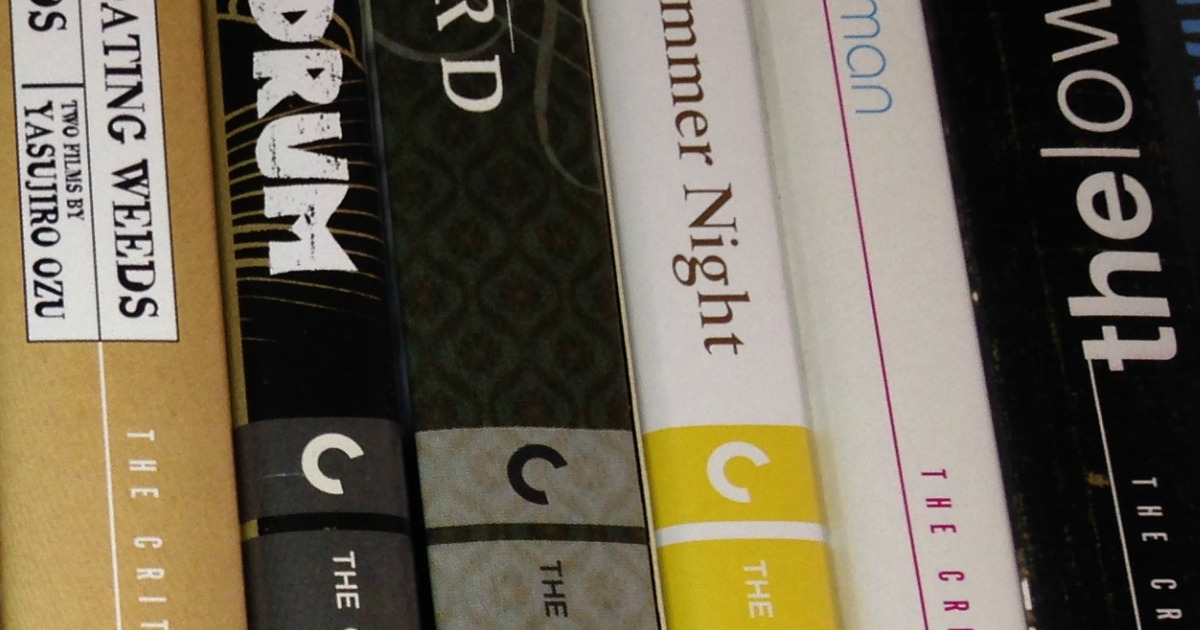 More Hitchcock Blu-rays are coming to the UK

Network Distributing have announced the January release of three of Alfred Hitchcock’s most celebrated early films as part of ‘The British Film’ collection: The Man Who Knew Too Much, Young and Innocent and The Lady Vanishes.

Safe is brilliant at executing one of my favorite tricks: making the mundane (in this case, the truly terribly mundane) horrific, without changing the basic nature of the mundane.

Over at Criticwire, Max O’Connell writes about Altman’s McCabe And Mrs. Miller

It’s among Altman’s greatest films because its grandest themes – the end of the Old West, the rise of modern civilization – come through in an intimate story, one that never reduces its characters to symbolic figures. Paired with Leonard Cohen’s mournful songs and Vilmos Zsigmond’s evocative, hazy cinematography, it’s the most emotional movie Altman ever made.

For Twitchfilm, Dave Canfield reviews All That Jazz

Confused by Fosse’s choice to create such a monstrous  portrait in his own image, star Ann Reinking, who plays Gideon’s mistress in the film, asked the director about it. Fosses response was provocative. By amping up the negative aspects of Gideon he would be able to drive home the point of story: narcissism.

Jonathan Rosenbaum has republished an interview from 2012, on the French New Wave

There’s a danger in being nostalgic about any era, especially if this leads to deceiving oneself about the past and/or the present. I don’t think that “cinema” was necessarily better understood during the New Wave era, nor was it necessarily better. How could we know such a thing? Grasping what’s right in front of us is never easy, and it wasn’t easier then.

Over at The Guardian, Alex von Tunzelmann writes about the history (and accuracy) of Alexander Korda’s The Private Life Of Henry VIII

Though not totally historically accurate, the portrayal of the king in this rambunctious 1933 release by Charles Laughton is the culturally definitive version, inspiring countless imitations

At Dangerous Minds, Oliver Hall writes about Philip K. Dick and his love of The Man Who Fell To Earth

…when Ratner took the stage, he dispelled his bawdy reputation by telling the crowd that he brought his grandmother as his date. The “Hercules” director brought a prop to enrich his acceptance speech: a LaserDisc copy of “The Silence of the Lambs,” the first LaserDisc he ever purchased. Ratner cited Jonathan Demme’s director’s commentary on the disc, which he listened to “a hundred times,” as formative to his career.

Jesus Diaz has reposted the speech from the end of The Great Dictator, over on his Sploid Gawker blog.

For some people in this age of cynicism, it will be easy to disregard Chaplin’s final speech in The Great Dictator as naive and stereotypical. We are so preoccupied with our own little miseries, so disenchanted with so many broken promises, so fat and lazy in our own comfort, so complacent in our view of the tiny world around us, so obsessed gawking through the tiny windows to other people’s worlds, that we—or at least some of us—have forgotten to aspire to something else. A greater good. A better us.

Over on Fandor’s Keyframe blog, Susan Gerhard has published the 25 Best Feature Films of 2014.