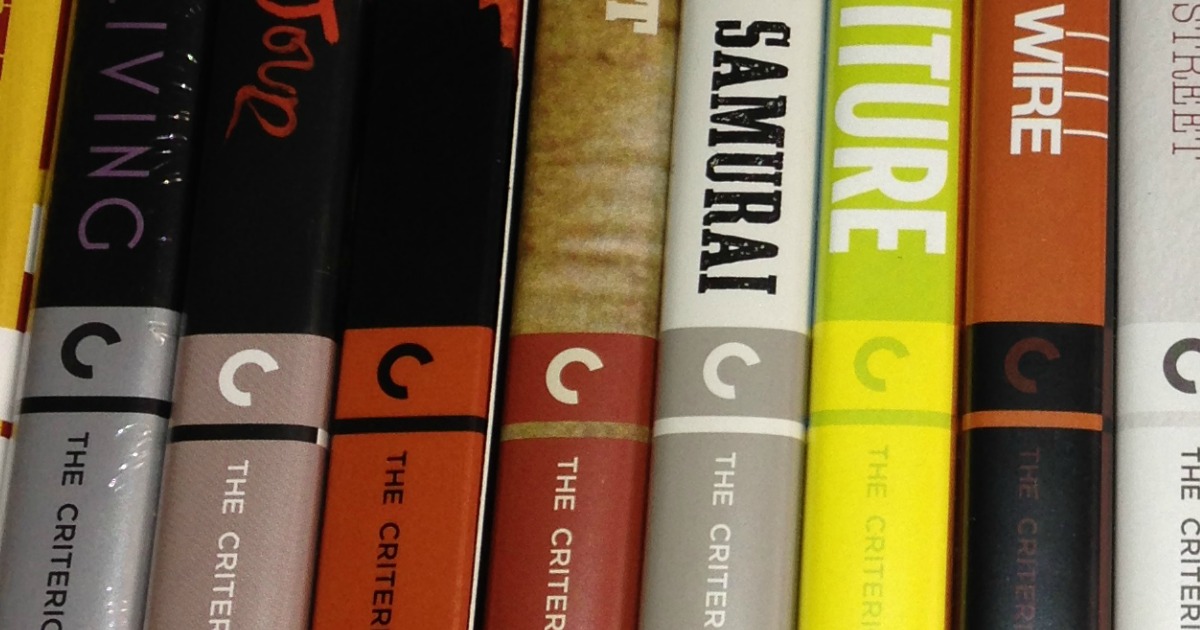 Rounding up the day’s Criterion-related links.

The 2015 Sundance Film Festival has announced its line-up.

Ullmann stays wise to Strindberg’s pitiless if arguably woman-phobic adult understanding of human feelings, and matches his skill for bringing upstairs-downstairs melodrama to a bleak boiling point. Echoing with a tuneful Schubert piano trio, this cavernous yet airless mansion is the perfect arena for a war between lovers, or would-be lovers, whose fusillades include much shouting, sobbing, and mutual bootlicking.

Jonathan Rosenbaum has republished a 2007 article, in which he rediscovered Ali: Fear Eats The Soul

Yet on reflection, it’s entirely possible that contemporary readings of Ali , however hip, oversimplified or factored out many of its contradictions and conflicts, for at least two reasons — the overtouted relation to Sirk, and the power of the two lead performances, both of which tended to make viewers overlook other elements. Which is another way of saying that the film’s emotional impact triumphs over what might otherwise be perceived as intellectual confusion and stylistic impurity.

Over at CriticWire, Max O’Connell rounds up a number of reviews of John Frankenheimer’s Seconds, for their “Classic of the week” column.

“Seconds” touches on a number of other roles played in the 60s – husband, working man, artist, member of counterculture – but it’s given new weight with another several decades of context, a career-defining movie about a man whose ultimate fate and secret life is now inextricable from his movies.

…there is much to love in A Day in The Country. A couple of great performances from the two lovers anchor the film, while the romance/storm montage is striking in its beauty and poetic framing. The depiction of the city/country dichotomy is quite stereotypical, but the film is not striving for any complex grand investigation. It’s equally easy to forgive the “no-means-yes” kiss scene, which has been replicated hundreds of times before and after this film.

Over at Ferdy On Films, Marilyn Ferdinand writes about Le Beau Serge

From the standpoint of filmcraft, Le beau Serge shows the influence of the Italian Neorealist movement. Like the Neorealists, he populates his frames with actual villagers and shoots from life, with natural lighting. A village dance looks and sounds quite like a similar dance in Luchino Visconti’s early Neorealist film Obsessione (1943). Yet, Chabrol includes a score by Émile Delpierre that telegraphs feeling in a very melodramatic way. Some have criticized the score, but it is part and parcel of Chabrol’s heightened sense of reality and wicked humor, a dark opposite to the light and urbane music of Tati.

For DVDTalk, Ian Jane has published his review of the upcoming Criterion Collection Blu-ray of The Night Porter

The Night Porter is a bleak film, at times a fairly unpleasant and depressing watch, but so too it is bold in its depictions of the dark side of love and incredibly well made. If it’s not a picture for all tastes, so be it but those who appreciate challenging and though provoking cinema made with plenty of artistic flourishes and brave, convincing performances should find much to appreciate here.

Over at Badass Digest, Devin has a powerful piece connecting Do The Right Thing with yesterday’s events in New York. Black lives matter.

If you’re on the hunt for more film podcasts to listen to, Shipra Gupta has compiled a great list.

Whether you’re a cinephile, an executive-type, an aspiring filmmaker or even all of the above; there’s a podcast out there for everybody and we compiled this list to help you find it.

Over at Little White Lies, Ann Lee has written up a nice list of Wong Kar-wai’s “Best Scenes”

Love hurts in Wong Kar-wai’s films. As a director, he finds intoxicating beauty in broken hearts and melancholy poetry in missed opportunities. The Chinese auteur shines a dazzling, saturated neon light on the maddening complexities of relationships. He tells ravishing stories of introspective souls searching for love, sometimes getting it but more often than not running away from it. They’re scared, not of the other person, but of their own failings.

For Variety, Justin Chang has a really fantastic piece on the Dardennes brothers, and their latest film

Crucial to the success of the experiment was Cotillard’s willingness to throw herself into the Dardennes’ signature five-week rehearsal process — an essential preparation period that at times felt closer to live theater than to cinema. The intensity didn’t let up when filming began: Because the Dardennes rely on long, unbroken shots, in which the camera often seems to be racing to keep up with the characters, the production required as many as 50 to 100 takes per scene to ensure that editor Marie-Helene Dozo had enough to work with.

The University Of Illinois Press has published this interview with Michael Koresky, discussing his new book on Terence Davies

Q: For those who are unfamiliar with Davies’s ouevre, what is the film you’d recommend as the first step into appreciating his work?

Koresky: I would always recommend the one-two punch of Distant Voices/Still Lives and The Long Day Closes to begin, since they’re so personal and they express so much of what he tries to put into all his work. Yet I know many people who began with his most recent, The Deep Blue Sea, a Terence Rattigan adaptation, and then worked their way back, and this seems to be fruitful as well. There’s a distinct style that runs through all his films, so that even those that seem so far afield from his own experience, like the American-set The House of Mirth and The Neon Bible, seem to emanate from the same artistic consciousness. Really, you could start anywhere and you’d be equally struck by his immense cinematic brilliance—his pacing, his compositions, his direction of actors. It’s a singular vision.