A whimsical story about living an impractical life based on a childhood promise. While playing on stilts as a child, Percival Pilts declares that he’ll ‘never again let his feet touch the ground!’ He stays true to his word and compelled ever higher, he builds his stilts so tall that he no longer fits into normal society.

Based on the poetry of Jacques Prévert and originally part of the “En sortant de l’ecole” series, the “Tant de Forets” (So Many Forests) poem denounces the destruction of forests to make paper pulp, but paper is used to alert people about the threats of deforestation.

An anxious young man who has a moving experience at a friend’s house party. A story of fleeting love, of mixed emotions, and of how we interact with each other.

Animated clay paintings tell the true story of the last house on a sinking island in the Chesapeake Bay, a large and important estuary and waterway in Maryland, on the East Coast of the United States. In an Old-Time Music ballad, the house sings of its life and the creatures it has sheltered during its lifetime journey from tree, to timber, to home, to an ultimate return to nature. It contemplates time, environmental change, and the rise of the seas.

BEHIND THE TREES, created by Amanda Palmer and Avi Ofer

An imaginative animated short created from a found voice memo, “Behind the Trees” features Amanda Palmer’s reflections on the curious things her husband- Neil Gaiman- mutters while he sleeps.

WE CAN’T LIVE WITHOUT THE COSMOS, created by Konstantin Bronzit

Two cosmonauts, two friends, try to do their best in their everyday training life to make their common dream a reality. But this story is not only about the dream.

A universe made completely of paper is the starting point of this love story, as past, present and future events emerge from the folds in the paper. A young woman discovers a message of love enclosed in a folded paper bird. She then witnesses the tragic fate of her admirer‘s goldfish. What can she do? This riveting love story is told through the medium of line drawings.

At a massive factory, the workers have all been given one simple instruction: paint stripes on the boxes. The work is getting done in the usual, monotonous way… that is until one of the workers decides to paint his boxes a little differently.

In the early years of the 20th century, two climbers make the traditional ascent, carrying a statue of the Virgin Mary to the top of the mountain. Their trip does not go according to plan.

LOVE IN THE TIME OF MARCH MADNESS, directed by Melissa Johnson and Robertino Zambrano

Melissa Johnson hit 6’4’’ tall in 8th grade. Although this made her an instant basketball star, “Love in the Time of March Madness” follows her hilarious and awkward misadventures in romance as she dates shorter men and gets cheered or jeered wherever she goes. Blazing with honesty and dark humor, this animated “tall short” is a true story about embracing difference that is certain to disarm and delight.

A little girl is taken on a mind-bending tour of her distant future.

The festival will be touring around the country, and eventually landing here in Portland in November. I cannot wait to see these films, especially World Of Tomorrow, on the big screen. 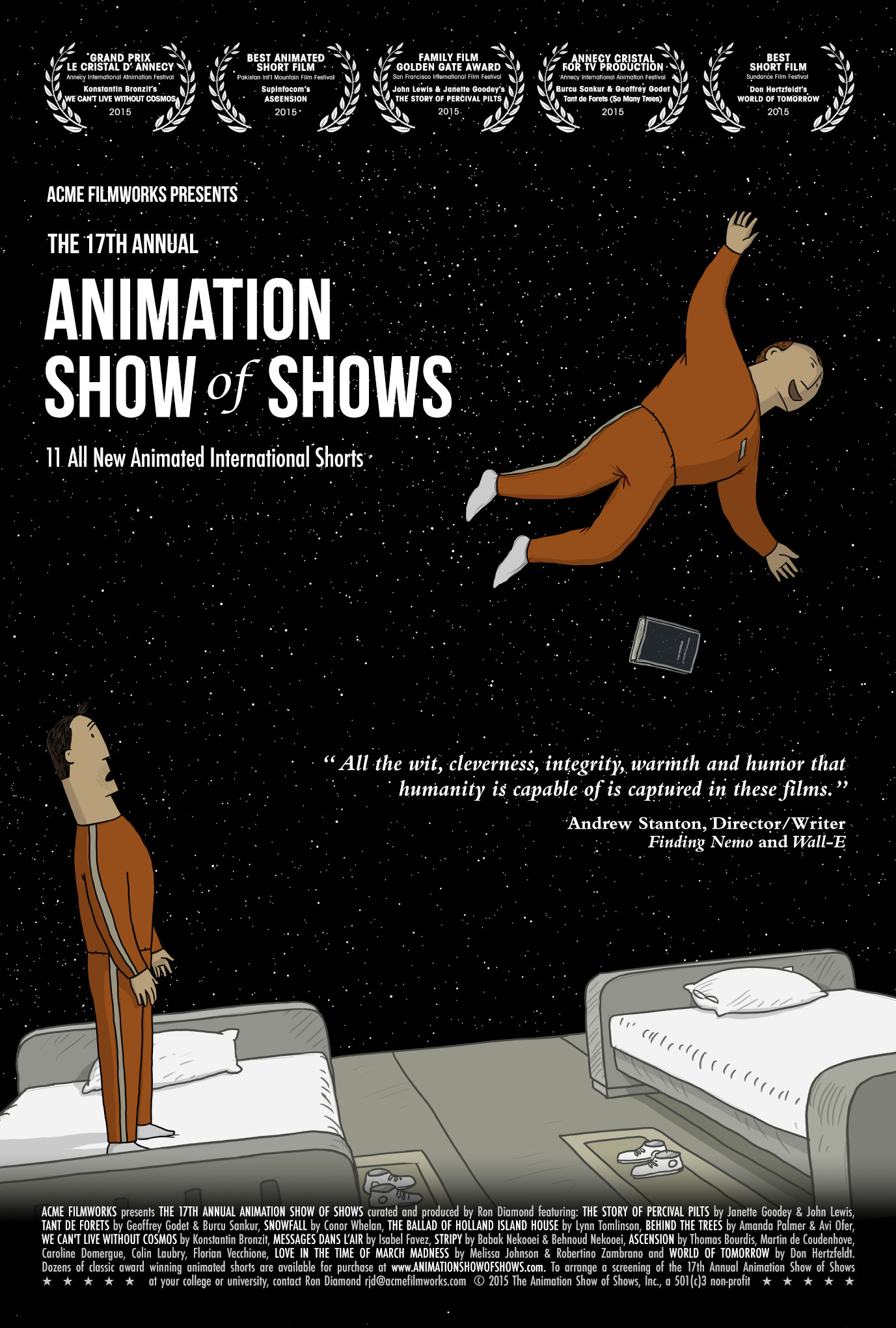