It may not be a full film, but at least it’s new Terry Gilliam.

Thanks to Collider, we have the new poster and some footage from the new short film, The Legend of Hallowdega, a new short film that the Brazil director has made for AMP Energy.

The film stars Justin Kirk and David Arqutte as a TV show host and ‘techno-geek paranormal expert’ respectively.  Rudie., James  and I got a chance to see the trailer this past weekend at New York Comic-Con, and while the glimpses we’ve seen have all been massively short, I will tell you this one thing, it sure as hell looks like a Gilliam piece.

Personally, while I’d much rather see the auteur do an actual feature film, particularly after seeing the wonderful The Imaginarium of Dr. Parnassus late last year, this is definitely a good bit of film to hold us Gilliam acolytes over for the time being.

For those of you like me who are interested in the full film, it will be available at the official website, with the first part of the film set to debut on ESPN during the AMP Energy Juice 500 at Talladega on the same night, October 31.

Here’s the film’s synopsis and trailer.

Legend of Hallowdega from Bernie Albers on 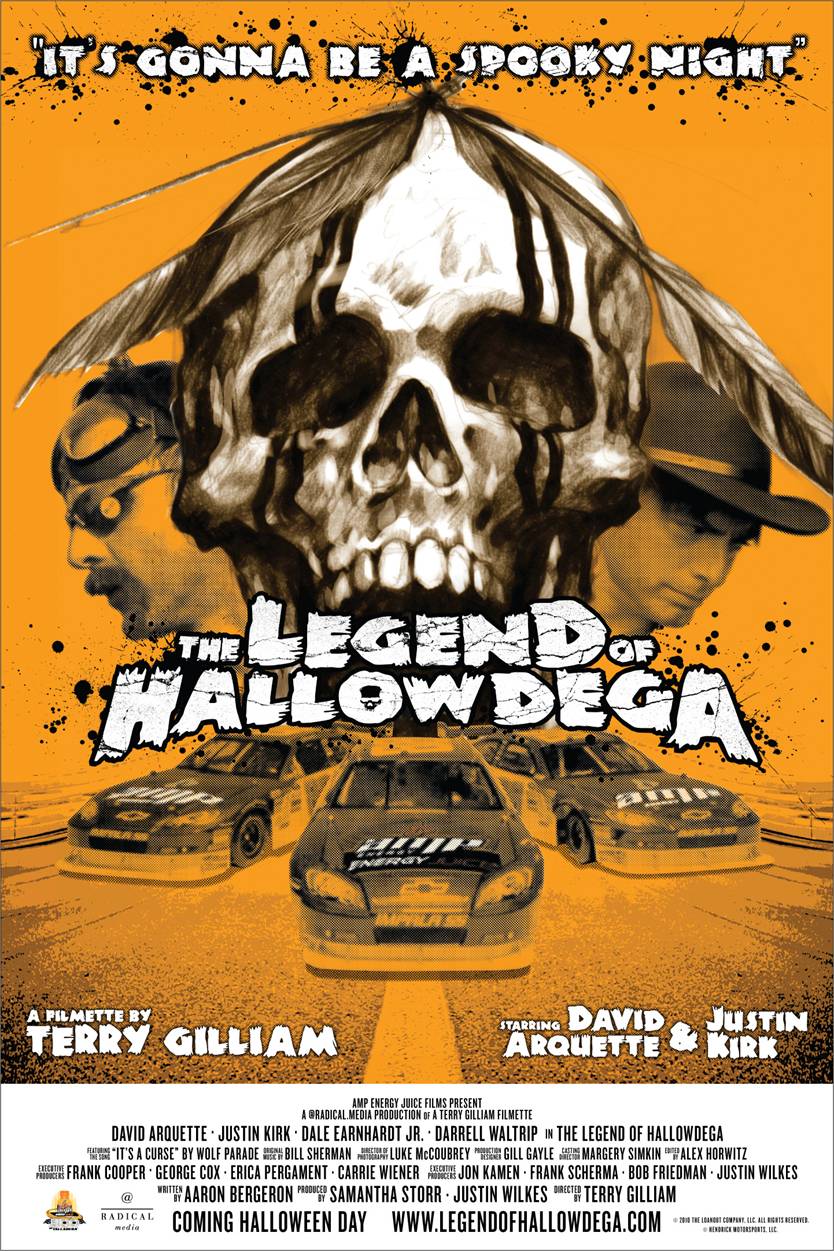