Next month, the folks at Janus Films will begin touring the theatrical tour of the recently restored “Marseille” trilogy from Marcel Pagnol: Marius, Fanny, and Cesar. The films will open on January 4th at the Film Forum in New York.

We learned back in September at Telluride, when the trilogy was attributed to Janus, that they’d be handling the theatrical release of the films here in the states.

Janus Films is handling the new restorations of The Pagnol Trilogy (screening at Telluride) pic.twitter.com/DyENzp7lIe

Earlier this week, Janus unveiled the poster for the tour as well, featuring artwork by Manuele Fior, who designed the artwork for Janus’ release of Le Havre.

While we don’t have a date at this point for a home video release from the Criterion Collection, it certainly seems like this will be a box set at some point in 2017. 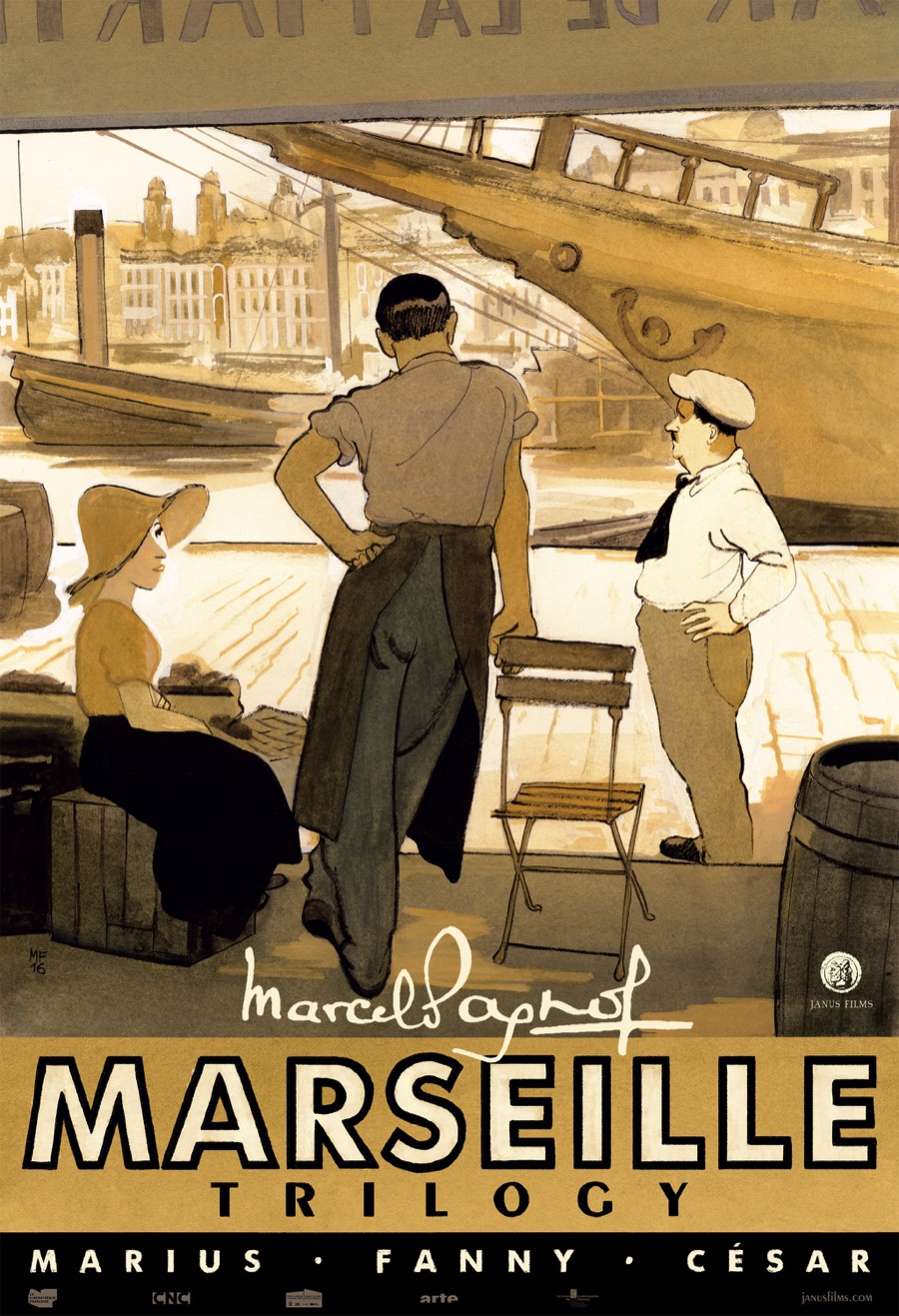