On December 18th, the new 50th anniversary restoration of Jean-Luc Godard’s Pierrot Le Fou will open at the Film Forum in New York.

The new 50th anniversary restoration of Jean-Luc Godard’s PIERROT LE FOU opens Friday December 18 at Film Forum in New York City! Ferdinand (Jean-Paul Belmondo), unhappily married and recently fired from his job, abandons his family and runs off to the Riviera with the enigmatic Marianne (Anna Karina). Ferdinand, whom Marianne calls “Pierrot,” tries to find artistic fulfillment between bouts of criminal adventure, but keeps getting entangled in Marianne’s violent life.

It will be interesting to see how a new Blu-ray will be handled here in the states, since the Criterion edition is out of print (and going for high prices).

Back in July, I shared these new prints from Yuko Shimizu, which she created for Black Dragon Press for the anniversary: 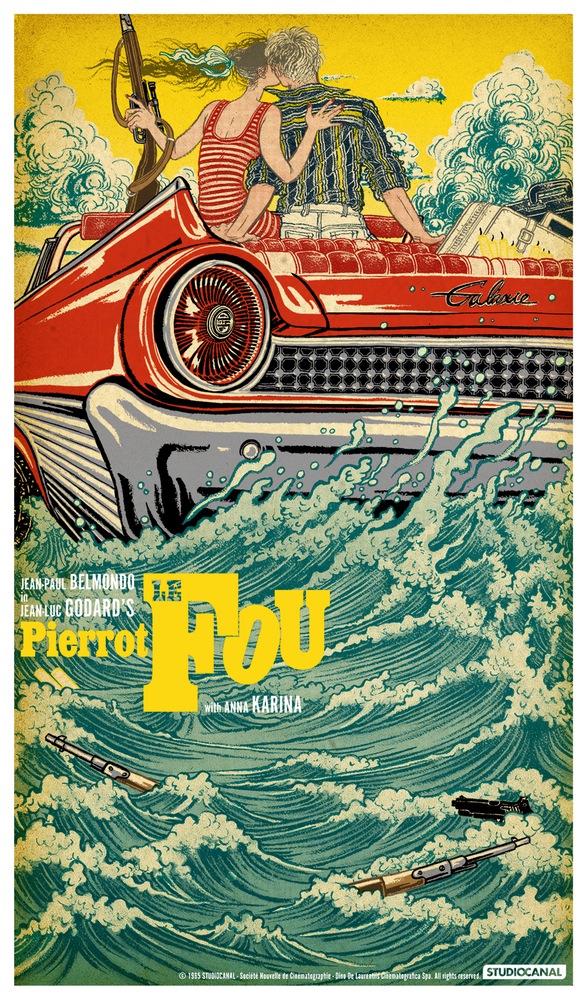