From Jay Weissberg’s review of the film for Variety.

The title doesn’t work in English, but Fellini lovers won’t care. “How Strange to Be Named Federico: Scola Narrates Fellini” is Ettore Scola’s affectionate tribute to his friend, a magical trip through history and memory consisting of re-creations and clips that recount, in impressionistic scenes, the decades shared by these two deities of cinema.

There doesn’t appear to be a distributor for the film in the US yet. 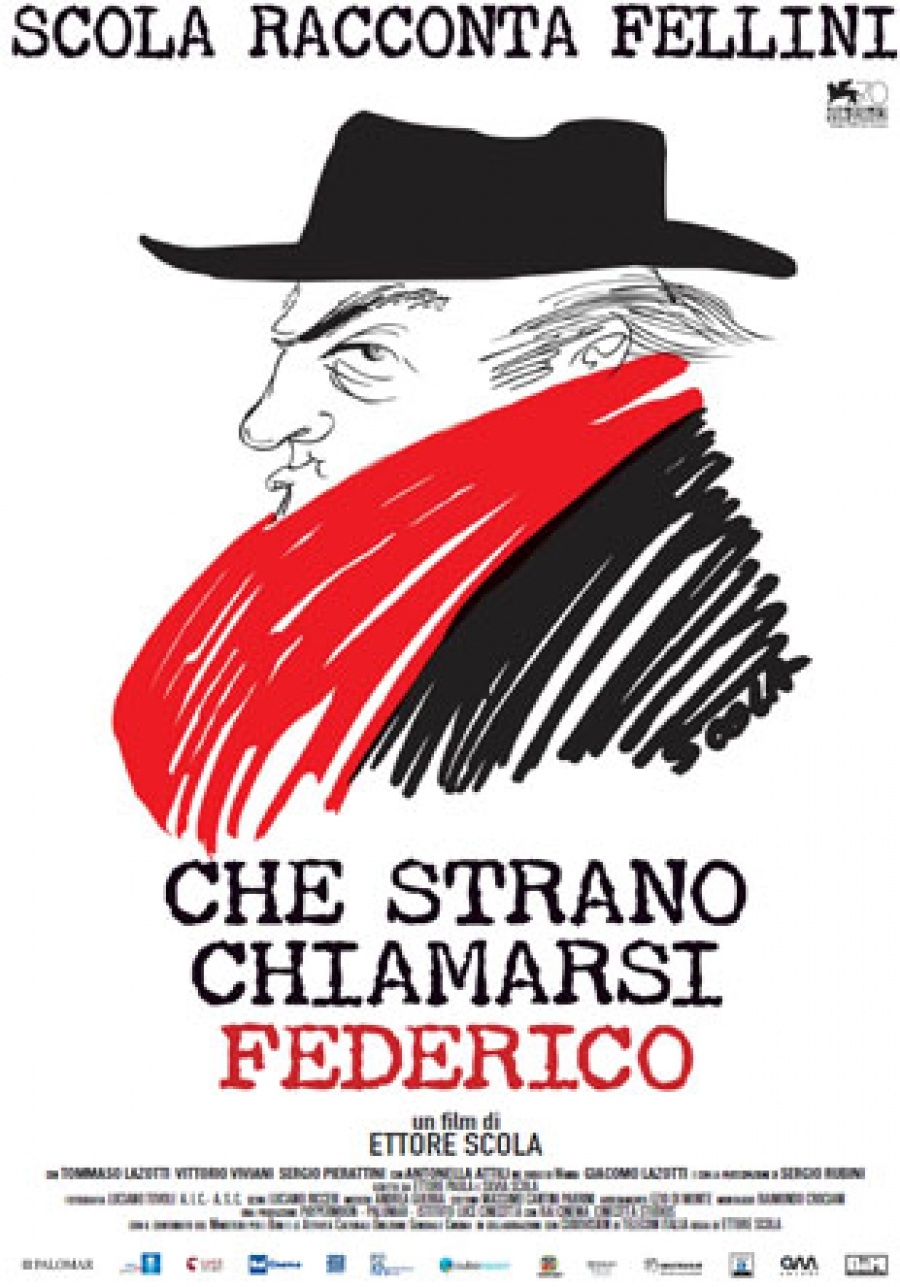