On July 23rd, Jonathan Demme‘s A Master Builder, featuring Wallace Shawn and Andre Gregory (of My Dinner With Andre and Vanya On 42nd Street) will be released in theaters.

A Master Builder unites Academy Award-winning director Jonathan Demme with two of American theatre and cinema’s most ingenious provocateurs, André Gregory and Wallace Shawn. It is based on Gregory’s near-legendary theatrical production of Shawn’s adaptation of Ibsen’s Master Builder Solness. Halvard Solness (Wallace Shawn), a successful and egomaniacal architect who spent a lifetime bullying everyone around him, now faces his own mortality. When Hilde (Lisa Joyce), a mysterious young woman, comes to visit, the once dominating, controlling and narcissistic Solness finds himself revived in every possible way. Intense, intimate and painful, A Master Builder is a witty, mystical and psychologically complex interpretation of Ibsen’s masterpiece. 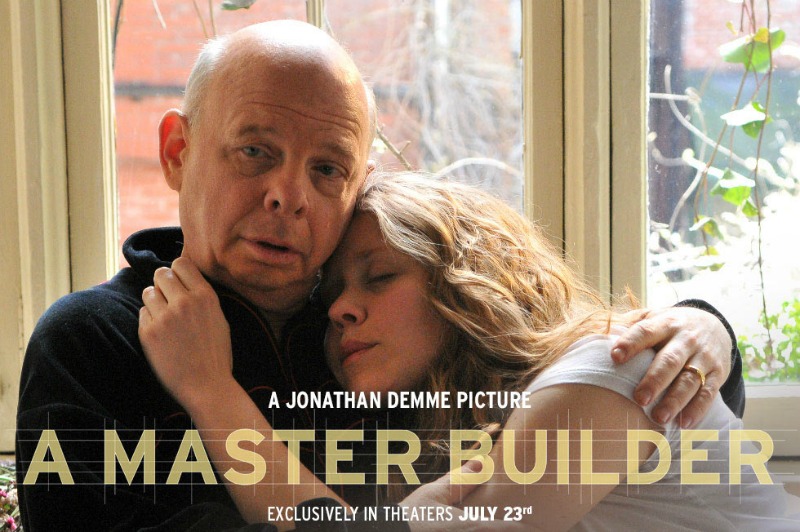