George Clooney delivers what is undoubtedly one of his finest performances in The Descendants, the most recent film from director Alexander Payne (Sideways, Election) after a hiatus of several years.

The film, which may be the most depressing picture ever set in Hawaii, stars Clooney as Matt King, a husband and father who is normally preoccupied with matters other than his family until a boating accident leaves his wife in a coma. Gathering his two daughters Alexandra (Shailene Woodley) and Scottie (Amara Miller), Matt tries to make sense of his family crisis — and his difficult children — while simultaneously dealing with the potential sale of an enormous piece of land which would bring a financial windfall to his extended clan. To complicate matters further, Alexandra drops a bomb on Matt that only serves to tangle his emotions even more.

The themes of family and forgiveness loom large in The Descendants. Boasting an Oscar-winning screenplay by Payne, Nat Faxon and Jim Rash (who is allegedly on a TV show) from the novel by Kaui Hart Hemmings, the film balances anger, comedy and tragedy as the various characters come to terms with who they are as well as who they are related and/or married to, and as Matt struggles to let go of the wife he thought he knew while confronting the reality of the wife she is. Clooney, Woodley and newcomer Miller are all thoroughly terrific in their roles; Nick Krause is by turns hilarious and touching as Sid, Alexandra’s doofus friend who seems extraneous at first until the character grows on you and you couldn’t imagine the picture without him. Robert Forster (Jackie Brown) has a brief but memorable role as Matt’s father-in-law, and the uncannily adorable Judy Greer (Jeff Who Lives At Home, Archer) brilliantly steals the show right out from under Clooney’s nose in a couple of scenes.

The lush tropical scenery of Hawaii is given impeccable treatment by production designer Jane Ann Stewart and the very talented cinematographer Phedon Papamichael (The Ides Of March, 3:10 To Yuma). Just about the only thing I didn’t care for in the picture was the preponderance of laid-back acoustic Hawaiian music — I can understand the idea of contrasting the admittedly lovely environs of The Aloha State with all the emotional turmoil of the story, but this music just isn’t my kind of thing… y’know, personal preferences and suchlike.

Some people seem to have been put off by The Descendants; it appears that many were fooled by the trailer, which promised yet another quirky comedy with dramatic undertones of the kind that Payne excels at (such as About Schmidt). Indeed, that is certainly what I thought I was getting, and the presence of very talented comedic performers such as Mary Birdsong (Reno 911!) and Rob Huebel (I Love You Man) only seemed to confirm it. But rather than a comedy with dramatic moments, this is a dramatic film with comedic moments, and while I certainly sympathize with those who were sold a bill of goods — and it sure as hell isn’t the first time this has happened with a George Clooney film: the trailer for The American pulled the same bait-and-switch, albeit with similarly pleasing results — this picture is a much more resonant and emotionally satisfying experience.

Payne himself acknowledges that it is a kind of departure for him; in one of the Blu-ray’s bonus features, he compares his work here to Leo McCarey’s on the Criterion Collection title Make Way For Tomorrow, in that both are dramatic films made by directors more well-known for their comedies. But if it is a departure, it is a most welcome one, for he has made his best film to date (and one which I certainly rated more Best Picture-worthy than The Artist).

This is a film that deserves to be seen and to be savored.The Descendants is a thing of beauty, and not only because of its scenery. 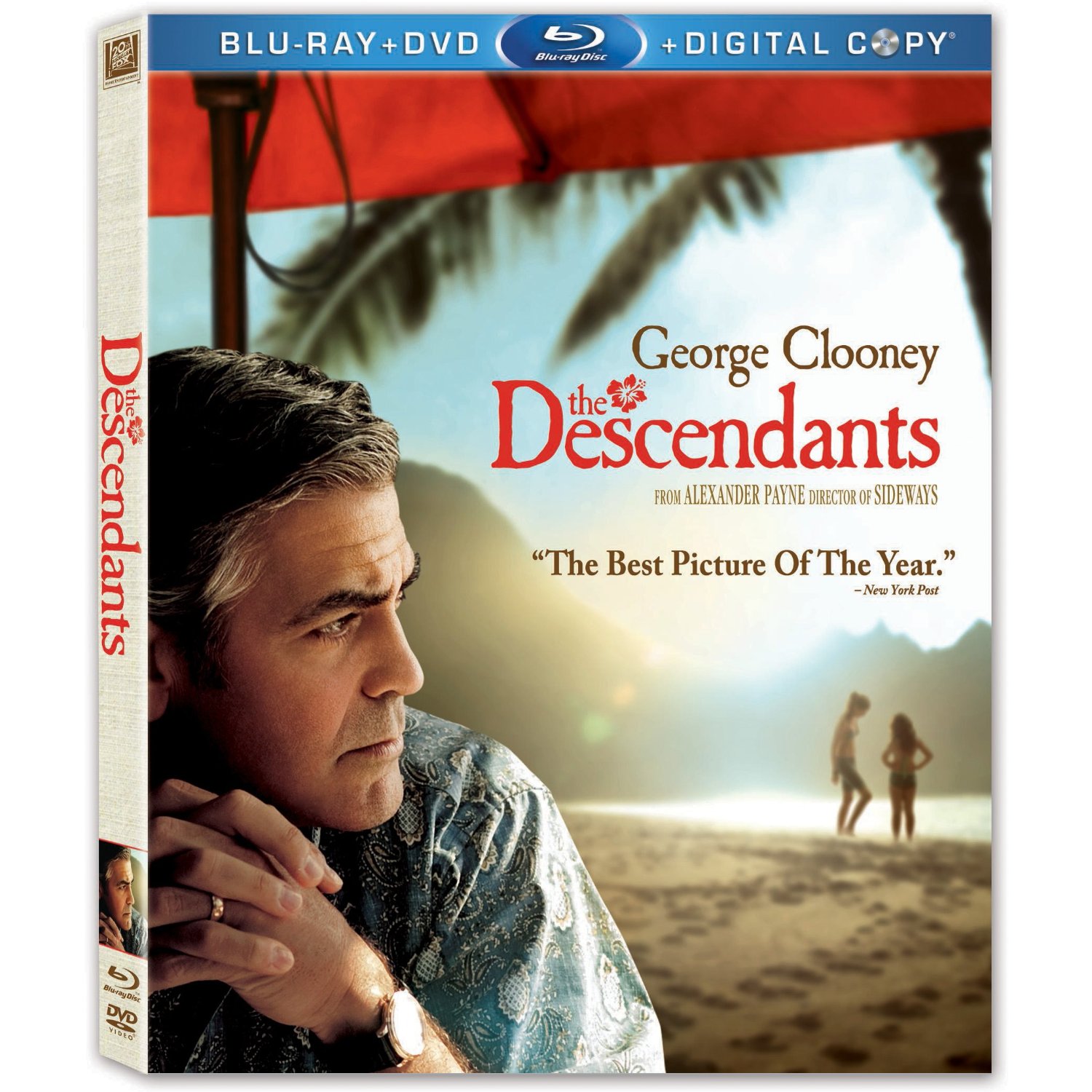 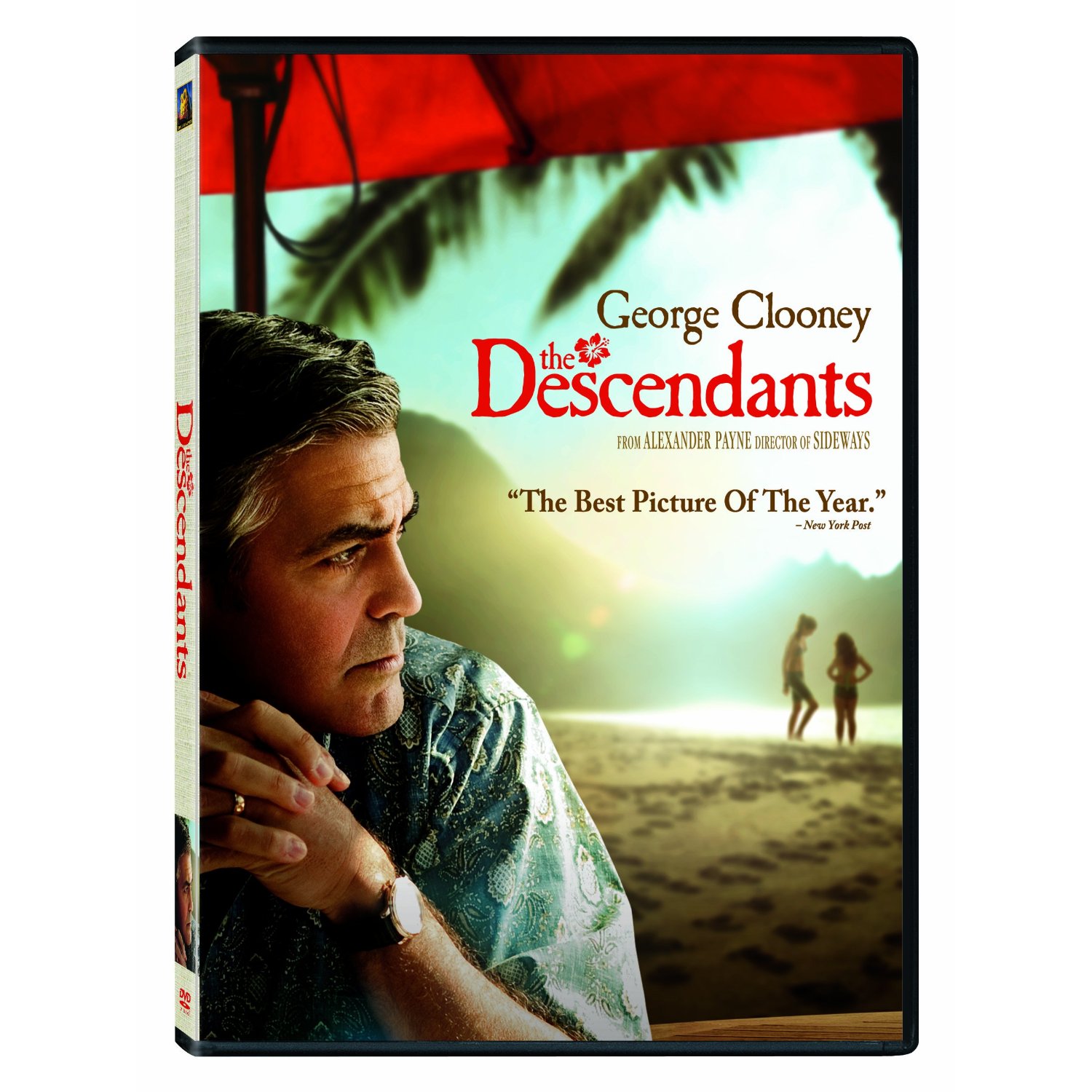