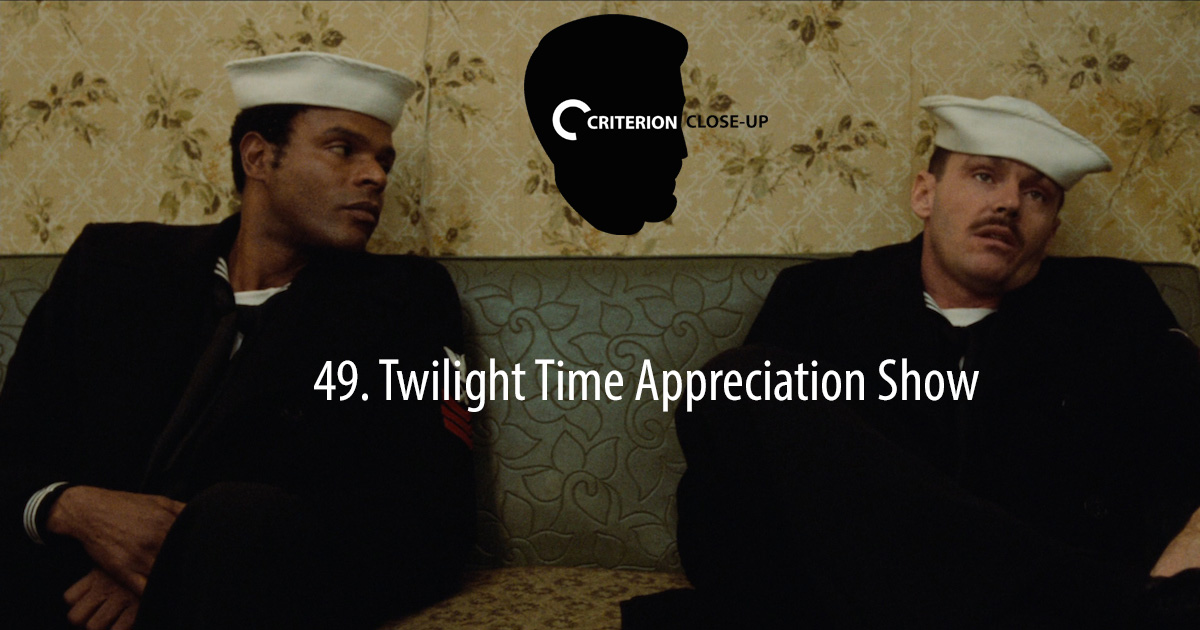 We change things up by focusing on a boutique label, Twilight Time, that has found success through a unique business model. Mark and Aaron happen to be big fans, and feel that we have directly contributed towards some of their profits. We talk about the company, their business model, why they have succeeded, and we address some common critiques. We also review a few discs each, and finally count down our favorite Twilight Time titles.

London-born Nick Redman, one of Hollywood’s leading producers of movie music, is also an award-winning documentary filmmaker. An Academy Award nominee as producer of the 1996 Warner Brothers documentary, The Wild Bunch: An Album in Montage, he went on to write, produce, and direct A Turning of the Earth: John Ford, John Wayne and The Searchers (1998), which became a prize-winner at multiple film festivals.

As a consultant to the Fox Music Group (ongoing since 1993), he has developed and overseen Hollywood’s most comprehensive film music restoration program, personally producing more than 500 albums featuring the music of Alfred Newman, Bernard Herrmann, Jerry Goldsmith, John Williams, Rodgers and Hammerstein, Alex North, Hans Zimmer, James Horner, Michael Kamen and many more. His productions of the “Star Wars Trilogy” were certified Gold by the RIAA.

In 2007, he produced and directed Becoming John Ford, a feature-length documentary for Twentieth Century Fox, which premiered as a special selection at the Venice International Film Festival. The film details the creative and fractious relationship between the brittle, contentious director and his mentor / boss, studio chief Darryl F. Zanuck.

In his capacity as a film historian, he has presided over commentaries for dozens of DVDs. As producer and director, he has provided special materials—documentaries and commentaries—for numerous titles including Sam Peckinpah’s Legendary Westerns Collection, honored by Entertainment Weekly as the Number One DVD boxed set of 2006.

In 2011, he co-founded the independent label Twilight Time which releases classic films licensed from 20th Century Fox, Columbia/Sony, and MGM/UA on DVD and Blu-ray.

Nick has been a member of BAFTA Los Angeles for many years and has conducted numerous interviews for screening Q&A’s and the Heritage Archive, including Michael Apted, Malcolm McDowell, Sir Ben Kingsley, Ian McShane, Tilda Swinton, Kevin Brownlow and Millicent Martin.

Jamieson first entered the film industry with the New Zealand branch of Warner Bros. in 1977. He was later transferred to the United Kingdom. After his success publicizing Steven Spielberg’s Close Encounters of the Third Kind and Peter Yates’ The Deep, he was named the International Publicist of the Year.

He moved to the United States in 1984. During the 1980s, he was in charge of all the company’s theatrical marketing in Latin America, the Far East, South Africa, Europe, Australia and New Zealand; he was later promoted to head of International Marketing and Publicity, which made him responsible for home video marketing internationally. He also collaborated with Stanley Kubrick to promote Full Metal Jacket; they continued to work together until Eyes Wide Shut, Kubrick’s last film before his death in 1999.

The Times Colonist called Jamieson a “respected film preservationist”. In his work at Warner Home Video, Jamieson shepherded the restorations of numerous classical films. In 2002, Jamieson helped produce Charlie: The Life and Art of Charles Chaplin, with Richard Schickel, which was shown at the 2003 Cannes Film Festival. Two years later, he collaborated with Schickel to reconstruct The Big Red One, by Sam Fuller. The two readded 47 minutes of previously cut material.The reconstruction won several awards, including the Seattle Film Critics Awards and the Los Angeles Film Critics Association Awards. He later released a reconstruction of Sam Peckinpah’s 1969 film The Wild Bunch.

By March 2006 he had opened his own production agency, Redwind Productions, and in 2007 released the company’s first production, Cannes All Access, a look at the social impact of the Cannes Film Festival.

According to the WIFTS Foundation, Jamieson was one of the first directors to include documentaries with home video releases of classic movies as a way to promote “cinema literacy”. He later established Twilight Time with Nick Redman, which serves to release limited runs of classic movies not yet on DVD. As of August 2011, the label has already released Michael Curtiz’s 1954 film The Egyptian, with plans to release Cy Endfield 1961 film Mysterious Island and Tom Holland’s 1985 film Fright Night by the end of the year. Jamieson notes that it is a “win-win” project, with film lovers getting access to rare classic movies and studios able to release and profit from undervalued productions without financial investment.

38:45 – Short Takes (Hardcore, Sexy Beast, The Prime of Miss Jean Brodie, Bring Me the Head of Alfredo Garcia, Man in the Dark, The Last Detail)

Next time on the podcast: French 1930s, Part One