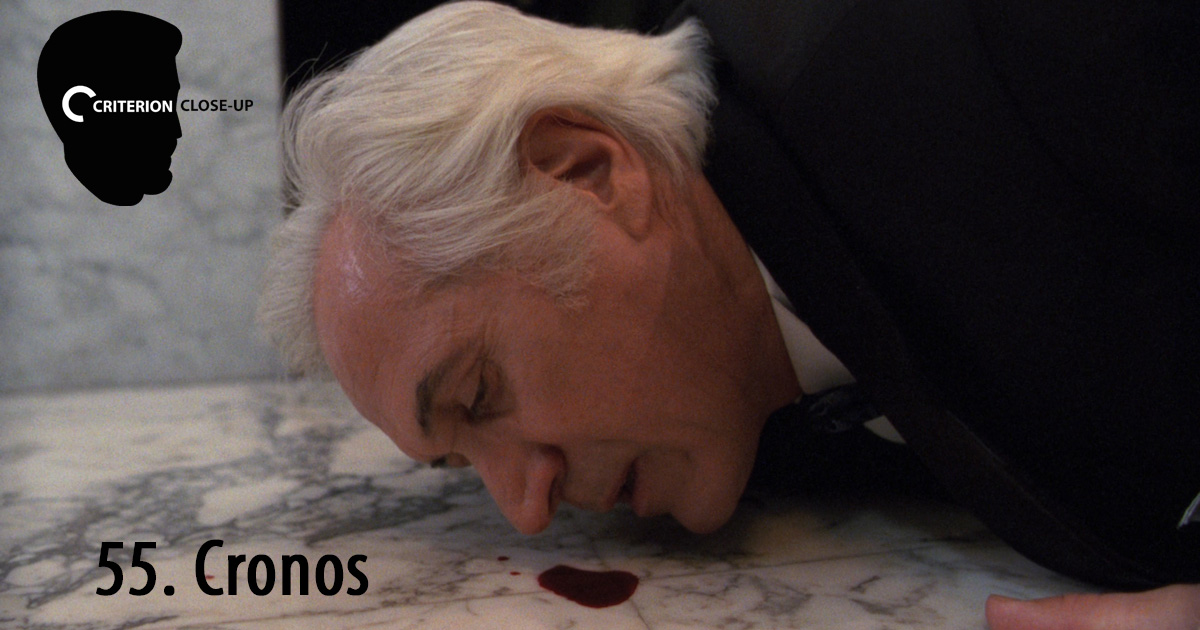 Mark and Aaron tackle Guillermo Del Toro’s debut film, recently re-released as part of the Trilogía boxset. Cronos is technically in the vampire genre, but even for his first film, has a distinctive Del Toro feel. We get into the character of Jesus Gris, and how Del Toro uses him as a tragic figure that touches on themes of mortality and religion. We also explore Del Toro’s passion and his “Bleak House,” showing that his passion for the medium informs his work.

Guillermo del Toro made an auspicious and audacious feature debut with Cronos, a highly unorthodox tale about the seductiveness of the idea of immortality. Kindly antiques dealer Jesús Gris (Federico Luppi) happens upon an ancient golden device in the shape of a scarab, and soon finds himself the possessor and victim of its sinister, addictive powers, as well as the target of a mysterious American named Angel (a delightfully crude and deranged Ron Perlman). Featuring marvelous special makeup effects and the haunting imagery for which del Toro has become world-renowned, Cronos is a dark, visually rich, and emotionally captivating fantasy.

8:00 – Short Takes (The Interrogation, Santa Sangre, Evolution, Your Vice is a Locked Room and I Have the Key, Under the Shadow, Midnight Cowboy)

Next time on the podcast: Blood Simple