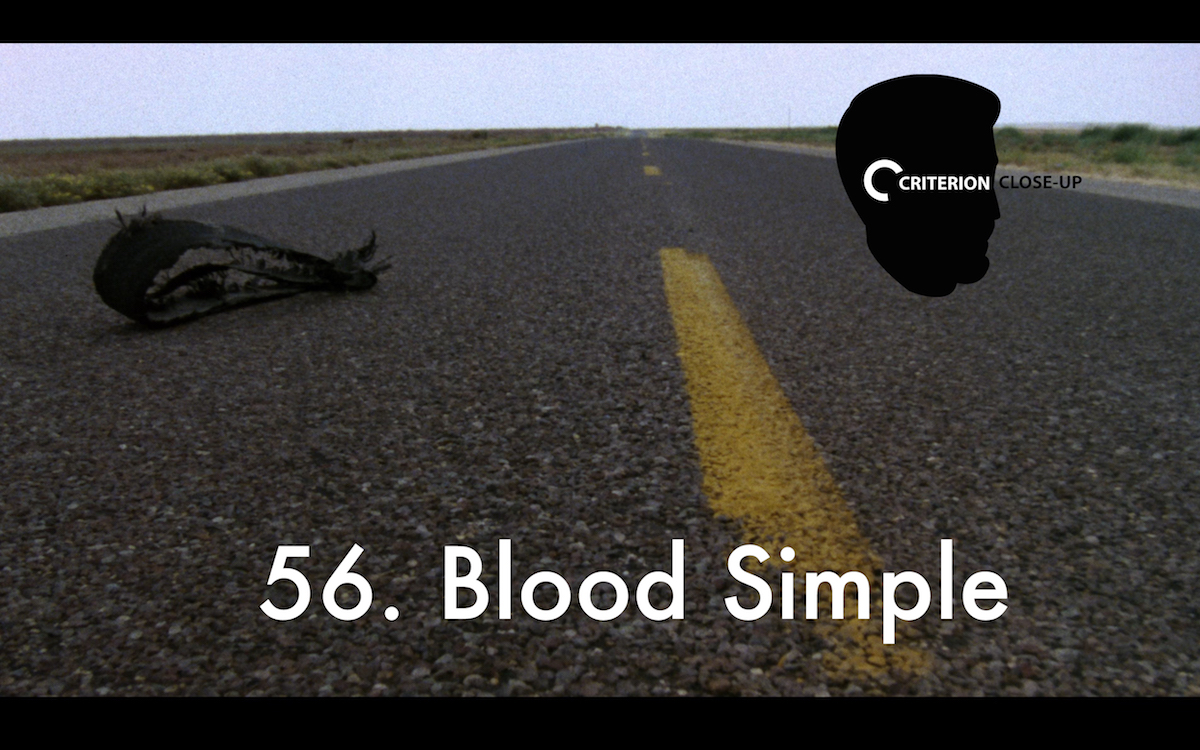 Mark and Aaron are joined by Keith Silva to look at the Coen Brothers’ debut to cap of #Noirvember. The film cannot be viewed without the exploring the context of the Coen library and their successful career to follow, but it stands alone as a debut film that sets the stage for their style. We focus quite a bit on the noir aspect, how they were going for a specific aesthetic that shows their film heritage. We evaluate why this film works, how these neophytes meticulously crafted a slow burning art film at the height of the 1980s mainstream blockbusters.

Joel and Ethan Coen’s career-long darkly comic road trip through misfit America began with this razor-sharp, hard-boiled neonoir set somewhere in Texas, where a sleazy bar owner releases a torrent of violence with one murderous thought. Actor M. Emmet Walsh looms over the proceedings as a slippery private eye with a yellow suit, a cowboy hat, and no moral compass, and Frances McDormand’s cunning debut performance set her on the road to stardom. The tight scripting and inventive style that have marked the Coens’ work for decades are all here in their first film, in which cinematographer Barry Sonnenfeld abandons black-and-white chiaroscuro for neon signs and jukebox colors that combine with Carter Burwell’s haunting score to lurid and thrilling effect. Blending elements from pulp fiction and low-budget horror flicks, Blood Simple reinvented the film noir for a new generation, marking the arrival of a filmmaking ensemble that would transform the American independent cinema scene.

Special Guest: Keith Silva from Interested in Sophisticated Fun, Comics Bulletin, and Psycho Drive-In. You can find him on

Next time on the podcast: French 1930s, Part Two