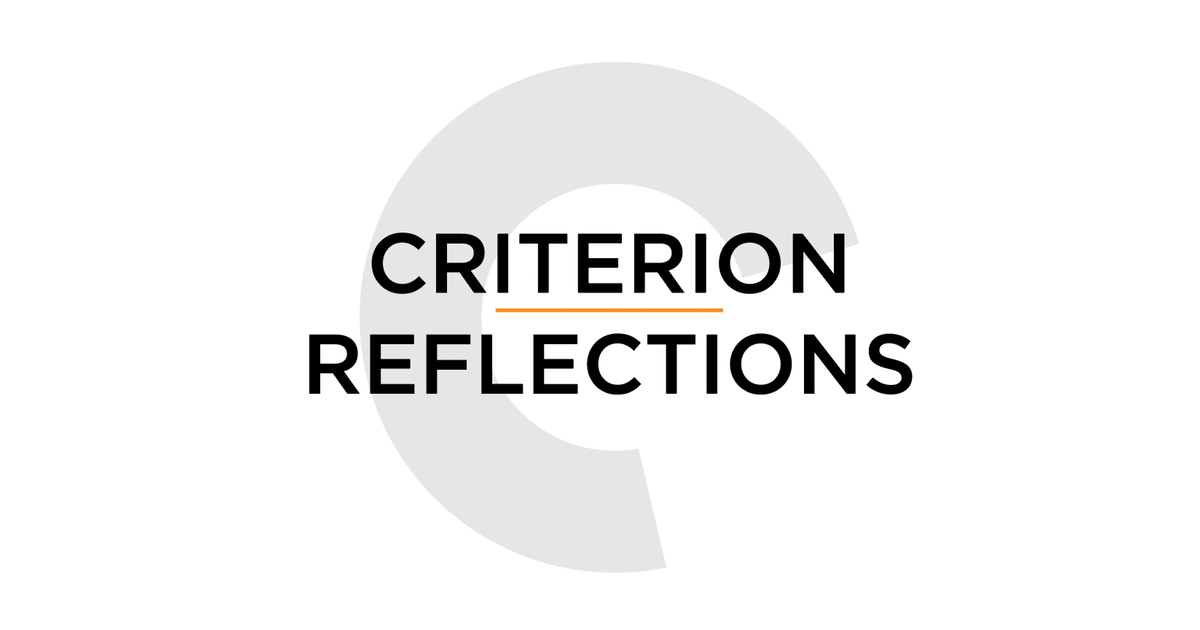 Criterion Reflections is David Blakeslee’s ongoing project to watch all of the films included in the Criterion Collection in chronological order of their original release. Each episode features panel conversations and 1:1 interviews offering insights on movies that premiered in a particular season of a year in the past, which were destined to eventually bear the Criterion imprint. In this episode, David is joined by William Remmers, Josh Hornbeck, Jason Beamish and Aaron West to discuss a selection of short films released in 1969. Titles include: Carroll Ballard’s Rodeo and The Perils of Priscilla; Paul Bartel’s Naughty Nurse; Les Blank’s The Sun’s Gonna Shine; Octavio Cortázar’s For the First Time; Hollis Frampton’s Carrots and Peas and Lemon; and Clu Gulager’s A Day with the Boys.

The Perils of Priscilla
Guests: Jason Beamish and Josh Hornbeck

A Day With The Boys
Guest: Aaron West

Opening theme music: “Going to the Supermarket” by the Maroons (1980)