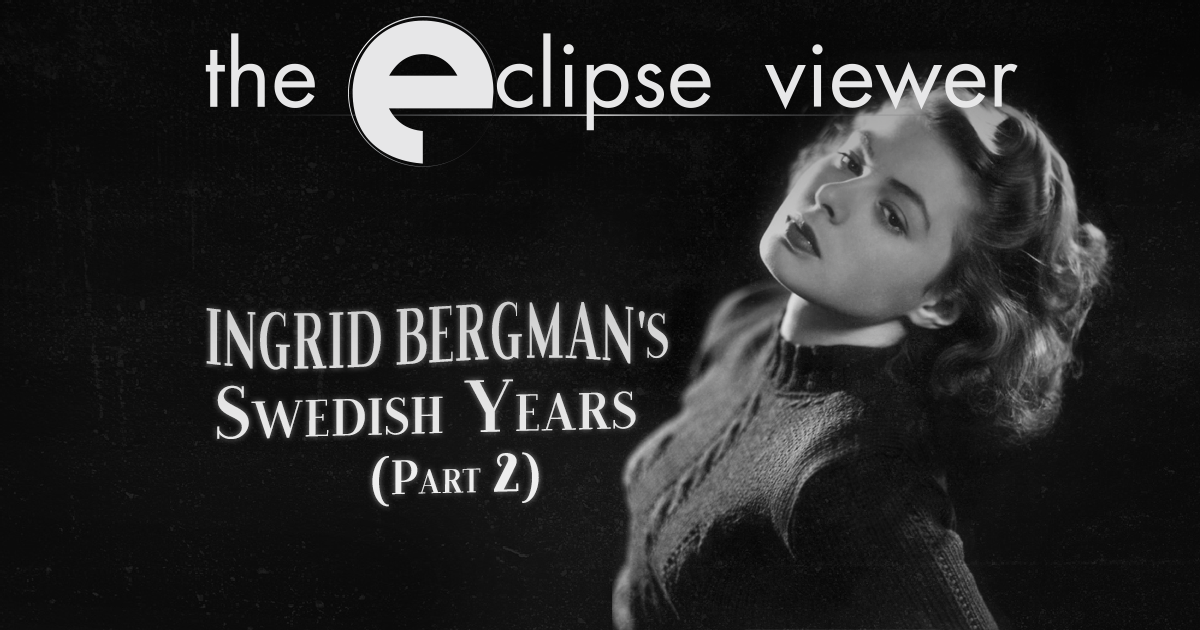 This podcast focuses on Criterion’s Eclipse Series of DVDs. Hosts David Blakeslee and Trevor Berrett give an overview of each box and offer their perspectives on the unique treasures they find inside. In this episode, David and Trevor discuss three films (Dollar, A Woman’s Face and June Night) from Eclipse Series 46: Ingrid Bergman’s Swedish Years.

Ingrid Bergman appeared in eleven films in her native Sweden before the age of twenty-five, and while that work tends to be overshadowed by her time in Hollywood, it showcases the actor summoning an impressive depth of emotion to deliver astute, passionate performances. Under the direction of filmmakers such as the prolific studio hand Gustaf Molander, Bergman embraced a range of roles and worked with some of the most celebrated actors in the Swedish film industry, including Gösta Ekman, Karin Swanström, Victor Sjöström, and Lars Hanson. Comedies, romances, and thrillers, the six fascinating films collected here—including Intermezzo, the movie that took Bergman to America—exhibit the precociously assured talent of a young artist with an illustrious international career ahead of her. 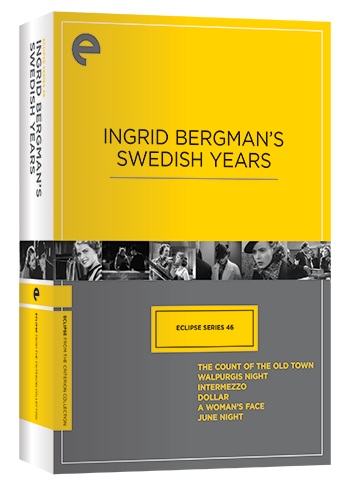