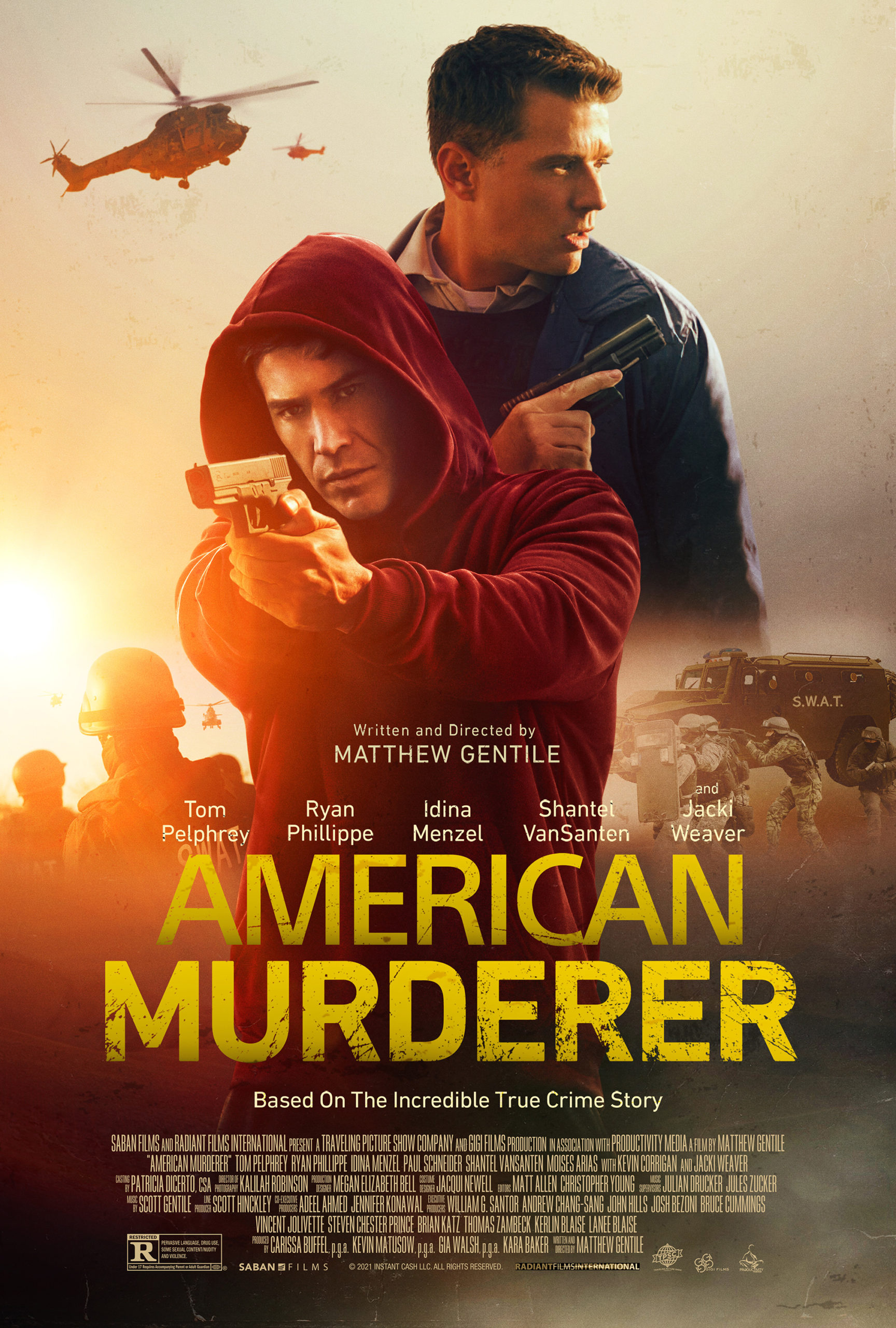 This special episode of Criterion Cast features an interview with Matthew Gentile, director and writer of AMERICAN MURDERER:

Based on a true story, this riveting thriller follows Jason Derek Brown (Tom Pelphrey), a charismatic con man bankrolling his extravagant lifestyle through a series of scams. On Brown’s trail: Lance Leising (Ryan Phillippe), a dogged FBI special agent determined to put Brown behind bars. When Brown’s funds run low and his past catches up with him, he plots his most elaborate scheme yet, pitting himself against Leising in a deadly game of cat and mouse — and becoming the most unlikely and elusive fugitive on the FBI’s most-wanted list.

Why do we fall for con artists? Is it that they’re smart and the victims are gullible, or is it something deeper? This is the question at the heart of AMERICAN MURDERER.

As a kid, I was obsessed with crime — so much so that I would browse the Top Ten Most Wanted list, hoping to help the FBI catch a fugitive. One of them made a distinct impression on me: Jason Derek Brown, a surfer dude with spiky blonde hair and a smirk on his face. Compared to Osama Bin Laden and Whitey Bulger, he just didn’t fit the profile.

On the surface, AMERICAN MURDERER is a cat-and-mouse thriller about a fugitive and the FBI agent who has been tasked with bringing him to justice. But what fascinates me about Jason’s story isn’t the crime itself; it’s how he impacted the people who loved him. That’s why I chose to tell his story through multiple perspectives. Whether the audience likes Jason or not – by the end of the film, they will get a 360-degree view of who he was.

With AMERICAN MURDERER, my intention is to guide the audience to look directly into the eyes of a dark soul and shine a light on how he became this way. Thus the film poses another question: can we take a human being who is rotten to the core and move an audience to a place of compassion? I believe that we can.