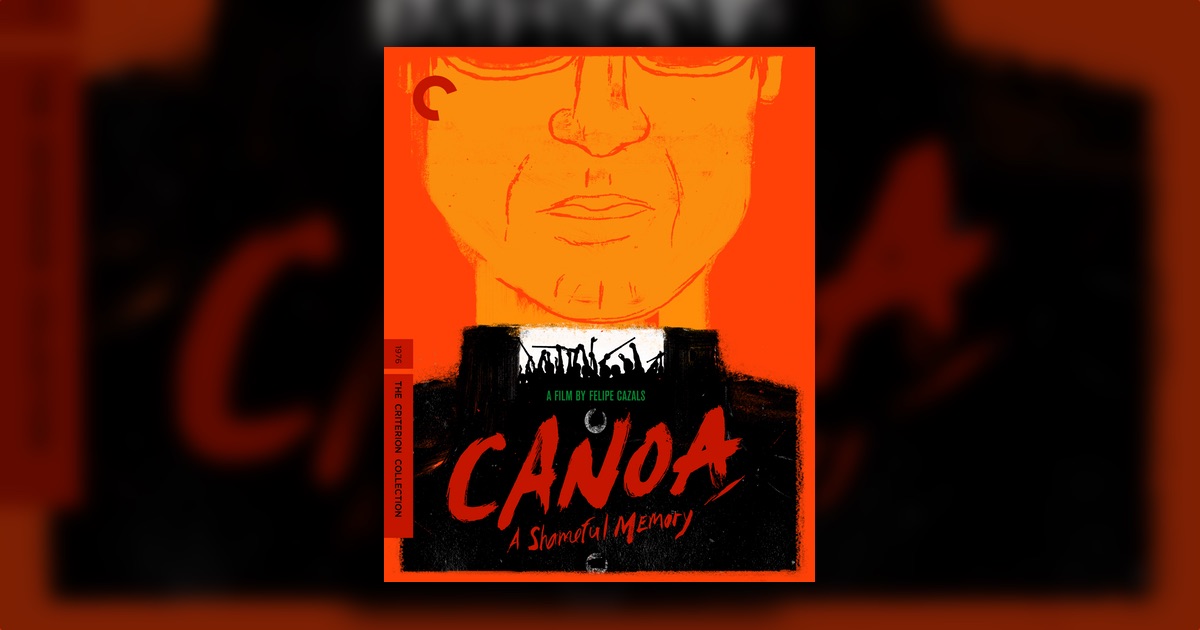 One of my great joys, as a fan of world cinema, is when I start watching a film that I have no expectations for, and am completely blown away. I immediately want to recommend it to anyone I know that might also enjoy it. It feels like I found a secret, even if it’s only new to me. This film fits completely into this category. I know very little about the history of Mexican cinema, and Latin American films are hardly well represented in the collection. To learn a little bit more was such a treat, and just whets my appetite for more of the great films from this era.

The film is based on a true story, and all the details of that story are revealed in the first minute of the film, so there are no spoilers here. In 1968, two weeks before the Tlatelolco massacre of student protesters in Mexico City, a group of young university employees from Puebla headed to a small town called San Miguel Canoa, to hike the nearby mountain. By the time they arrived, the weather had turned bad, and so they found shelter in town. That night, 2000 citizens formed a mob, arrived at the house they were staying at, and lynched the visitors, killing several of them.

The film tells this story with an unusual, and highly successful, mixture of pseudo-documentary, thriller, and horror elements. As I said, the audience are given all the relevant details within the first minute or so of the film. What makes it all work is the way that Alfred Hitchcock defined suspense, as the audience knowing more than the characters do. We know what’s going to happen, and the director, Felipe Cazals, knows we know, and he can therefore play with our expectations and emotions. We’re constantly bracing for what we know is coming, never sure how or when it will finally arrive. By the time the narrative played out, I was a nervous wreck.

The suspense may come right out of the Hitchcock playbook, but that alone doesn’t capture what’s so remarkable about the style of this film. I’m not sure I’ve ever seen these elements mixed quite like this before. There is an almost Cinéma vérité style documentary feel to everything, which combines with the classic thriller and horror elements. It all makes the horror seem so much more immediate and present, which, given that this is a true story, it should be.

The disc doesn’t come with a ton of supplements, but what we do get are very high quality. There’s a brief introduction by Guillermo del Toro, where he gushes about how great the film is. The main event is an hour long conversation, recorded for the film’s 40th anniversary in 2016, between Felipe Cazals and Y tu mamá también director Alfonso Cuarón. Cuarón is clearly a huge fan of the film, and through this conversation I learned a ton of super interesting information about the history of the production, as well as the history of the Mexican film industry in the 1970s.

This film was made in 1976, just 8 years after both the events it depicts, and the more famous massacre in Mexico City. One of the main architects of that massacre was now the president. The film is absolutely a commentary on that massacre, and on the general corruption of Mexican society that Cazals saw around him. That it was released at all, in a country that was still under single party repressive rule, is incredible. It’s unsettling that it all still seems so relevant to me today. From watching the special features, I learned that this film was a turning point for Cazals, and the next few films he made are regarded highly as well. I really hope this is just the tip of the iceberg, and that rest will also be coming soon.