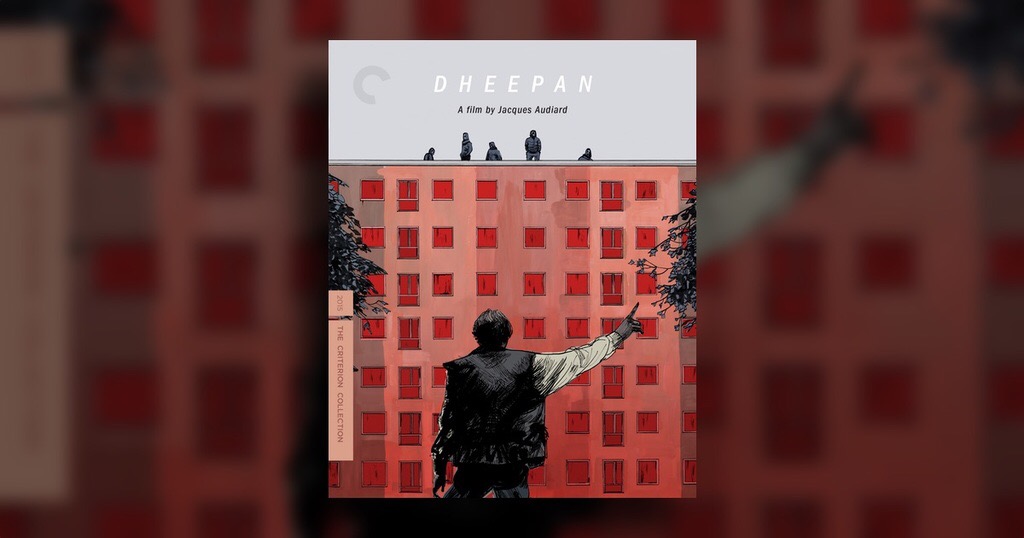 My grandparents were refugees. My grandfather died when I was very young, but my grandmother was around until only a few years ago. Growing up I asked her many questions about what life was like before, and what she experienced when she came to this country. In this film I saw things that reminded me of some of the things she said. Of course, her life was real, not the over-the-top action-thriller this turns into, but underneath I think the film grapples with many of the same issues that real refugees face.

The film tells a story from the end of the twenty-six year long Sri Lankan Civil War. An ex-resistence soldier, a young woman, and an orphan are paired together because they match the identities of a dead family who can get out. The three principles have never met before, and are suddenly forced to pretend to the world that they are a family unit. They end up in a housing project in France, one that’s completely controlled by a gang of drug dealers. Initially they attempt to quietly make the best of things, but quickly it all falls apart.

My grandparents story was very different from the characters in this film. They weren’t pretending to be in a fake family with assumed identities to start with. Still, some of the themes resonated strongly with what I heard about their experiences. On the surface this is a sad film, and then a surprisingly gritty film, and then a thoughtful film. All of those pieces are reflected in memories from childhood stories, as well as in some of the lingering effects of those experiences.

The biggest issue the film raised for me was that of developing and maintaining identity, during unfathomable circumstance. I’m a big fan of films that use extreme genre-like storytelling mechanics to make otherwise potentially preachy points. That’s why the criticism I’ve seen of this film, that the final act is unrealistically extreme, is missing the point. Audiard is using the trappings of genre films in order to tell a much more sophisticated story. Without them this is a sermon, with them we have something that sticks. The film forces us to decide how we feel.

How do we maintain ourselves when our entire world changes? Is that even the goal? Is it better to assimilate as quickly as possible, or can we find a balance between new and old? All of that is examined in this film, and often in subtle and brilliant ways. It’s in glances, or a few lines of dialogue, or a recited poem. It’s in the way that the characters react to their ever-changing circumstance by simply finding a path through.

The flip-side is that perhaps people who are less familiar with the message will miss the subtler points. Instead they’ll find another superhero film. I think that’s ok. This is where the genre style really helps the film. Those people, the ones who miss the point, can still really enjoy this. If their enjoyment causes them to re-watch it, or even just to keep thinking about it after it’s over, than that’s a win. The power of the subtleness is that it can seep in through the cracks, until a fundamental truth has been absorbed by the viewer.

Our future is one of more and more unexpected mass movements of people. Given that truth, anything that helps society process the effects will be hugely valuable. France is one of the countries that has been most affected in recent decades by immigration and refugee migration. It’s therefore much less of a surprise that this film originated there. This is what European society is currently experiencing, and it’s coming to the USA quickly. I would expect that we’re going to see far more films dealing with these issues, and for that reason alone this definitely has a place in the collection.

The disc isn’t overloaded with special features, but there are new interviews with the director Jacques Audiard, and star/real life Tamil ex-child soldier Antonythasan Jesuthasan. There are also some deleted scenes to check out. The transfer looks perfect, which is hardly surprising given that it won at Cannes in 2015. All in all I think this is an extremely worthy experience. This was my first exposure to the films of Audiard, but it definitely won’t be my last.