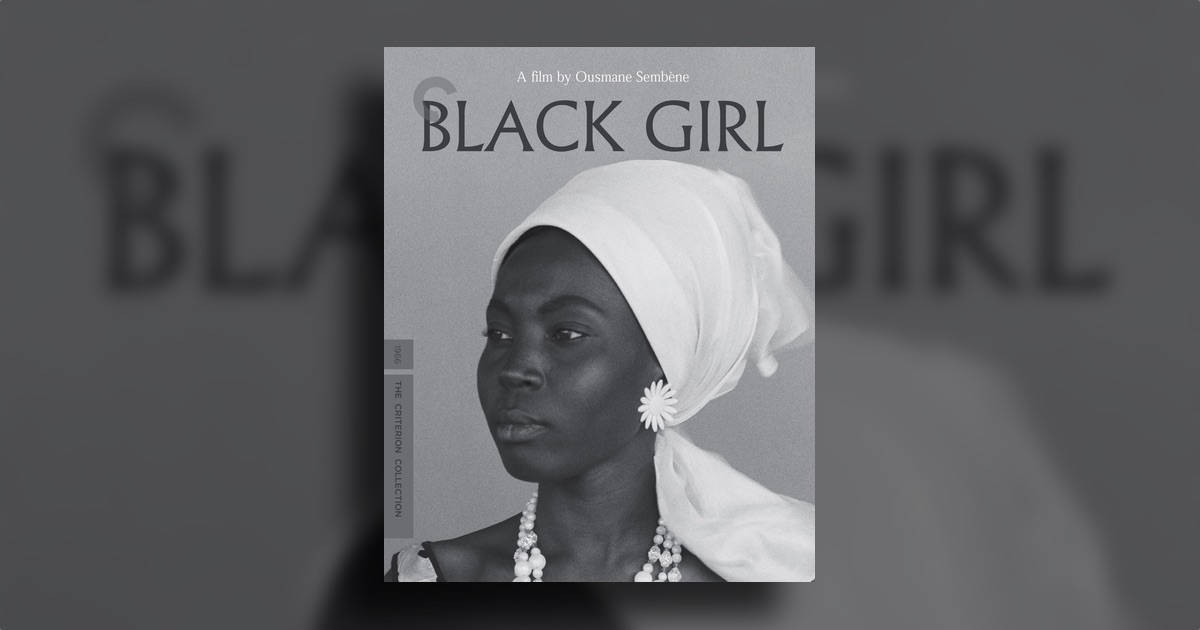 The film is based on a true story that its director, Ousmane Sembène, saw in a newspaper while living in France. An unidentified African woman had been found dead of suicide, in the apartment of her employers. Sembène was disturbed by the story for a decade, and eventually he wrote a short story, attempting to tell the tale of this unknown woman. This is an adaptation of that short story.

The film follows Diouana, a young Senegalese woman, who takes a job with a French family in Dakar. She is initially hired to be their nanny, and she enjoys the freedom of having steady work. Eventually the family decides to return to France, and asks her to accompany them. She agrees and heads off to the French Riviera, excited to experience a new world. Quickly she discovers that life in her new home is completely different than she expected. Rather than being the nanny to the children, she is suddenly expected to also be the maid, the cook, and the laundry woman. She’s overworked, forced to deal with the casual racism of her employers “liberal” friends, and not allowed any sort of personal life. Things don’t go well from there.

Due to a conscious choice I made when I started my own site, I don’t really write much about these films as a physical product. I write mostly about how they made me feel, or what they made me think about. At the same time, I am currently attempting to own all of these films on physical media. This dichotomy, where I am mostly concerned with the feature films themselves, and not the “Film School in a Box” that surrounds them, is something I think about a lot. I’m excited to have the impetus to write about the entirety of this product, not just the film itself.

If I only had the film to go on, I would say it’s a worthwhile one. It’s a compelling narrative, well produced, and with a distinct point of view. Simply being the first major film from Africa would make it worth experiencing. The supplementary material included is what takes this from a nice to have, to a must own. The disc is absolutely loaded with good things to discover. There’s a great essay by critic Ashley Clark. There are two new interviews with Sembène scholars, who break down the filmmakers oeuvre, and point of view. There’s a 4K restoration of Sembène’s first short film, the magnificent Borom sarret. A new interview with M’Bissine Thérèse Diop, who plays Diouana in the film. A short interview from 1966 with Sembène himself. Finally, an hour long documentary from 1994, focused entirely on Sembène’s work.

From these supplements I learned that Sembène was a radical, and had been a Communist. I learned that he favored writing literature over film, but made films because the audience he wanted to reach was largely illiterate. That he used the west as his commercial market, so that he could reach his true African audience. I learned that he intentionally wanted to tell the story of an African woman with a rich internal life, to contrast with previous tales of the ills of colonialism using Africans, and woman, as merely background details. I learned that his entire filmography is intentional politics. He made commercial films, but used them to speak up about topics he felt were under discussed.

This is Sembène’s first entry in the collection, but I truly hope it’s not his last. The documentary included, as well as the two critical essays, go over some of his other feature films. All of them seem Criterion worthy to me. Outside of Japan, the collection is almost exclusively American/European focused. I’d love to see far more African cinema, Latin American cinema, and the other parts of Asia that haven’t yet been given enough attention. This is a wonderful step in that direction, and a truly must buy for anyone who wants to understand this part of the world a little bit better.