Access to a few more films of the great Indian director Satyajit Ray is about to get a whole lot easier this week with the release of two new Criterion editions of The Big City and Charulata, two titles that Ray issued in 1963 and 1964, respectively. Both films won successive Silver Bear awards for Best Director at the Berlin Film Festival and solidified Ray’s reputation as one of the most important Asian filmmakers of that decade, even of all time. But over the years, despite a lofty attitude of respect for his accomplishments, Ray’s work became difficult to find in formats suitable for home viewing as the Indian film industry focused on reaping the obvious financial awards of its burgeoning Bollywood musical spectaculars and Western studios paid little attention to preserving Ray’s legacy. The neglect resulted in Ray’s humane, compassionate art house films languishing in obscurity throughout most of the Western world, sadly unavailable on DVD or Blu-ray. But what began as a murmur of displeasure among those who’d seen his films grew more recently into a pressing demand that something be done to fix this injustice. Thankfully, a few sane and aesthetically-informed minds prevailed, giving these works the restoration and meticulous care they deserve. Cinephiles in the West are now lining up to rejoice in the rediscovery of these illuminating films. The Big City and Charulata join The Music Room (released by Criterion in 2011) to establish Ray’s solid foothold in the Criterion Collection, with the promise of more – MUCH more! – on the way if news reports from earlier this year prove accurate.

Over the past week, David Blakeslee and Josh Brunsting have each enjoyed the privilege of watching advance copies of The Big City. After a brief exchange of first impressions on Twitter a few nights ago, we’ve decided to combine our efforts to write it up as a review for Criterion Cast. Think of it as a typical podcast discussion in slow motion, conducted via Google Drive instead of Skype.

David: This is only the third Satyajit Ray film I’ve seen, the others being The Music Room (reviewed on this site when it was released two years ago) and an old VHS of Pather Panchali which only whet my appetite for an eventual hi-def release for the full Apu Trilogy. Probably the most immediate and pleasant contrast with those two earlier films and this one is that The Big City is a tale of modern urban India (circa 1963) – a society with its own distinctive history and cultural attributes, but inhabited by characters whose concerns seemed very relevant to the life I live today. I didn’t get the sense of viewing India through an “anthropological” lens like I did in The Music Room or Pather Panchali, as much as I admired those films. Instead, Ray was telling a story of the world he lived in, his times and the socio-economic changes he perceived happening around him.

Josh: And see, to me, that is what makes this film, and actually this period of Ray’s career so utterly thrilling. Instead of very much looking at the history of India (even with something like his documentary Rabindranath Tagore) with his work during this period, you see this infatuation with where India is heading in many of his films of this period. Even in the form of something like the wonderfully comedic The Holy Man, Ray’s films during this period are really entrancing time capsules that feel as pertinent as they do thanks to how universal the central narratives are outside of the cultural focus. Hell, both The Holy Man and this film The Big City conclude in very much the same way, with a pair of people walking away from the camera into an India very much on the brink culturally, socially and politically. These films (as well as something like Charulata) take inherently relatable and some would argue “broad” narrative threads, embed them with thrilling cultural relevance, and take the heart found within the story and the brains within the themes the story posits, and melds them into something so brazenly its own that these films become powerful no matter how “slight” a film like The Holy Man may very well be.

David: It’s important to note that the family at the heart of The Big City faces a dilemma not all that different than the situation faced by many families in today’s economy, where a wife takes a job that pays better than what the husband is earning. This disruption of traditional roles in a relationship triggers unintended ripple effects on the marriage and each partner’s assumptions of how things are “supposed” to go in managing the household. Clearly the India of the early 1960s was a much more patriarchal and culturally rigid society than what we see in that nation – or in ours – some fifty years later. Yet I think we’d be fooling ourselves to assume that the underlying tensions experienced by Arati and her husband Subrata, as she transitions from submissive housewife to successful and confident sales rep, no longer occur between couples in 2013. Ray’s subtle mastery in underscoring the points of conflict between the pair, the elderly parents, their child and Arati’s co-workers made my viewing of The Big City a wonderfully thought-provoking experience as it stirred up quite a few memories of tangentially-related rifts in my own family over the past few decades.

Josh: And like we have both mentioned here, it is this universality that makes The Big City, and again many of Ray’s pictures so bewilderingly enthralling. While the ending itself speaks (or at least spoke to me this way) to the film’s themes of an India moving forward into a new era, it is again the family at the very center of the film that is at the core of this final shot. Indian culture was inherently, as mentioned previously, extremely patriarchal, but these character moments have been felt by men and women throughout the world. The idea of a man finding his ego hit absolute rock bottom after he becomes the second fiscal fiddle in his household is something that spans societies, patriarchal or not. We still to this day live in a society where The New York Times writes section-cover stories about the shifting of parenting duties in households a half century after a film like The Big City arrives. And also, their relationship is also simply beautifully constructed. Both lead performances here are really quite great, and their final moments together during the film’s final act are some of the most emotionally resonant bits of cinema I’ve seen in a very, very long time. The script is absolutely fantastic, and again, the final act is utterly breathtaking. The last few lines will have you reaching for the tissues here, and it stands as one of the better Ray films I’ve had the pleasure of seeing.

David: Ray is not one to clobber the viewer with flashy cinematic technique or much of anything resembling experimental innovation that draws attention to itself. This is just solid storytelling, relayed with quiet dignity, confident in the knowledge that attentive viewers will connect with characters who are drawn realistically and respond in ways that generate an empathetic and appreciative response. The liner notes make note of the fact that this was Ray’s first film placed in a contemporary setting, after eight years of pretty steady movie-making. Though The Big City was the fourteenth feature that he directed, he had already conceived of the project as a potential follow-up to Pather Panchali, but that film’s success and other budgetary considerations pushed him to stay with “period pictures” at that early stage of his career.

Josh: Speaking of the liner notes, it’s about time we dig into these supplements, because they are kind of fantastic. First off, I really love the cover art. In person, there is a metallic tint to the blues and the silvers, and it really sits well next to the equally beautiful The Music Room, a film that will hopefully be purchased by those who get hooked on Ray with this film.

David: When I saw the identical font for the “SATYAJIT RAY’S” byline over the top of the cover and that cool metallic glint that matches up so nicely with The Music Room’s artwork, I wondered why they didn’t continue that scheme with Charulata. Then I discovered the reason behind the different design approach: Ray himself provided the original cover art on Charulata, in addition to writing, directing and even composing the soundtrack music for these two new releases! Ray was indeed an auteur through and through.

Josh: The short by Ray is solid, it’s titled The Coward. As a 75 minute supplement from 1965 starring Madhabi Mukarjee (the female lead in all three of these films) it definitely adds value to the package. While it may get the headlines, it’s not my favorite supplement. My personal favorite, and the one that really gives a great deal of insight into the film itself has to be the interview with Suranjan Ganguly that gets into the film, and its cultural resonance today and of its time. It is a relatively lengthy interview, and it gives a great deal of context to the film itself, as any top tier Criterion supplement should. Other than that, it should go without saying that the transfer here is mind blowing. It also includes a brief documentary on Ray, as well as a source interview from earlier this year with star Madhabi Mukherjee as she recalls the making of this film and her impressions of its director. It’s really a great Criterion release that comes hand in hand, and fits perfectly along with Charulata.

David: Each of the bonus features on this disc sheds helpful light on Satyajit Ray, especially to novice viewers like me (I admit, I’m jealous that you’ve seen so many of his films already, and I’m wondering how you did that since his stuff seems to be so hard to find!) My personal favorite of the extras is the short film that I can’t embed here (but you can follow this link) in which Ray himself offers his personal philosophy of filmmaking. Hearing his sentiments transformed me from being a mere admirer of his obvious talent to regarding him as a revered kindred spirit. My attention has been galvanized – I’m eagerly awaiting new releases of Ray’s films, even before I’ve had my fill of these two.

Josh: One final thing to add here and it has to do with the previously mentioned availability of Ray’s pictures to US audiences. While there are relatively hard to find DVDs of primarily just the Apu Trilogy, Criterion has brilliantly spaced out adding the Ray films they have the rights to on their Hulu channel. There are a handful of films currently available, and I fully expect more to come soon. He’s a brilliant filmmaker who is finally about to really get the respect, at least here, that he truly deserves. 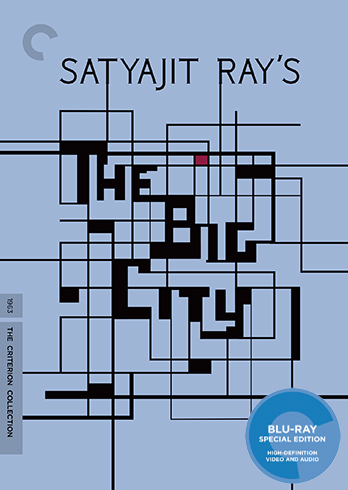 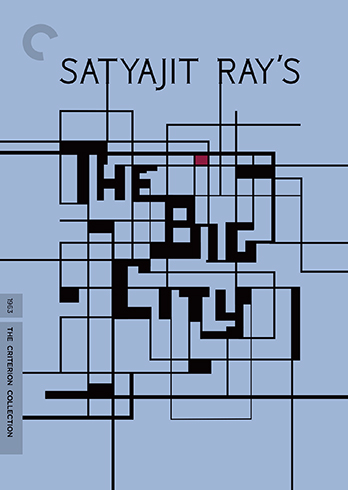