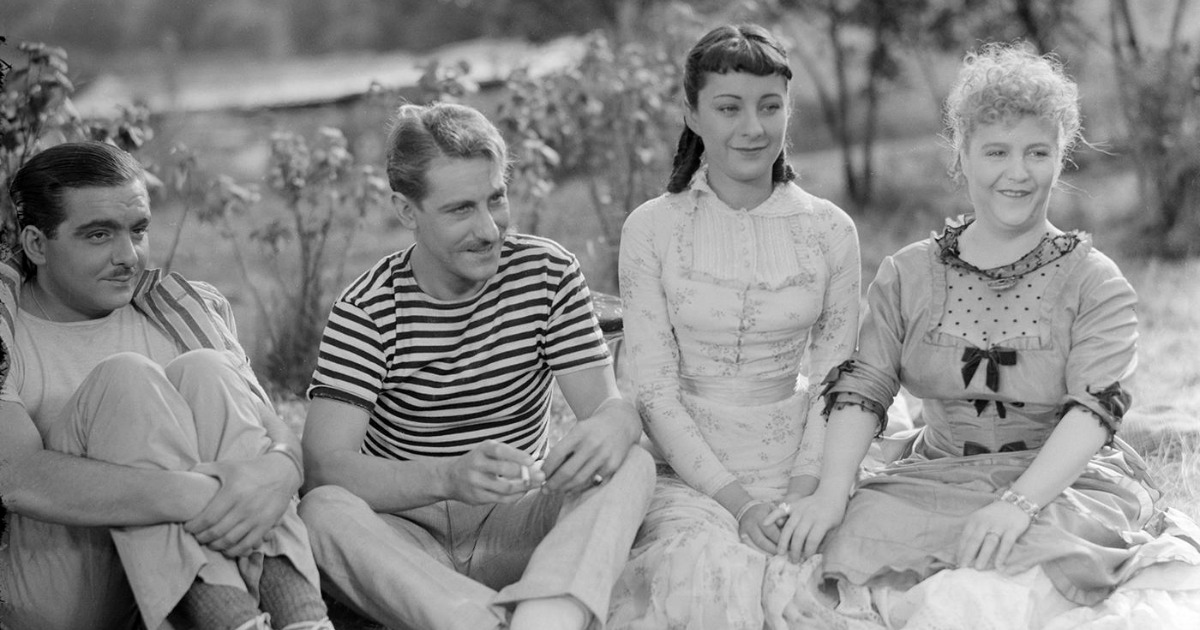 Back in 2009, during the early months of my Criterion Reflections project, I was in a delightful process of discovering the films of Jean Renoir. Criterion had released by then a substantial portion of Renoir’s 1930s output and I felt an immediate kinship with his marvelous blend of humane, charitable warmth toward his characters while retaining a sharply critical attitude toward the habits and standards of reputable society. As one who holds a deep love for people as they are, despite almost continual disappointment with how the “mainstream” expresses itself in its politics and culture, I found Renoir’s films to be a deep resource of insight and amusement.

In my reading about other work that Renoir produced in this period, I recall mention of an unfinished title, Une partie de campagne, a short film of less than an hour’s length that was abandoned by its director in 1936 as he moved on to take the helm of The Lower Depths toward the end of that year. A decade later, after World War II had run its course, a salvage job version of the movie was assembled from the scraps by a few of his colleagues who had remained in France long after Renoir had fled Europe to work in Hollywood. Regarded as a minor work by the critics I was depending on as mediators for a film I never expected to see,  Une partie de campagne was most perhaps notable for an innovative sequence showing a pretty young woman on a swing, with a camera mounted right in front of her as she swung back and forth. At the time, it seemed unlikely that Une partie de campagne would ever find its way to me. Its short running  time, fragmentary condition and semi-canonical status didn’t seem to point the  way to a Criterion release, and I had difficulty imagining at the time that any other home video distribution company would have much interest in picking  it up. The most I dared to hope for was that it might show up as a supplement on a different Renoir film from that era.

Several years later, I was happily able to watch the film, now being referred to by its English title translation A Day in the Country, through the  Hulu Plus streaming service. Besides my own admiration for its director and its status as a “missing piece” in my personal cinematic education, Scott Nye’s fine review from 2012 rekindled my curiosity to check out this nearly lost specimen of Renoir’s artistry. Rereading it just now, I note that he also expressed some slight pessimism about the chances of it ever getting a proper release all on its own. So of course we (and presumably quite a few others) were pleasantly surprised last fall when Criterion made the announcement that A Day in the Country would be honored with a stand-alone edition, spine #746, as a matter of fact!

Even though my impression of the film from my one viewing on Hulu was generally positive, there was a certain slightness (or so it seemed to me at the time) that only reinforced my hunch that it was destined to remain among those streaming-only titles to which Criterion had acquired the rights. But when I saw an ample list of bonus features to be included on the disc, I gave them the benefit of the doubt, figuring that there would be at least enough “historical interest” material to compensate for the main feature’s marginal stature.

The biggest surprise to me then, in this entire package, is how much I’ve grown to love A Day in the Country on its own terms, regardless of all the fascinating extras, the handsome packaging and the overall quality of the release. Based on a short story by Guy de Maupassant, on its surface the film is a blithe frolic that grows out of the chance encounter between a self-satisfied bourgeois family (parents, adult daughter and her fiance, who also works for the family business) and a pair of rascally laborers who take it upon themselves to seduce the women, mostly just to relieve the tedium of an otherwise aimless day, while their doltish male companions snooze away the afternoon. The mood shifts from gentle mockery of the uptight family’s mannerisms to breezily bucolic idyll and finally, and with sudden, wrenching brevity, to a parting note of melancholy for those ephemeral moments of liberation that burn themselves indelibly into our memory due to their rarity and elusiveness.

The film’s very compactness as a narrative and the exquisite blend of mildly earthy humor, cheerful summertime settings rendered in sumptuous monochrome, and a sentimental musical theme that runs throughout, makes this an instant “armchair vacation” (to borrow Josh Brunsting’s term) that I expect in years ahead to revisit with a frequency closely resembling my reliance on M. Hulot’s Holiday as an instant reprieve from the Michigan midwinter blues. My experience over the past few weeks since I first started watching the new Blu-ray provides a clear demonstration of why I like having the physical media at my disposal and why I doubt that watching films like this through a streaming service will ever provide the sense of satisfaction and immersion I’ve enjoyed throughout this recent interval. Going through A Day in the Country on Hulu certainly counted as having “seen” the movie, but I don’t think I came close to sufficiently appreciating it until I had the benefit of this comprehensive presentation. Certainly the impeccably luminous HD transfer helped, and so did the uncompressed soundtrack – the music’s winsome effect becomes unmistakably clear when compared with the stark silence of the same scenes in what seems likely to be among my favorite supplements of the year, Un tournage a la campagne, an amazing compilation of outtakes that runs more than twice as long as the main film itself. Culled from around 270 minutes of raw footage that Renoir left behind when he abandoned the film, this re-edit basically walks us through the complete story told in A Day in the Country, but we get to see a lot more of the artists at work – director, actors, crew – as well as some of the editorial decisions that Renoir set himself up to make, but ultimately left to others. Consider it an expanded remix of sorts. In providing a  behind-the-curtain glimpse of these creative talents engaged in their process, Un tournage a la campagne has a power of its own to induce that “being on holiday” sensation as we imagine what it must have been like to be a part of Renoir’s film shoot in the summer of 1936.

We also get to hear Renoir’s thoughts on his orphaned project, from the perspective of a few decades later, part of a series of short introductions to his films that he made on camera in the early 1960s. Here he explains that his motive for making a short film (originally planned for less than an hour’s run time) was to make it part of a fuller program, accompanied by other films that weren’t quite specified at the time and wound up never being made. Basically, he had in mind an anticipation of the omnibus films that were in their heyday at the time Renoir was making this intro clip. The other notable supplements provide more context on the film’s production history and how this unusually pastoral subject matter (which contrasts significantly with Renoir’s more serious and politically infused depictions of working class life) serves as a bit of commentary on the director’s relationship with his father, the renowned painter Auguste Renoir.

Though nobody is likely to claim that A Day in the Country deserves the kind of consensus appraisal as an all-time great that Renoir masterpieces like Grand Illusion and The Rules of the Game have achieved, the argument can be made that Criterion has done a top-notch job in placing this wonderful little jewel of a film in a very attractive setting. Far from being an anecdote or an obscurity (even though the director himself kind of forgot about it for the next decade after he moved on to other projects), this is a new essential addition to the collection of anyone who values and seeks to understand the genius of Jean Renoir. 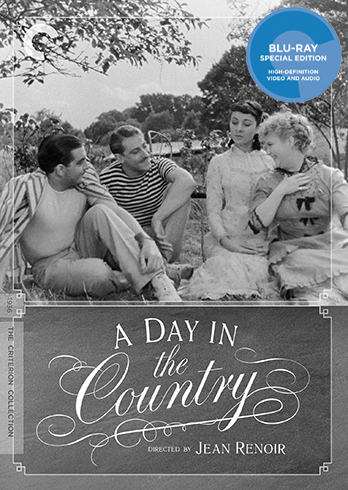 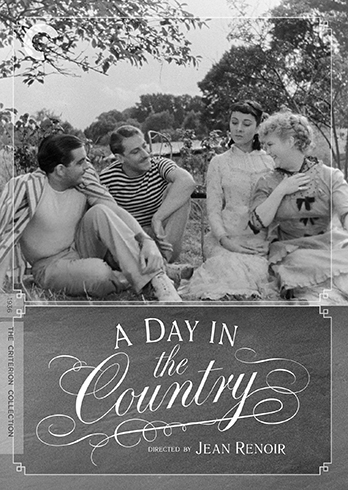