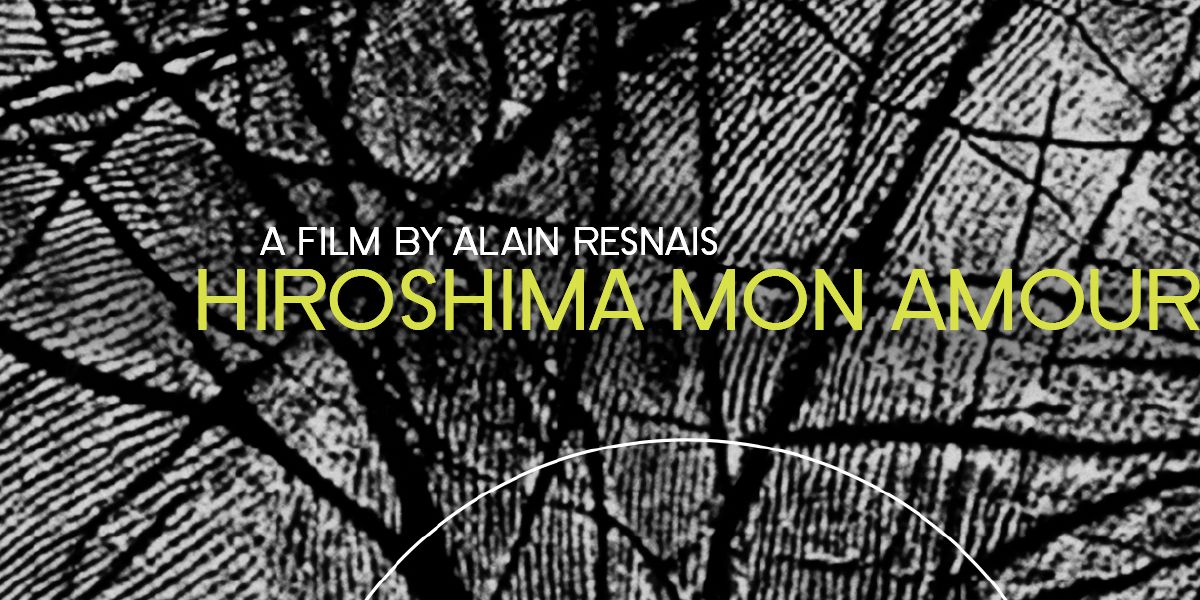 Upon first impression, the stark, angular and abstract constructions of Hiroshima mon amour (released in a new upgraded edition earlier this month by the Criterion Collection) serve as a kind of filter that separates viewers who find themselves bored or baffled by what they see from those who emerge from the viewing with a distinct affinity for the pair of anguished lovers at the heart of the film. The gist of the story is fairly simple: a French actress, on assignment in Hiroshima to play a part in an antiwar film, has a brief but emotionally intense affair with a Japanese man who lives there. Both are married, and even though they recognize a real temptation for them to prolong their time together to more fully enjoy this rush of passion, there’s no practical possibility of the relationship extending beyond a fling. But over the course of the weekend they spend together, deeper psychological currents are tapped into, presented to the audience in a striking, unconventional manner.

By employing stilted, intellectually portentous dialogue, placing the story in a fascinating but in many respects horrifying cultural context and unfolding the plot through abrupt and unannounced displacements in time, director Alain Resnais and screenwriter Marguerite Duras crafted an experience that doesn’t necessarily lend itself to easy absorption, at least without some degree of determination, for those who come to it unprepared or unaware. Hailed (and rightly so) as an innovative landmark of cinematic modernism and frequently lumped in as part of the emerging French New Wave (more due to the proximity of its origins than to any direct involvement that Resnais had with Godard, Truffaut and the Cahiers du Cinema clique),  Hiroshima mon amour has also generated its share of detractors, some vehement, since it debuted in 1959, despite (or maybe because of) the film’s impressive litany of awards, nominations and critical acclaim soon afterward. Let me just say it: with its out-front embrace of high concept art, existentialist philosophy and mannered aesthetics, this is a film that practically insists on being labeled as “pretentious” by those armchair critics lacking the insight and self-awareness to know any better. The passage of over 50 years has probably diminished the sense of novelty and even astonishment that the film first generated upon its initial release, but then again, close attention to how Duras crafted the words that Resnais realized into scenarios still yields plenty of surprises and generates a lot of respect from those who recognize the genius of this ambitious and impeccably rendered masterpiece. My hunch is that Hiroshima mon amour still holds plenty of power to amaze, despite the fact that some of its technical and narrative breakthroughs have now become accepted and familiar conventions.

Though it’s cited as a joint production and collaborative effort of talent from France and Japan, Hiroshima mon amour clearly tilts its perspective and orientation toward the French side of its audience, with its prolonged existentialist meditations (spoken en français) on the nature of love and memory, and the corrosive effects of time on both of those cherished facets of human nature. The emotional struggle at the heart of the film emanates from a sensibility more aptly described as Continental rather than Oriental. In many respects as much a literary as it was a cinematic achievement, Hiroshima mon amour offers up ample rewards to those who return to it on multiple occasions and over a period of years. Just recently, I’ve watched it a few times, either all the way through or in bits and pieces, and with commentary by the dependably erudite Peter Cowie, since first obtaining the new Blu-ray just a few days before it was released. I also dug into it repeatedly back in 2011 when I first reviewed it on my Criterion Reflections blog (I’m adapting that old essay for this review.) The accumulated exposure has facilitated my discovery of new angles and led me to draw different connections with each pass through. From this most recent contemplation, I was struck by the discordant juxtaposition involving the description of beautiful wildflowers that sprang up in the week or two following the detonation of the first atomic bomb over Hiroshima, accompanied by images of physical atrocities unsurpassed in their grotesque implications – mangled flesh, corruptions and amputations of human bodies that for at least a moment stun and stagger our eyes, before they move on to depictions of a more sensual nature. The grasp of a female hand, caressing the shoulder of a man positioned in that most intimate of situations, a communion of bodies and (perhaps) souls, intersected by circumstance and the random whims of a momentary opportunity. Further on, there’s the exposure and consummation of a woman who, at first somewhat boastful and provocatively self-satisfied at her current conquest according to the dictates of her “dubious morals,” is summarily broken down and humbled as the repressed baggage of her traumatized past erupts under the pressure of this crisis, unanticipated but willfully entered into. Duras’ scripting of the female lead, and Riva’s inhabitation of the part, which requires her to strip bare and submit to a baseline of raw vulnerability (“you’re destroying me, you’re good for me”), becomes more exceedingly shocking and revelatory with every pass.

There’s a lot to admire here. The monumental opening sequence interpolates footage that Resnais originally intended to be part of a documentary he was first commissioned to make, a companion piece to that other prominent chronicle of a 20th century atrocity, Night and Fog, with a strikingly sensuous and mature introductory narrative that presents the couple we’ll follow over the next 90 minutes, and whose ordeal will haunt us the rest of our lives if we let it. A magnificently dense and nuanced script packs depths of meaning and intelligence into every scene as we acclimate to this seemingly sparse and inaccessible emotional landscape. Emmanuelle Riva’s remarkable immersion into her role as a survivor of trauma and neglect, seemingly made whole with the passage of time but still riddled with anxieties and unresolved grief, elevated her to a lasting and deserved fame, as well as a reputable acting career that has carried over into the new century. The pair of interviews she offers on this impressive disc, dating from 1959 and 2003, show her to be a wise and insightful artist, quite aware of the impact she had on a generation of viewers and critics alike. Resnais’ and Duras’ grasp of both the ecstatic triumphalism and the gut-wrenching horror that emerged from the unleashing of the atomic genie who granted civilization’s wish for an end to the Second World War. It’s to their everlasting credit that they identified such issues and played off of them in their very first venture into wide-distribution feature filmmaking. And then there’s the people’s march for peace, an orderly procession of common folks who simply want to turn our attention to the appalling possibility that those in charge of the world’s nuclear arsenals might decide, for whatever reason, to unleash their weapons once again. It was a palpable fear in 1959, perhaps a bit less urgently regarded in 2015 after so many decades have passed. And yet the threat still remains. We’d be foolish to assume that it simply couldn’t happen again.

So let me turn my focus to those who own the 2003 edition of Criterion’s release of Hiroshima mon amour on DVD. My straightforward advice is to get the new upgrade, and also hold on to what you’ve already got. There’s a trade-off involved here. First and foremost of course is the new 4K restoration of the film, an improvement significant enough to warrant a deletion of the old version and a replacement with the new. We also get two informative new supplements recorded within the past several months that help today’s viewers understand the scope and significance of Hiroshima mon amour‘s breakthrough as the Fifties turned into the Sixties. A nice featurette on the 2013 restoration gives graphic evidence of how much better the film looks in high definition, and the most important supplements, the commentaries and interviews already mentioned above, along with a printed round table conversation involving nouvelle vague icons Godard, Rivette, Rohmer and a few of their pals, survive the transition.

However, we do lose a few things that in an ideal world would have been worth preserving. They primarily involve the input of Marguerite Duras, leading me to speculate that for some reason, her estate was not as willing to be involved with this release as they were back in 2003. A pair of character sketches of the male and female leads was excised from the booklet, and further annotations to her script that were included as a DVD-ROM bonus also did not carry over. For my money, these supplements provide helpful insight on Duras’ intentions as they allow us to delve deeper into the motivations of the characters and the methods she chose to introduce them to her audience. It’s a shame that they’ve been swept under the rug, so to speak; I don’t like the idea of a new Criterion edition somehow being “less” than what was previously offered, but I certainly respect their effort to refresh the package. I’m just glad to have both versions in my library.

Finally, let me open up the debate, if I can, on the revision to the cover art. Last weekend, I posted a photo on Instagram that I took of the new Blu-ray when it first arrive at my house. One of my friends on that site, @cantbrodown, weighed in with some sharp critique of the font used in the title treatment, a take that somewhat caught me by surprise. I’m basically OK with the look – I really dig the “handprint as roadmap” illustration scheme, but I’m open to further exploration of what they might have done to, as @cantbrodown put it, ensure that “the typography should sing.” From where I sit, it’s not all that different from what we see on the title screen – a little more fat there, a little more vertical here: 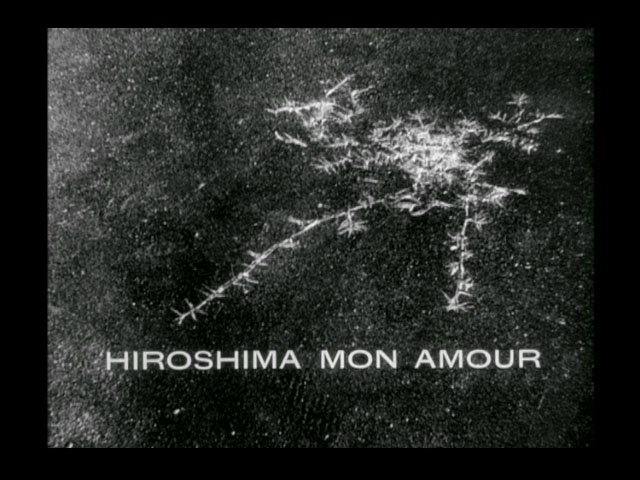 … but maybe that slight degree of compression makes all the difference for sensibilities more finely attuned than mine. Have an opinion on the subject, or any further feedback on the film itself? I’m eager to discuss it, and you’re welcome to express it in the comment section below! 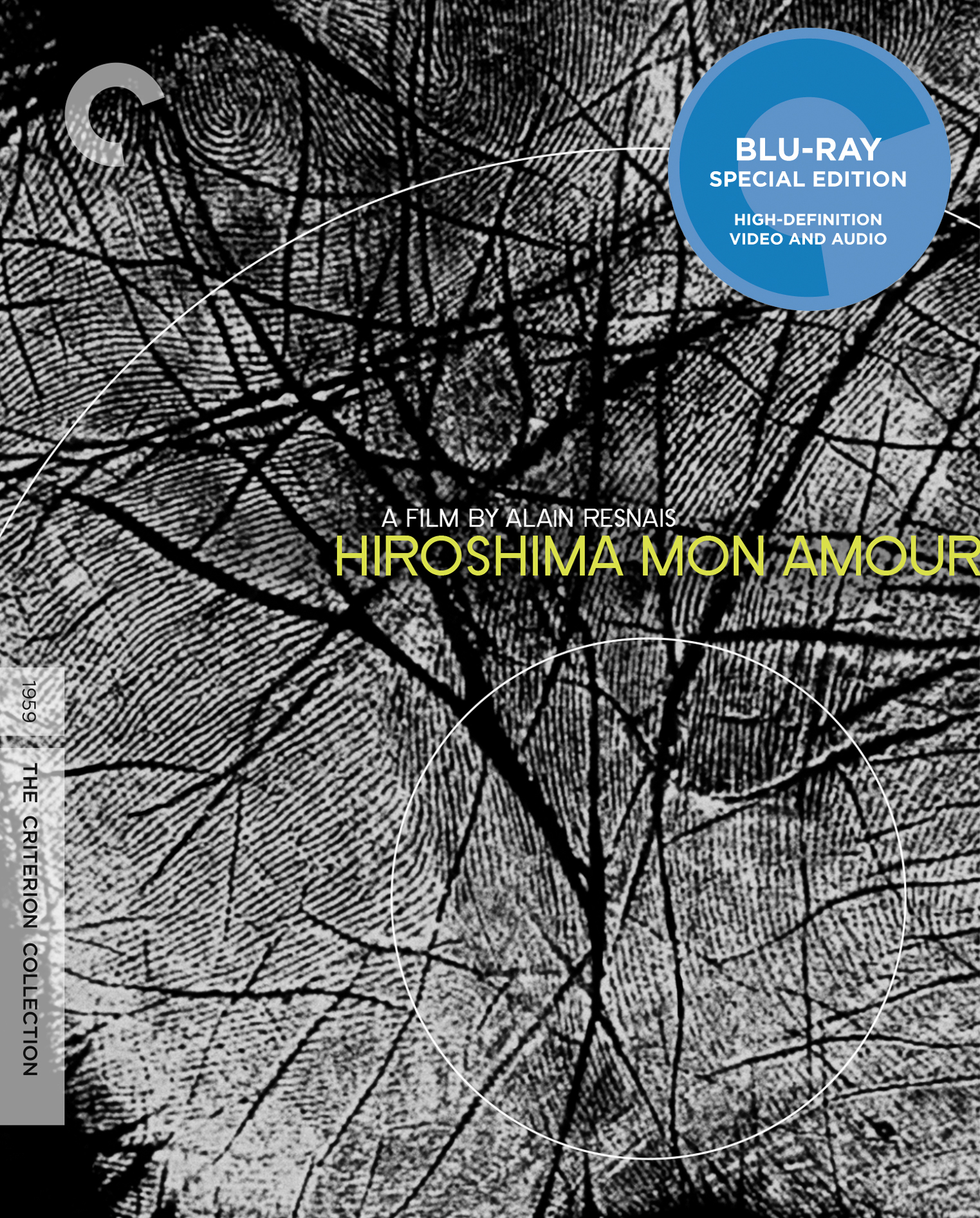 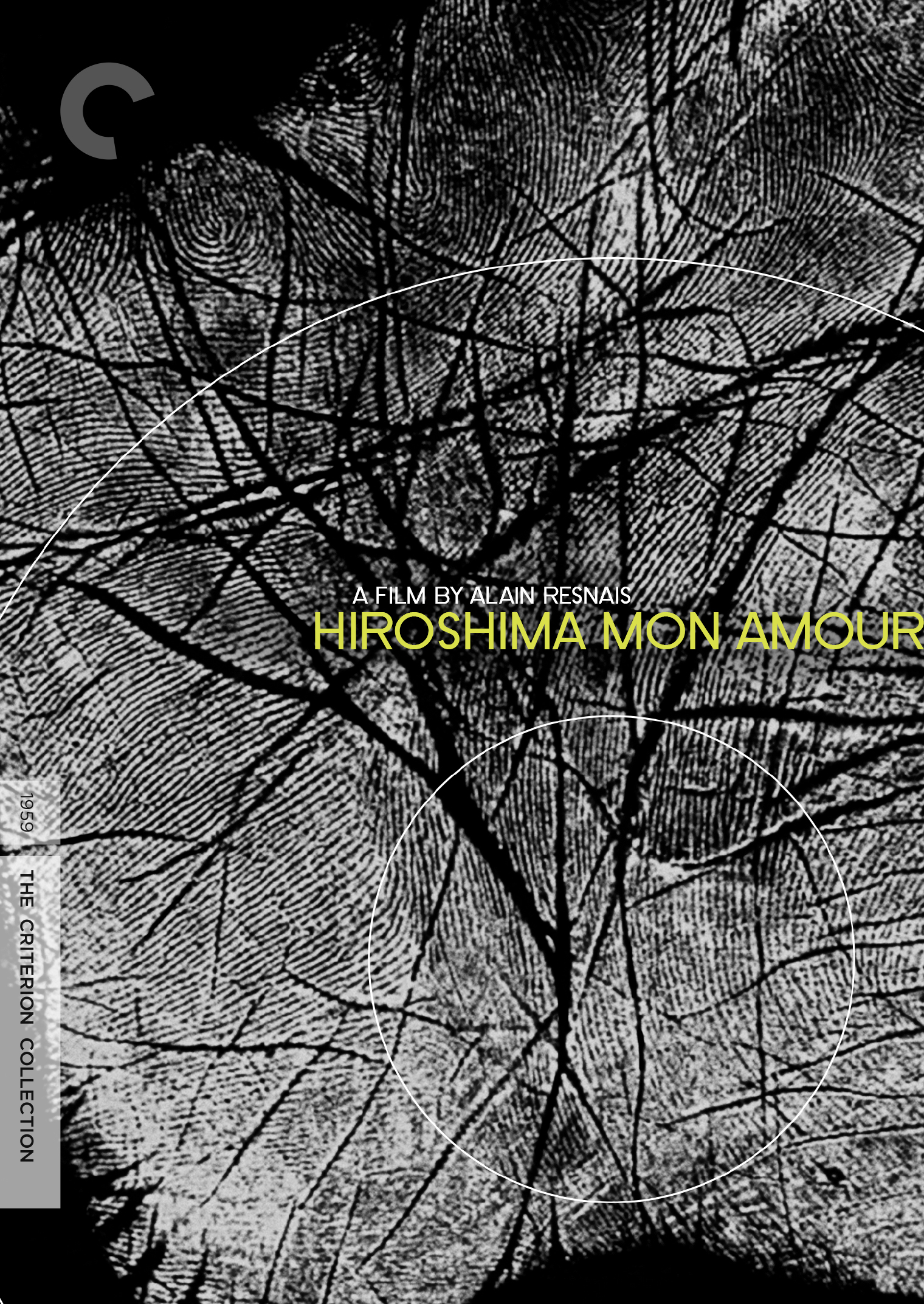