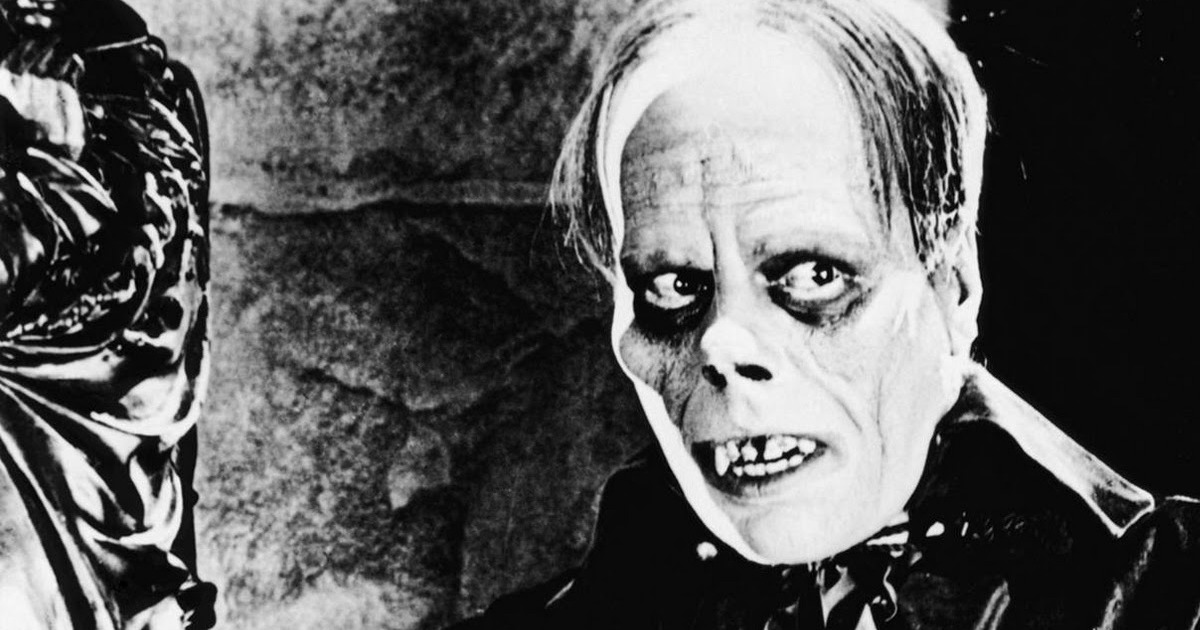 Every October, horror hounds and cinephiles alike delve into the vast history of this art we call cinema, looking for the greatest in spine chilling horror pictures. Be it the latest in gruesome yet cliche-ridden found footage features or the gothic roots of classic Universal monster pictures, horror cinema comes to life in a distinct and visceral way each October.

And thanks to Kino Lorber, this is going to be a special holiday season, as one of horror’s earliest cinematic entries, and one of its greatest and most unforgettable, is now available on Blu-ray in a shockingly dense new release.

Starring one of horror’s most iconic stars, Lon Chaney, The Phantom Of The Opera has entered the ranks of Kino Lorber’s home video canon, in one of the year’s most enticing classic cinema releases. Released 90 years ago, the story from which it is based is a touch older. Originally serialized starting in late 1909 into early 1910, the story was later published as a novel from writer Gaston Leroux, telling the tale of the titular phantom, a deformed ghoul of sorts which haunts the Paris Opera House, only to snatch up the woman he loves in the hopes of turning her into a star. One of Universal’s earliest horror efforts, this 1925 adaptation is relatively well known, with Chaney’s makeup work (of which he drew inspiration from photographs of returning war veterans and their deformities) helping solidify him as the man of a thousand faces.

While a great deal has been said about this film and the craftsmanship behind it, this is a release centered around the various versions of the picture that were released in 1929, 25 and 30, so any discussion of this Blu-ray must begin there.

Originally released in 1925, the central focus of this release is the 1929 version of the film, which is restored from 35mm elements, including the now iconic Bal Masque sequence, with Chaney’s Phantom masquerading, literally, as the Red Death. It’s an early bit of two strip Technicolor, and it’s as glorious today as it has ever been. There are two different projection speeds (themselves coming with separate soundtrack options) for this version of the film, and is a trimmed version of the picture. Shorter than the 1925 cut, that cut is included here as well, as well as a great bit of footage from the 1930 sound version, which itself is lost to history in its complete form. As full a historical collection of the release history of this picture, Kino Lorber’s new Blu-ray does shine a light on the power of the studio system during this time period. Each version of the film has its merits. The ‘29 release is taut and well paced, while its previous iteration is a touch more poetic, and slightly more fleshed out narratively. The sound version is a curio for most, but does shine a light on just how much the introduction of sound truly changed cinema and cinematic language.

The film itself is still, 90 years after its initial release, an absolute delight. The Red Death sequence is arguably the most bravura bit of filmmaking the horror genre had seen up to that point in its young history, and the reveal of the Phantom’s deformed face still sends chills up any viewer’s spine. The performances here are delightful, if one may describe a turn by Lon Chaney as such, but his complete descent into this character is shocking. The makeup is, yes, gloriously disturbing, but there is a sadness and melancholic pain under it all, proving that few silent film stars truly thrust themselves into a performance quite like he. The film was re-cut as a romance picture for a preview after its 1925 debut, and one can clearly see why as not only is the central narrative romantically engaging, but Chaney’s performance is both melodramatic and yet genuinely powerful. It’s a tour-de-force performance, and one that will never be forgotten thanks to both some great below the line work as well as a superb thespian at the top of his game. Mary Philbin is great as well as the Phantom’s love interest, and it is her face that becomes the audience proxy for the sheer terror that would be the great unmasking scene. It’s a great performance, if one that only silent cinema can foster, and really adds great depth and nuance to an otherwise melodramatic horror picture.

Aesthetically, the film is just as superb. Director Rupert Julian was taken off the picture and had his ending changed after the production’s conclusion, but he ultimately became attached to a picture that is gleefully gothic in its craft, and genuinely chilling in its tone. There are a few moments here that feel like clear precursors to films that he’d go on to craft, particularly the flawed but underrated The Cat Creeps, particularly in his hand with tone and the chilling sense of mood and atmosphere he sets in his film. Phantom is, for all its bombast, a film of atmosphere, and Julian is at the height of his craft here. The black and white photography really brings this tale to life, and the use of Technicolor is both jarring and yet utterly fitting of a film so teetering on the edge of melodrama. It’s a real triumph, even nearly a century after its birth.

Most film fans have at one point in their life seen this masterpiece. Many, one would hope, have made this film an entry in their yearly feast of horror that begins around this section of the calendar. Kino’s new Blu-ray helps round out that experience. Not only restoring the film in all of its brooding black and white glory, but giving the world a true glimpse into the history of this property thanks to three (more like four) versions of the picture, this is a superb release of a legendary motion picture. The scores here, of which there are four (I’m partial to the theater organ score from Gaylord Carter myself), are all great, and the commentary by historian Jon C. Mirsalis goes into greater, less confusing, depth about the history of this film and all of its various releases. It’s an important text when studying this picture, and helps turn what could have been just another catalog release into one of October’s best home video releases. Toss in a pair of travel films looking at Paris in 1925, and you’ve got a Blu-ray you can’t afford to miss. 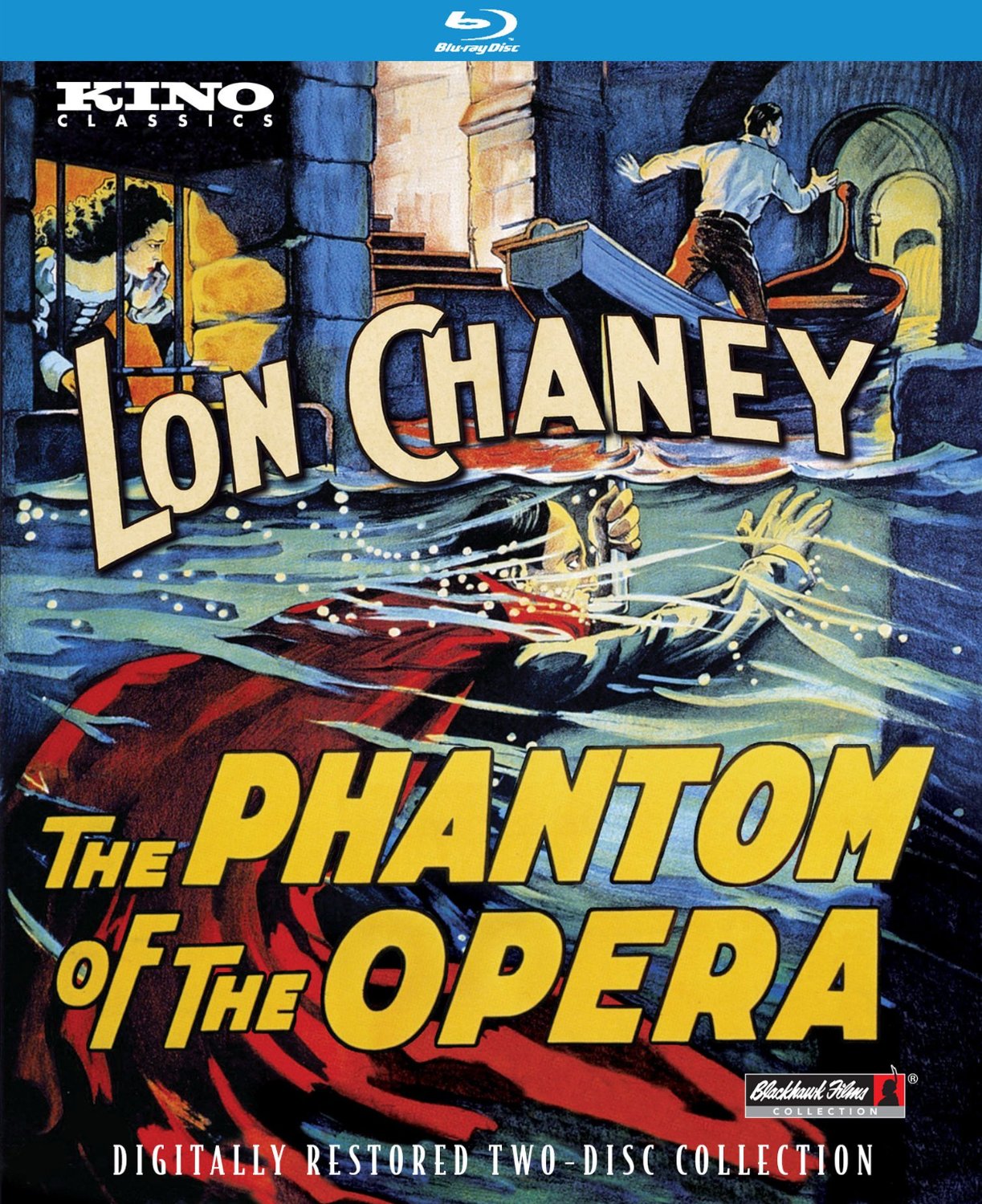