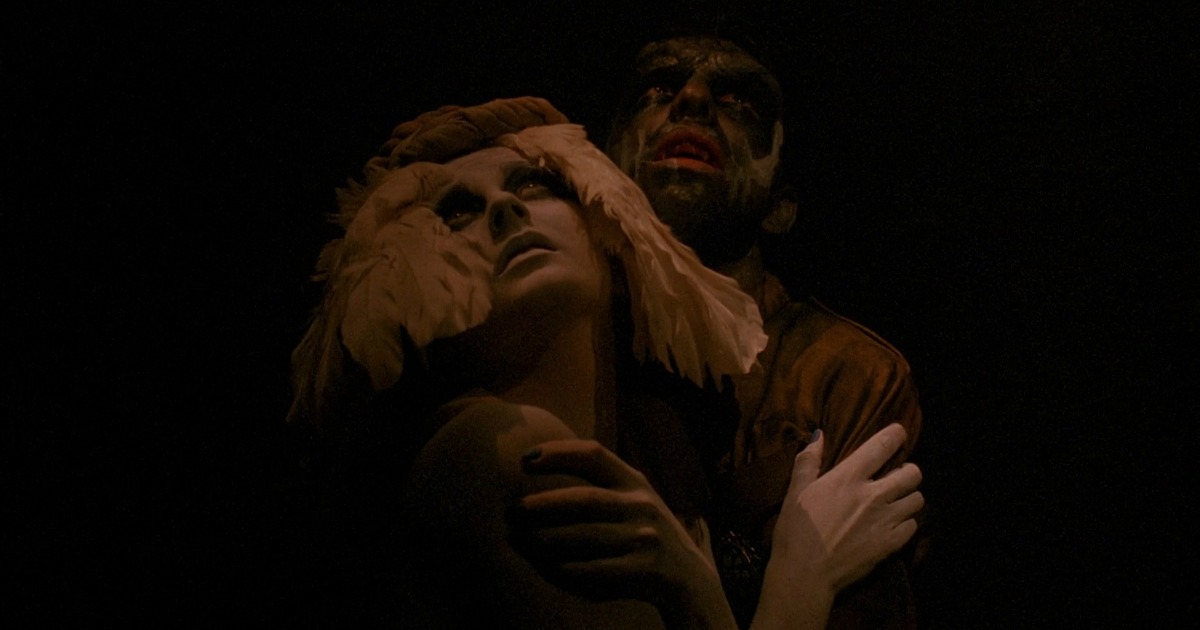 Every film has a story. Be it one of total freedom for its director, cast and the rest of the crew, or be it a creative nightmare like so many great films (or potentially great films for those who haven’t had the chance to get off the ground) face, no film or film production is quite like the next one. Take director Clive Barker’s legendary cult classic, Nightbreed for example.

Released in 1990, the film (based on Barker’s beloved novel Cabal), the film debuted theatrically throughout the country, to much controversy and critical disapproval. Butchered by the studio with massive edits and various sequences either re-edited or cut out entirely, Barker’s film was released as a shell of its originally intended self, with the original cut becoming a golden goose for film nerds and genre hounds globally. Originally thought lost due to various hands being involved with the film’s release, the film’s long time fan collective can be thanked for that changing, however. With their “Occupy Midian” movement, the film’s most fervent fans hoped and pleaded to see the director’s cut, or something as close to it as possible, see the light of day on home video. And that’s exactly what they got. 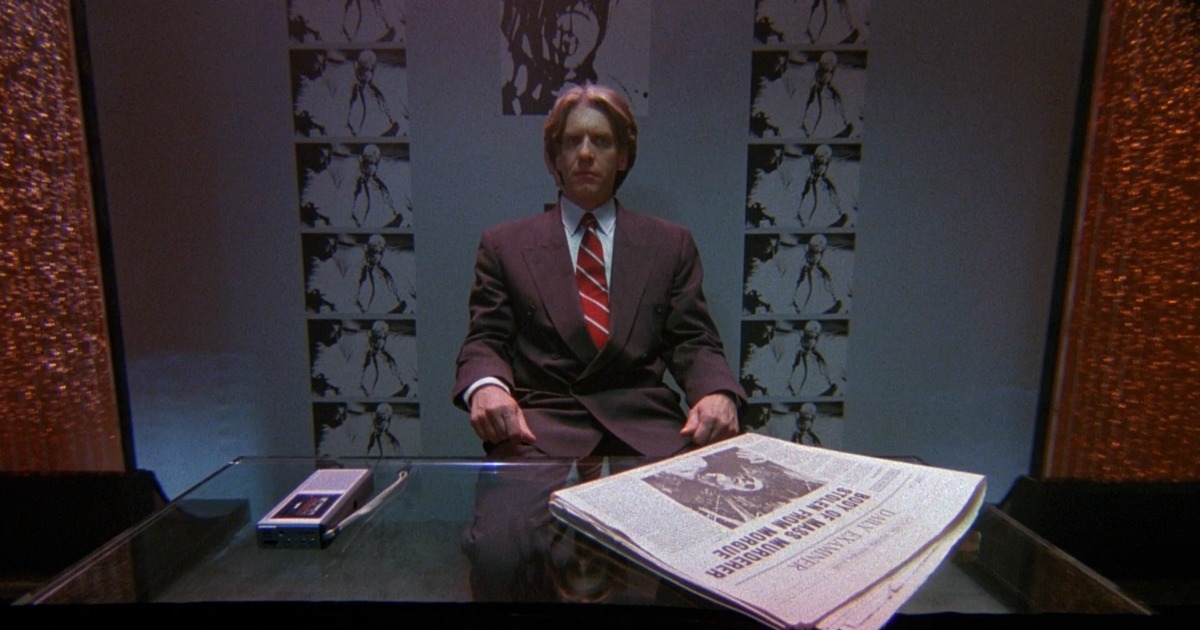 Restored both structurally and with a crisp, brand new digital restoration thanks to the team of Scream Factory and Warner Brothers, Barker’s beloved cult classic is now available in a gorgeous and extensively supplemented new Blu-ray release. Digging through over 600 boxes of various bits of film elements including a cavalcade of never before seen sequences, the journey began back in 2008 when he and Seraphim Films executive Mark Miller took to hunting down all the various elements they could, ranging from various prints held in archives to even VHS releases that the film has seen throughout its existence. Those VHS releases proved to be the most fruitful, and despite being degraded and seemingly impossible to restore, Barker and his team found a home with Scream Factory, who has given us a brand new Blu-ray that will hopefully help turn this film into the Halloween staple that it so rightly deserves to become.

Including 40 minutes of new and altered footage, Barker’s approved cut is an absolute beauty. The film introduces us to a man named Boone (Craig Sheffer), who is as troubled as they come. A dead ringer for any good 50’s era greaser, this brooding youth is set up as a fall guy for a recent string of brutal murders, and is forced to go on the run. Taking up solace in the purgatory known as Midian (billed as the place between “us” and “them”), Boone’s tale is an age old look into the definition of “monster” and what truly makes one. Co-starring the likes of Anne Bobby, Charles Haid and, yes, one David Cronenberg (who deliciously chews up every bit of scenery here), the film even includes a effective score from master maestro Danny Elfman, and is sure to be a hit with genre hounds around the film world.

Nearly 25 years old, Nightbreed doesn’t seem to have aged a day in this new restoration. The effects work here is its strongest suit. With numerous monsters encountered here, all of which their own creation, no two ever alike, Barker and the team at Image Animation really outdo themselves here. While it is the added minutes of footage that adds depth to the picture, fans will find a cavalcade of new faces to bask in here, which itself adds a real sense of world building to a film that originally missed depth not only in the horror but in the creation of an actual universe here. Each character has real vitality to their design and the effects add a level of realism to this film, which itself proves to be its most unforgettable attribute. 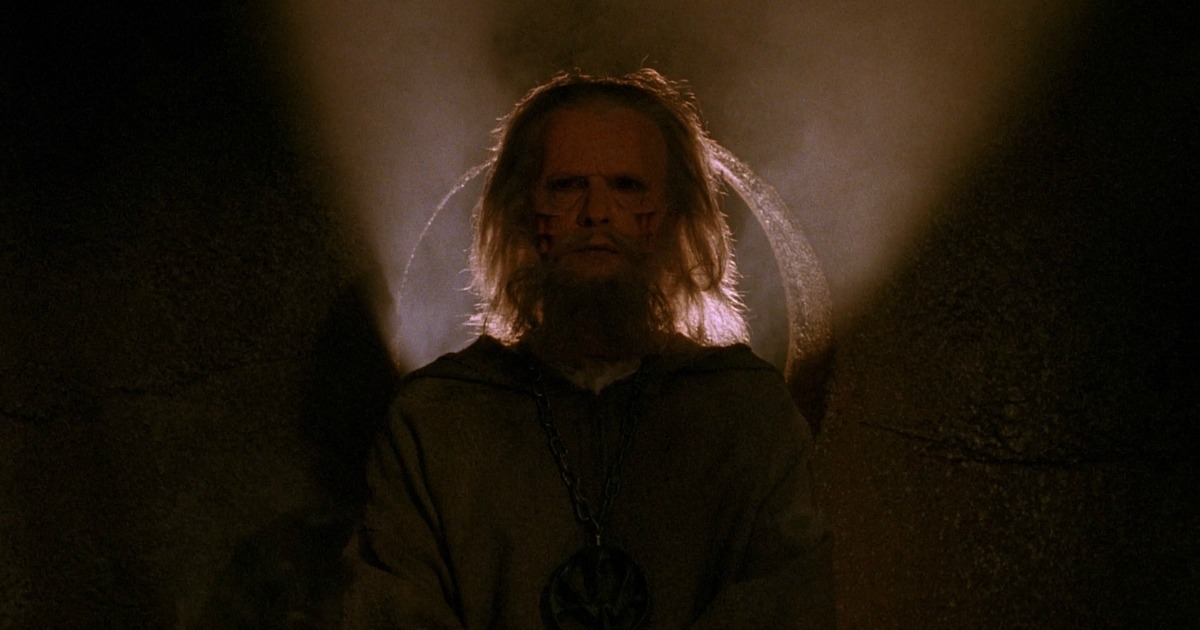 Inherently a rather campy horror tale, the idea of its central theme, “what makes a monster,” really allows the film to breath in a way emotionally that one wouldn’t assume to be the case. At his very best, Barker is able to embed a shocking level of empathy into this tale, finding each and every viewer connecting to the “monsters” here in a way they wouldn’t otherwise think possible. The final act is especially heartbreaking, proving that Barker’s is unparralled in his abiliy, when given the chance, to really give life and heart to characters that other, lesser artists would use as window dressing. Even “monsters” we don’t hear a word from are turned into characters we emotionally invest in, and it really makes Nightbreed a superb horror picture. Visually, the film is also rather solid. Warm and lushly made, Barker knows how to work a camera, and his portrayal of violence is informed and thoughtful with regards to the core theme. The final act is action packed and the geography of the action is rarely lost, and the story that is told may be a tad on the nose, or at least cliched, but Barker injects so much energy and life into the film with his kinetic direction that it becomes something of an unsung aesthetic gem of the horror genre.

The performances here are also rather superb. While he may not lead the picture, the film is stolen by Cronenberg, who takes the role of evil and manipulative therapist as an opportunity to really sink his teeth into a villain character that he appears to really have an absolute blast digging into. Sheffer is solid here as Boone, and his relationship with Bobby’s romantic lead allows for the film to have a touch of heart to it. Both are serviceable but ultimately aren’t given all that much to do in a narrative that is for better or for worse a relatively standard piece of horror storytelling. Sheffer’s character itself is of note for its sexualization, however. This home video release points out that, to many scholars (and even a filmmaker like Alejandro Jodorowsky) the film holds a special place in the LGBT community, in many ways. As with any horror film, the lead here is sexualized to a rather grand extent, be it shots of our lead in his underwear or bare chested with a jacket open. Jodorowsky has even stated that the film is the first real gay horror fantasy epic, and it’s easy to see why. Barker’s camera eats every inch of Sheffer’s Boone right up, and without anything resembling a second thought. It’s a sociologically intriguing point in horror filmmaking, and something that deserves much more discussion than it will likely get upon this home video release. The score is also solid, especially coming from Elfman, as it is a piece of work that is still very much of his style, but just a touch more subdued than one would expect given his current run of over the top compositions for directors like Tim Burton. Overall, Barker’s film is an impressive bit of horror storytelling that really comes to life in this new, more vibrant and full, restoration.

Speaking of the restoration, it’s a real beauty. Coming in two different versions (including a rare, limited edition 3-disc set that is only numbered to 10,000 pieces), the version most will find is a beautifully designed two disc set, from Scream Factory. A DVD and Blu-ray combo set, the Blu-ray’s restoration includes over 40 minutes of new or altered footage, all of which itself is led by a new introduction to the film by Barker and producer Miller. The film itself gets a new and crisp restoration, really adding life to the film and particularly adding depth and vitality to the film’s use of special effects and its glorious makeup work. A commentary accompanies the film, with both Barker and Miller speaking at great length about the making of the film, and the process of getting it to its current state. It’s a really fantastic look into the making of the film, and for those who want even more there is a fantastic 72-minute long look at the making of the film entitled Tribes Of The Moon: The Making Of Nightbreed. Toss in some looks at the making of the characters and the make up work as well as the work of stunt coordinator Andy Armstrong, and you have a release that will hopefully turn this Clive Barker masterwork into a Halloween staple, something that it most rightly deserves. 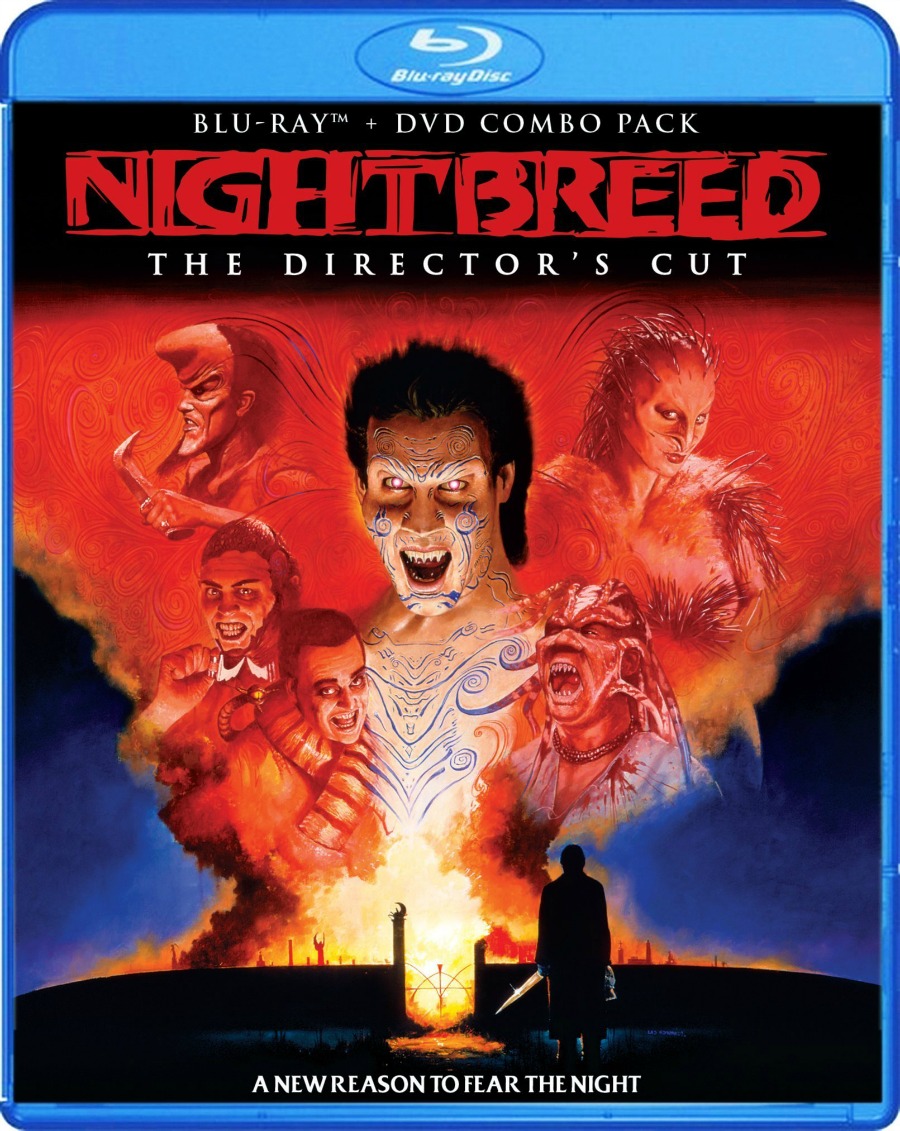