Reaching the back half of one’s life is an intriguing, scary and all around tricky subject. Be it the growth of one’s family or the all-too-real “midlife crisis,” life milestones like the ages of 40 and 50 are marred by both absolute joy and utter terror. The subject of various films throughout the medium’s history, be it something like Brief Encounter (where the idea of a torrid love affair is spurred in a moment of romantic crisis) to Judd Apatow’s This Is 40, there are numerous examples of films that attempt to explore the moment in a man or a woman’s life where they either become unhappy with their current lot in life or discover something (often entirely superficial) that seems to be a more fulfilling possibility. However, few are as bewilderingly charming and enjoyably tender as director Irving Pichel’s gem of a comedy, Mr. Peabody And The Mermaid.

Recently released on Blu-ray thanks to Olive Films, the film stars William Powell as one half of a middle-aged Bostonian couple in the midst of a beautiful Caribbean vacation. Powell stars here as the titular Mr. Peabody, a loving husband who joins his said wife, played by Irene Hervey, on a fantastic vacation to a gorgeous estate in the Caribbean. However, things take a dramatic turn when one afternoon, whilst fishing, Peabody comes across a rather singular discovery. Catching nothing short of a mermaid, Peabody not only catches the stunning fish-woman hybrid, but almost instantaneously falls head over heels in love with her. A relatively light and brisk comedy, this new restoration is not only absolutely breathtaking, but sheds some much needed light on a film that for all intents and purposes has become a forgotten classic.

Director Irving Pichel was quite the underrated master. Debuting with the fantastic Most Dangerous Game, only to go on to make films like She and the charming Randolph Scott Western Santa Fe, Pichel has since become almost a forgotten name, but is absolutely the star of this feature. Oddly grounded for this type of fantasy romantic comedy, the film is relatively muted save for the few gorgeously composed closeups here of the husband and wife, and then of the mermaid, played by the effervescent Ann Blyth. However, the film truly comes alive during the various moments shot under water, where Pichel really shows off his directing chops. These moments are dream-like and when taken along with the film’s lush score, really turns the picture into something far more entrancing than just a standard comedy. The black and white photography here is superb and the use of lighting here is truly something special. It’s a gorgeous picture that is also oddly melancholy and intellectually stimulating.

A rather touching meditation on aging and the desperation one feels to cling onto something new and full of vitality as life begins to near its end, the film is penned by Nunnally Johnson based on a novel from Guy and Constance Jones, and is a truly warm and inviting picture. Powell is fantastic here as the titular lead, and there is something slightly sad and desperate under the skin of Powell’s Peabody. Bookended by a discussion with a psychiatrist, almost from the beginning the film’s warm sense of humor is introduced, and throughout the film it never gets too heavy or has the weight lifted too far off of the viewer’s shoulders. Powell is opposite Irene Hervey, taking on the role of Mrs. Peabody, and the two shine when they share the screen together. Their chemistry is superb, and while their arc is relatively telegraphed (particularly near the end of the film), it still has resonance and is enjoyable to watch given both actors being at the top of their game. Rounding out the cast is Blyth who, despite not having a word to her name in the script, is gorgeous and just innocent enough to make the proceedings all the more poignant and entertaining. There is something slightly off about a handful of moments here, particularly something I’ve seen come across various discussions of the film, a kissing lesson between our lead and his mermaid beau, but the tone is never malicious or off putting, instead it is just another oddly tender moment in a warm and charming motion picture.

Here’s the catch, however. As an Olive Films release, the film comes with no supplements. There’s no commentary, no making of featurette, no video essay, just the film and its new transfer. That all being said, it’s one hell of a transfer. There are a few nicks and scrapes here, but the film looks crisp and sharp, with the grain adding all the more to the film’s overall sense of dream-like haziness. The blacks and whites here are light and the underwater sequences hold with them some of the most awe inspiring cinematography you’ll see throughout the film. Toss in a top notch score from Robert Emmett Dolan that sounds as good as it ever has, and despite being supplement-free, this is still a release worth checking out. The film itself is such a charming and oddly lovely motion picture that this is something worth seeing, and with the whole family. 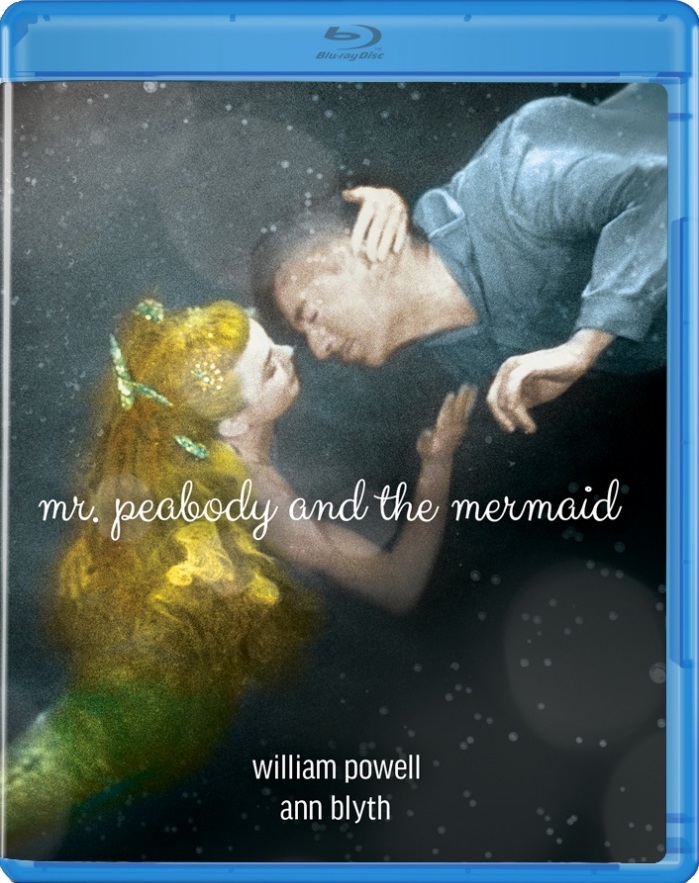