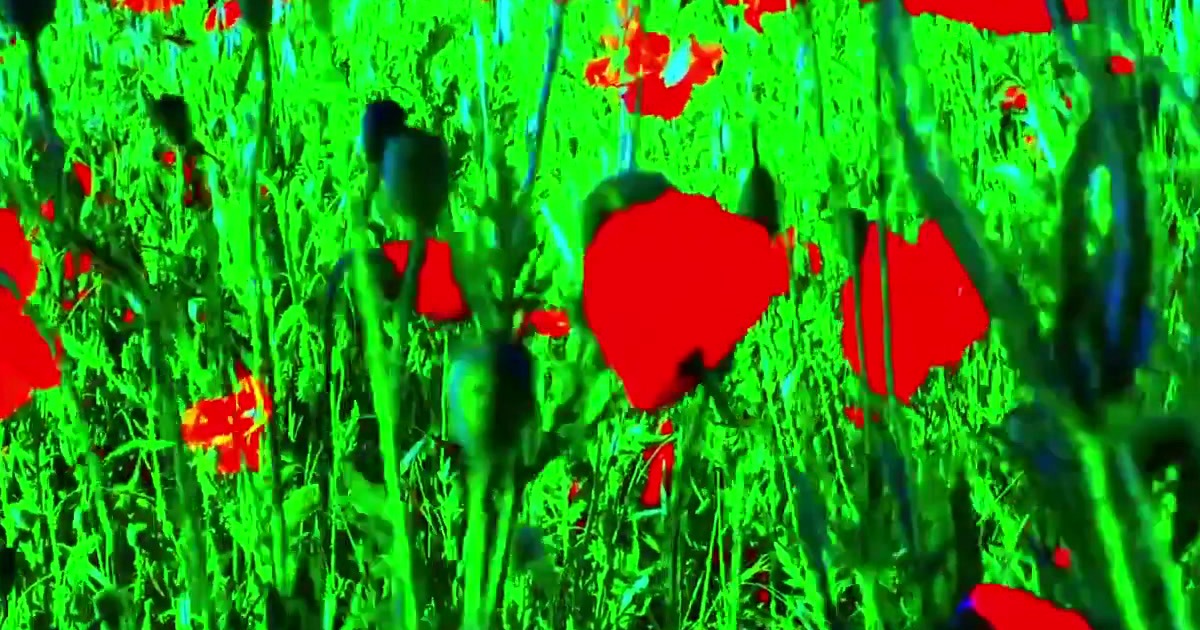 The name Jean-Luc Godard brings up many different ideas, concepts and, as any filmmaker as polarizing as him, emotions, in any respective viewer and cinephile. However, the last thing any person would assume to be connected with the filmmaker is the world of 3D filmmaking. Something most often seen connected with a big blockbuster superhero film or a giant, studio-backed disaster picture, only rarely do filmmakers with such critical acclaim gravitate towards 3D filmmaking. Names like Chris Nolan have brought artistry to the format, but names like Werner Herzog and Wim Wenders have taken 3D out of the megaplexes and now Godard has helped bring it to the art house with his newest film, Goodbye To Language.

Now available on 3D Blu-ray from Kino Lorber, the film is very much in the vein of late-era Godard (or maybe we should call it Modern Godard, because who knows, a filmmaker as abrasive as he may very well out-live us all, and we could only be so lucky), and is a hard nut to truly crack. The best film of 2014 according to the National Society Of Film Critics, Godard’s latest follows a couple who see their relationship crumble, and who split time with the story of a dog wandering the world, set to voice over discussing just how different we are from animals, and ostensibly the nature of humanity. As with much of modern Godard, the film is completely disinterested in classical narrative storytelling, instead opting for one of modern cinema’s most entrancing visual masterworks, acting as a vessel for some powerful philosophical musings.

Godard is far from the first name one would think of when trying to come up with filmmakers that would alter the way you look at something like 3D. Never a filmmaker of directorial flourishes (at least not in the sense one would connect with 3D), Godard’s muted sense of style (think static shots with earthy photography), this is arguably one of the greatest 3D experiences you’ll ever encounter. Speaking to the 3D theatrical experience (full disclosure; the Blu-ray I’m reviewing is the 2D version, as I do not own a 3D Blu-ray player), 3D has never been used in this manner. Godard’s latest is simplistic in its aesthetic in many ways, but as discussed by David Bordwell in this releases booklet, it feels like a Godard sketchbook. Not only is the film chock full of ideas that feel like rough sketches the filmmaker is begging the viewer to have a conversation with, but the film itself carries with it an anarchic sense of energy that, if it were from any lesser a filmmaker, the viewer would have little faith in following. But never a moment in the film’s 70 minute runtime does the viewer feel like they are in the hands of a filmmaker that is anything less than an absolute master.

The film’s greatest moments come when Godard gives complete freedom to the picture, as we the viewer simply follow a dog as he roams a world that is ever changing. Be it a sequence that looks and feels like a living watercolor painting, or a sequence so raw in its camera work that it plays like a home movie only Godard could create, these moments of pure philosophical pondering are some of 3D cinema’s most lively shots. The brisk runtime may leave many wondering what exactly Godard’s “point” is behind these sequences, particularly with the broad, primary colored “narratives” that make up the feature, but this is in no way a typical piece of cinema.

For storied Godard acolytes, this will be an absolute feast.  The photography from Fabrice Aragno is ever changing but persistently percussive and evocative, with the aforementioned sequences involving a stray dog playing as perfect opposition to the brazenly haunting moments we spend with our central couple. Their story is moving in so far as it itself moves with energy and vitality, but is only a vehicle for what amounts to cinema’s greatest visual essay about love and what it means to truly be human. Godard, as mentioned in the film’s title, has no interest in language and actual storytelling (look at a film like Film Socialisme to see this taken to its furthest extent) but the use of cinematic “tricks” here is breathless. It’s not a film everyone will mix well with. Those turned off by much of modern Godard will see this as the film that should end his career. It’s inarguably frustrating if one truly fights to “get” what he’s trying to ultimately say, as that’s not the film’s point. One must completely give themselves to Godard and his cinema. He’s a director that demands your interaction. Surrender and you’ll never look at film with the same sensibilities.

The Blu-ray release here is superb. The Bordwell essay is a must-read, and a key text in trying to crack this film’s code, as is an interview with Godard which is included here. Kino did a really great job with their 2D conversion, which merges the left and right eye tracks to make the 2D cut. It’s still a glorious motion picture in two dimensions, but it plays like almost an entirely different film than the masterpiece that is the 3D version. Seeing Godard toy with a new format is thrilling and will hopefully inspire an auteur who has spent his career trying to find the purely cinematic medium that film can be. He’s a filmmaker we need. The world needs Jean-Luc Godard. 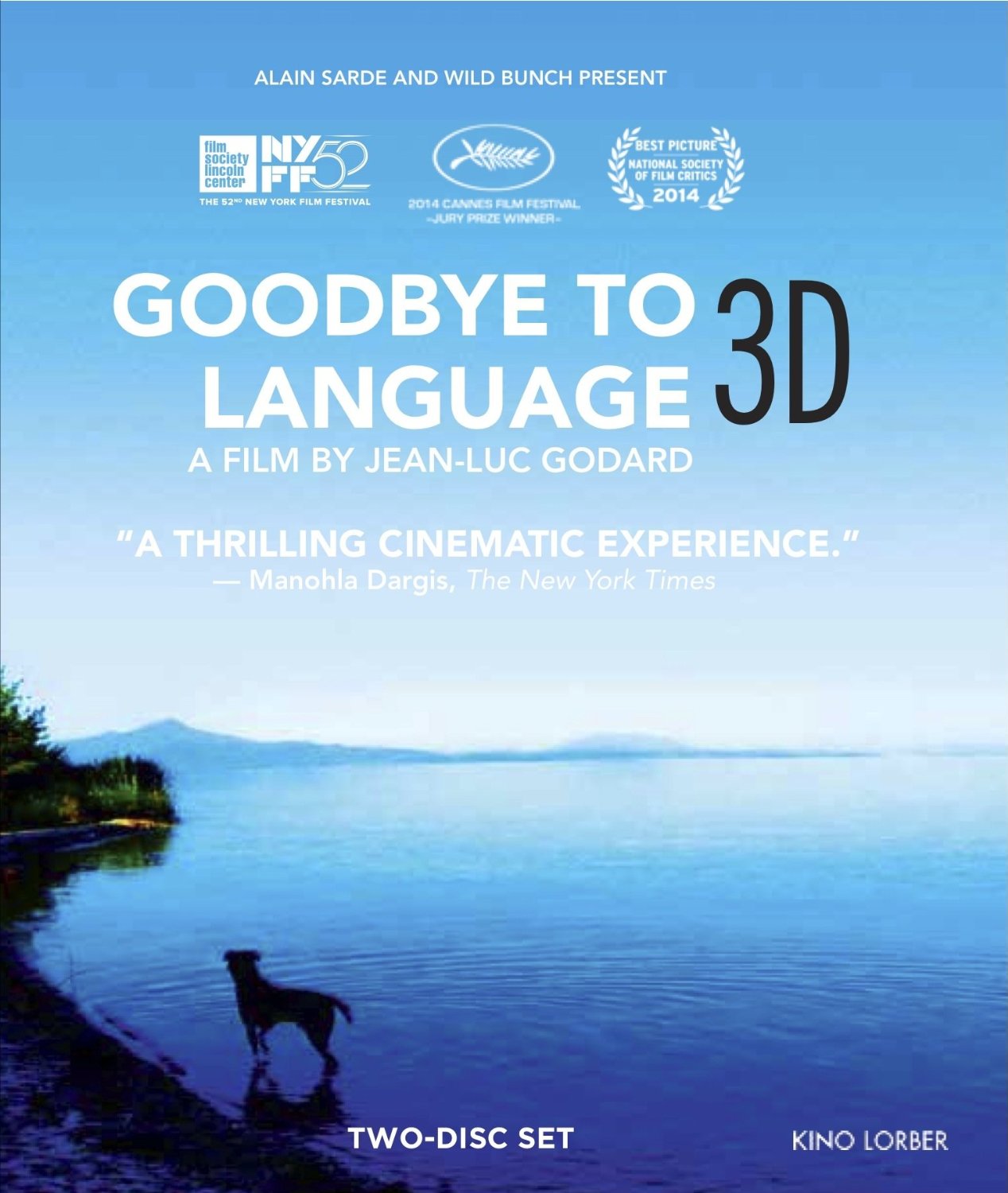