When looking at some of the biggest and most lavish productions throughout the history of film, there are various pictures that cost a hefty penny, but more than make up for it when they arrive in theaters. Prior to Avatar, James Cameron’s previous picture, Titanic, had a runaway production, for example, but ultimately became the highest grossing picture in history. However, not all pictures can be so lucky.

There may not be a single film with a more storied production than the 20th Century Fox classic and legendary Hollywood epic, Cleopatra. Be it the torrid romance between stars Elizabeth Taylor and Richard Burton, sparked by their work together here, or the fact that the film’s shoot nearly killed its director,  Joseph L. Mankiewicz, the film itself has seemingly taken second place to its legendary, if not completely infamous, production history.

And that fact hasn’t changed with regards to Fox’s brand new two disc Blu-ray of the iconic Hollywood epic.

Normally, any given Blu-ray review would begin with a discussion revolving around the picture at hand here, but given Fox’s discussion surrounding the film within the supplements found on the pair of discs here, that doesn’t seem fitting. The biggest point of discussion? A two hour long documentary taking a deep look at the film’s production that, for all intents and purposes, may be more full of life and intrigue than the picture it’s focusing on. A telling look at a picture out of control, the documentary features footage from the earliest days of production with director Rouben Mamoulian behind the camera, all the way to its response upon release and up to today’s restoration, the documentary is the greatest aspect of this entire release, transfer notwithstanding.

And that’s a big caveat, because this is a mighty fine transfer. Mankiewicz’s film is as over the top and lavish as Hollywood epics ever got, and sequences ranging from the first reveal of Cleopatra to her death really pop off the screen. The costume design and cinematography are as vital today as they have ever been, and Alex North’s score is given new life with this superb audio transfer. Sequences like Cleopatra’s arrival in Rome will forever be scenes shown by those looking to test their new HD setups, and while the film itself may be a tad lifeless and over long, the aesthetic here is so inherently intriguing that it’s nearly impossible not to be entranced by Leon Shamroy’s photography.

However, what about the actual film? Well, that’s a different discussion.

Beginning with a victory by Julius Caesar and his introduction to the then sister of Pharaoh Ptolemy XIII, Cleopatra, the film follows her romances with both Caesar and Mark Antony, and her ultimate demise, in what is one of the more cartoonishly over the top studio pictures and also one of the most oddly inert.

Best known for the lead performance of Elizabeth Taylor, the cast is almost uniformly great. Taylor has a grandiosity about her that feels fitting for this type of character. Ostensibly, the film is more historical melodrama than an actual epic. With the occasional lavish set piece, the picture focuses heavily on relationships between the people involved. And while it mostly works, the lavish nature of the film makes all interpersonal drama feel static and empty.

Opposite Taylor are the pair of Richard Burton as Antony and Rex Harrison as Caesar, and they couldn’t be more different. There is a stoic nature to Harrison’s Caesar that is opposed to Burton’s emotionally charged Antony, and they both work relatively well. Taylor plays off both with success, and they each bring out something different within the actress’ turn as the titular queen. Admittedly, the film comes to life when Burton and Taylor share the screen, but the relationship between Caesar and Cleopatra feels more real and vital than the latter half of the picture.

However, it’s the supporting cast that is really the star here. Roddy McDowall steals the show here as Octavian, playing the opportunistic younger relative of Caesar with a slimy cunning that really makes the performance stand out. No wonder critics were positing him as a possible best supporting actor Oscar contender at the time of release, as this is definitely a superb secondary performance in a film that needs a narrative hook to really grab the viewer on more than just a visual level. Toss in a Martin Landau performance as Rufio and the likes of Kenneth Haigh and Carroll O’Connor as Brutus and Servilius Casca respectively, and you have a film where the secondary cast members truly outshine the over the top lead performances.

Overall, the biggest flaw here is the emptiness found within its epic scale. From a studio system that brought us epics like Lawrence Of Arabia and a cavalcade of others, this film has the aesthetic to battle any of these pictures blow for blow, but it doesn’t have the emotional core. All that remains in its place is a gaudy exterior with nothing inside. Like a gorgeously adorned jewelry box filled with Cracker Jack prizes. Clocking in at four hours in length, the film (originally clocking in at six in the filmmaker’s original vision, marking yet another time where a director’s longer cut may very well have been the better project) is a far greater look at the ego and focus on aesthetic overload that would ultimately spark a tonal shift in American cinema during the late ‘60s. As far from an Easy Rider or a Medium Cool as you could ever imagine, this is a time capsule from an era that we may very well be returning to today. With Hollywood Hell bent on crafting the most over the top spectacle pictures one could imagine, the only difference is that while this picture is just as empty as most modern blockbusters, this one at least has a tactile and palpable beauty to hook any viewer.

This is also a rather superb Blu-ray. The film itself may be highly flawed, but along with the aforementioned documentary, there is a full commentary here with Chris and Tom Mankiewicz, Martin Landau and Jack Brodsky, various looks at the cultural and historical relevance of the film and even a 30 minute retrospective led by Tom Rothman who himself was involved on the problematic Titanic production. All this said, while the film the release supplements may be problematic, any film fan or “historian” will find a lot to get out of this release. A dense pair of discs, this release has great re-watchability, and the film does have a superb transfer both visually and audibly, making this a solid home video release. 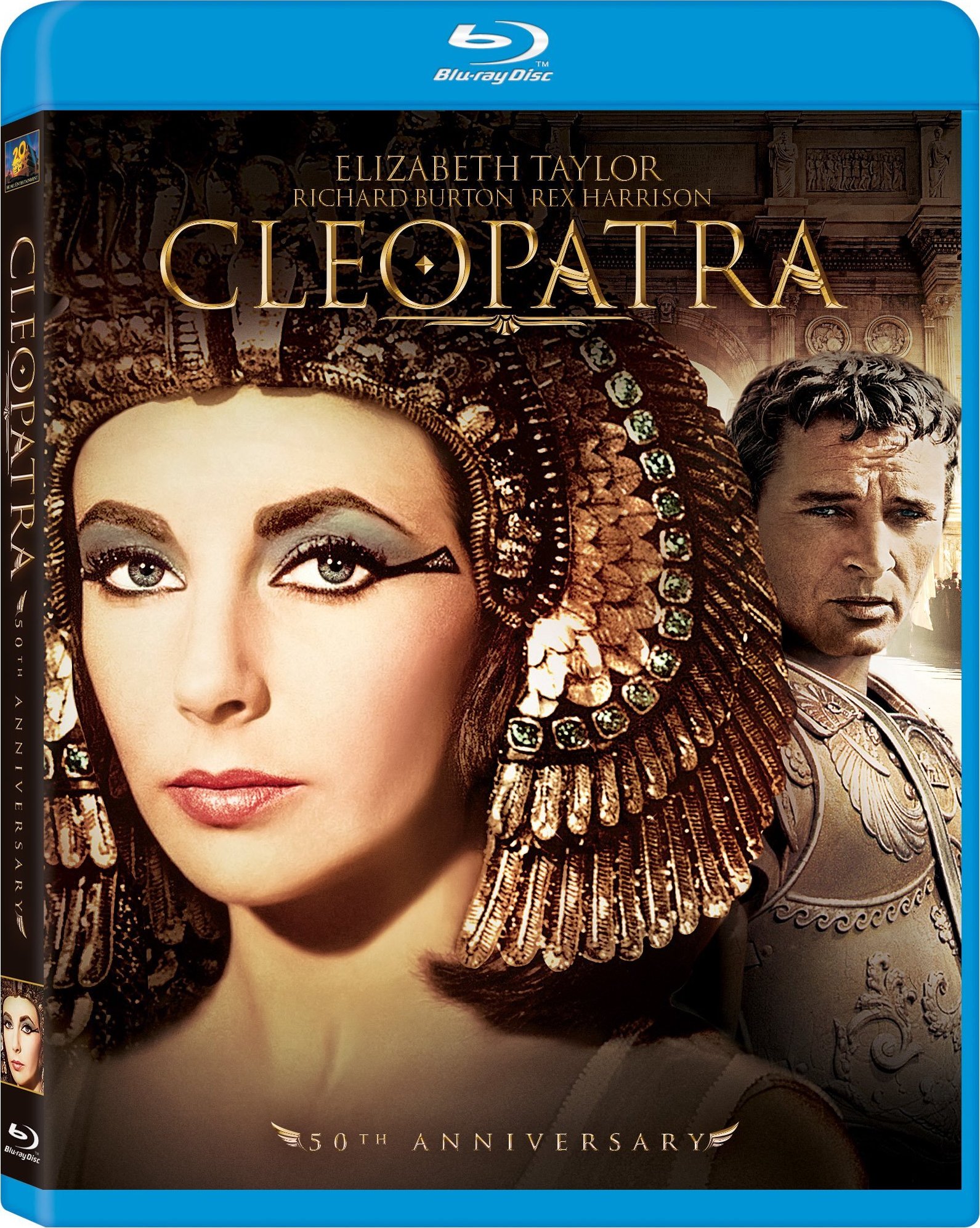 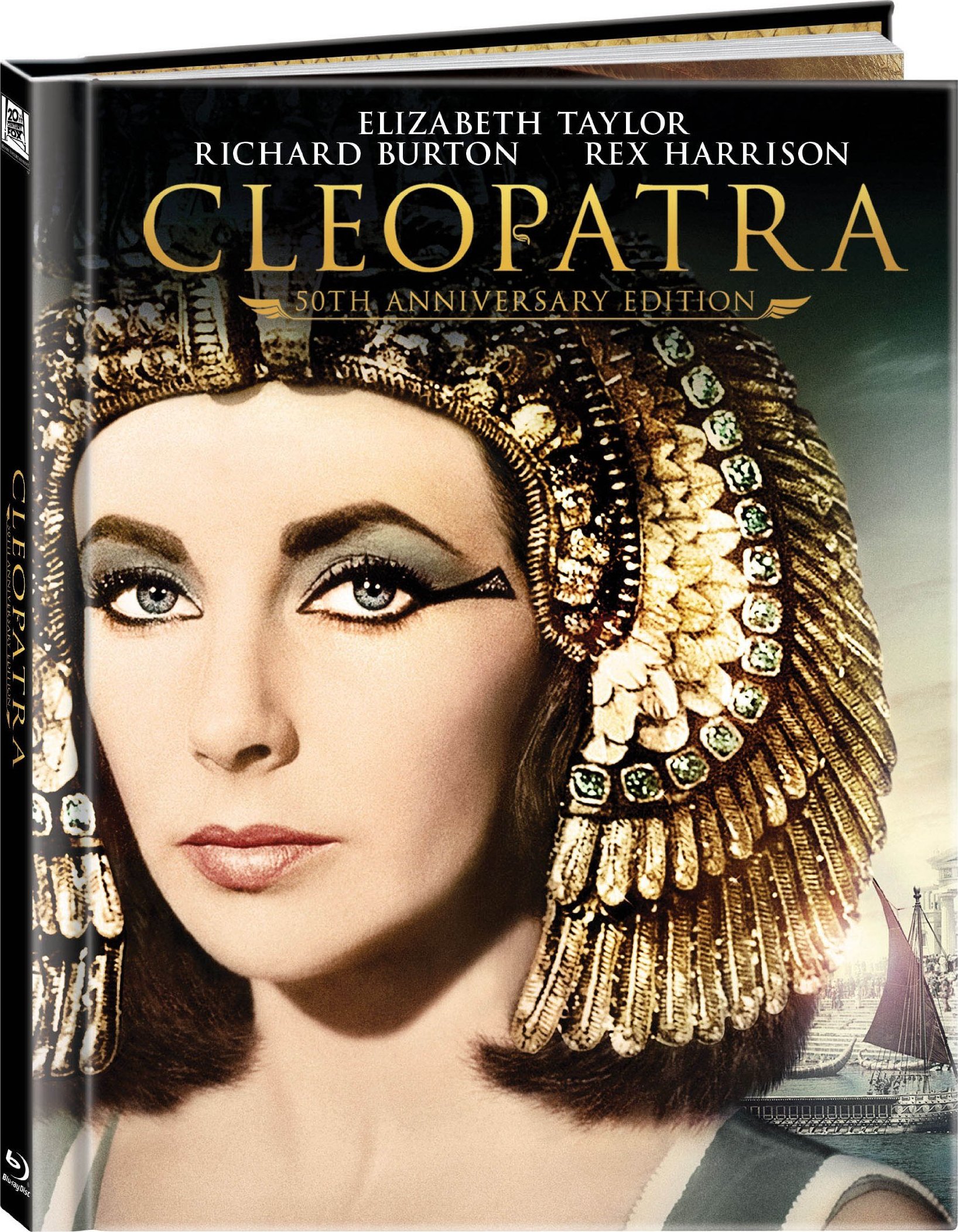