In today’s film landscape, the perfectly curated soundtrack is something that comes with just about every major film. Be it Hot Topic playlists like the soundtracks for the Twilight series, or the lavishly esoteric choices made by director Quentin Tarantino for his various films, or even Criterion’s loverboy Wes Anderson whose musical choices are about as beloved and influential as his directorial choices, it seems just about every week brings us both a new major studio release and its pop music soundtrack.

However, every trend has to have a start. And thankfully, The Criterion Collection is not only noticing the importance of this trend’s starting point, but also that that very film is a deeply important and influential cultural touchstone.

Released in 1983, director Lawrence Kasdan helped usher in the generation of the perfectly sourced soundtrack with his masterpiece, The Big Chill. Much more than just a collection of legendary ‘60s rock and R&B classics, this moving and thought provoking drama/comedy tells the tale of a group of thirtysomething baby boomers who have their lives forever changed following the suicide of a mutual friend. All returning home for his funeral and ultimately a weekend together under the same roof, this introspective look at a generation who seemed to have lost its hope and drive when hitting adulthood and the “real world.” Unforgettable, poignant and rewarding, this breathtaking ensemble comedy is one of the great films of the ‘80s, and while it has become a rather controversial choice when joining The Criterion Collection, it’s one of the better additions in ages.

The cast here is an absolute stunning collection of that era’s great talents. Led by the on screen couple Glenn Close and Kevin Kline, the film finds these two as host to these great actors, which include Tom Berenger, Jeff Goldblum, William Hurt, Mary Kay Place, Meg Tilly and JoBeth Williams. Every actor here gets a handful of sequences to truly shine, with names like Goldblum bringing some fantastic dry humor to the proceedings, and others like Hurt truly digging into the malaise and melancholy that is felt so palpably throughout the picture. The chemistry between the actors here is equally tactile, and while some subplots don’t entirely work (I’m thinking a rather underwhelming, if still quite touching, subplot involving Mary Kay Place’s character), they all carry with them their own thematic relevance and emotional heft.  Be it philosophical debates between the group or smaller discussion between segmented groups like one had between Kline and Hurt’s characters during a morning run, the film carries with it set piece after set piece of deeply involving character portraits all of which hint at a generation who has not only lost much of its ideology, but in many ways its entire soul.

Aesthetically, the film is entirely of its era. Kasdan’s film is beautifully paced and John Bailey’s photography is really quite gorgeous. Soft and natural, the lighting here is gorgeous, and while there are a few flights of fancy, they never take away too much attention from the film’s central story and theme. Driven almost entirely by the fantastic and groundbreaking soundtrack, so much so that a handful of scenes are entirely built around these musical cues, the film never feels false or manipulative. Instead, be it the aforementioned morning walk set piece or the film’s all-time great opening credits sequence, this is fiction storytelling at its absolute best and most economical. The opening credits, actually, are a perfect example. Introducing us to each main character, no character utters a word during the playing of Marvin Gaye’s Heard It Through The Grapevine, instead seeing Kasdan telling us exactly who each character is with just pure direction and visual storytelling. It’s a pitch perfect example of the tone and pace of this film, and is an example of just how great this film truly is.

And then there is that soundtrack. That ever influential, ever groundbreaking and still powerful collection of 60s staples. With names like The Pretenders and Marvin Gaye playing as the soundtrack to this film, the hope and dreams of an entire era, the creative juices that made the baby boomers one of the most influential generations in this country’s history, make the proceedings all the more potent. A haunting and unforgettable look at the loss of hope and fire within an entire generation of people, the film may be a tad on the nose (that very lose of hope is all but verbalized in the first ten minutes), but it is without a doubt a universal and still relevant idea worth provoking in one’s mind today. With the Yes We Can era falling victim to Wall Street corruption and greedy politicians, this idea of a loss of hope within the youth population is something being felt this very moment, and this is a perfect vehicle to open up that discussion.

Sadly, the new Criterion Collection Blu-ray doesn’t dig too much into the aforementioned soundtrack, despite being easily the film’s biggest talking point. There is a fantastic interview with Kasdan, and a retrospective discussion with the cast and crew from last year’s Toronto International Film Festival, which is an absolute must watch. From 1998 comes a making of documentary, and a series of deleted scenes round out this release. The transfer here is really quite fantastic, really bringing to light the warm and inviting photography and the fantastic soundtrack. Finally, Lena Dunham pens a fantastic essay here, and Harlan Jacobson’s piece on the film is a must read. One can do with or without the mediocre/forgettable artwork, but overall it is a superb release that has Criterion “purists” flummoxed, but is one that will hopefully open up the dialogue surrounding this film, bringing to it a new generation of viewers to once again discover that this is truly one of the great films from the 1980s. 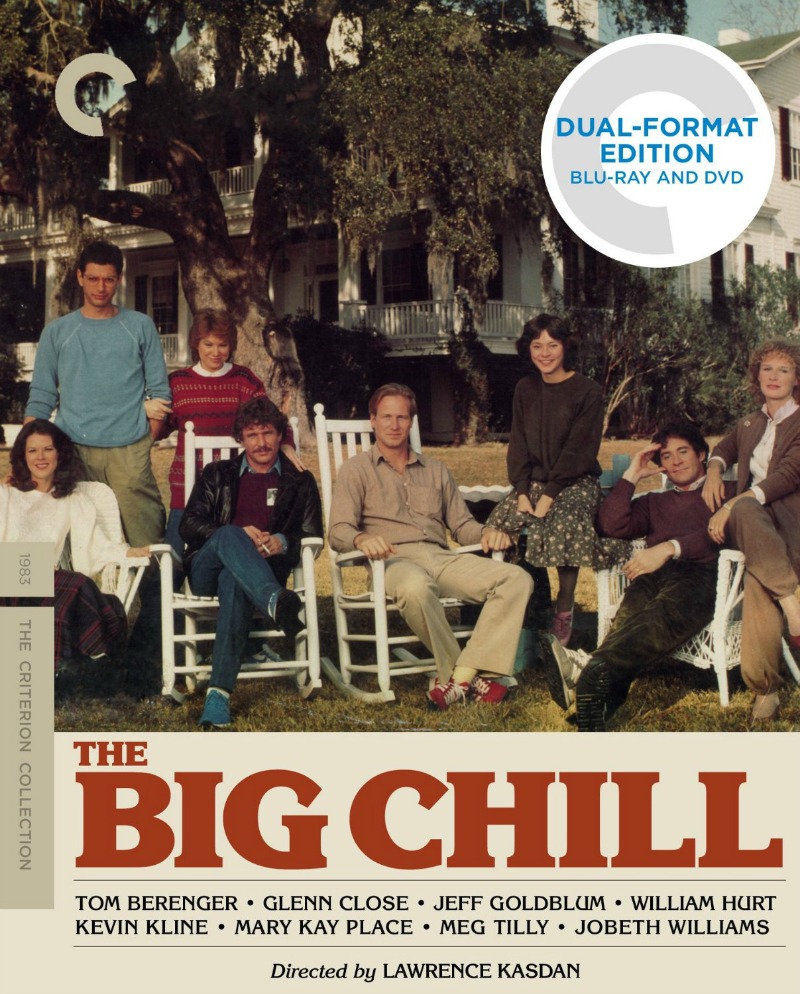