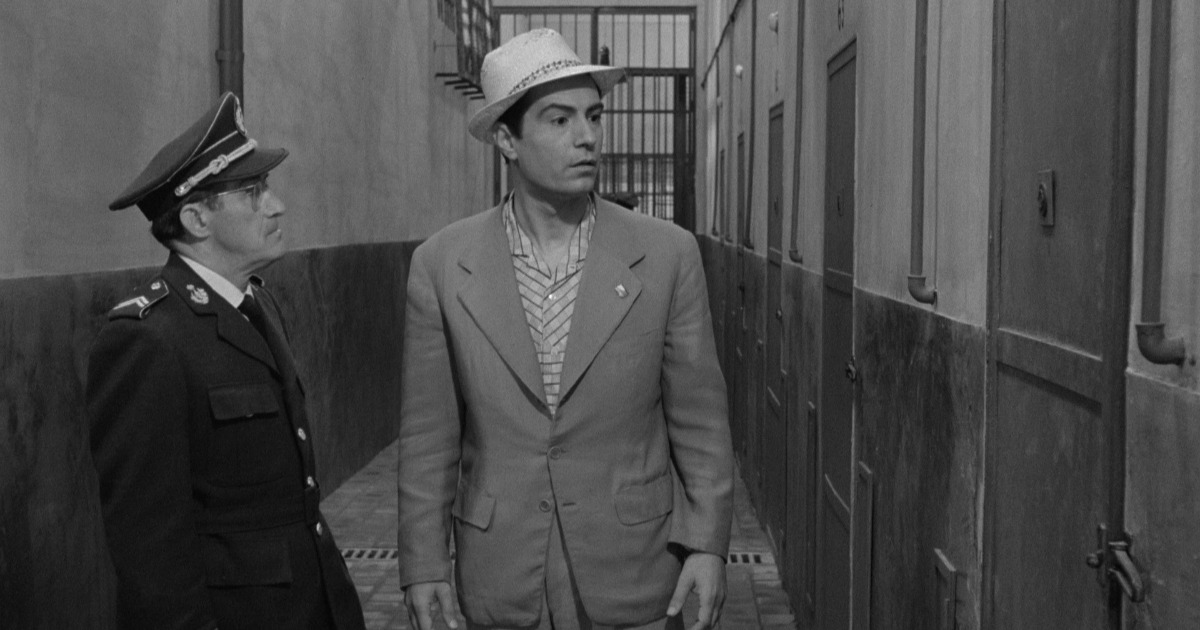 We here at The CriterionCast wear our admiration for The Criterion Collection squarely on our sleeves. Not only is it in the very title of this website and the podcast from which it spawned, but it is in the very DNA of what we strive to do through both ventures. At their very best, The Criterion Collection doesn’t so much bring to light gloriously dense home video releases of beloved, crystal clear classics from the history of film, but instead highlights lesser known masterpieces from throughout the world and spanning the entirety of film’s history as an artform. Be it esoteric experimental works like that of director Jean Painleve to baroque world cinema classics like La Cienaga, Criterion’s greatest achievement is giving the world a new glimpse at world history through the lens of those directors commenting on it through their films.

And few films quite hit this mark as squarely as their newest release. Entitled The Executioner, the film sits at spine #840 within the collection, and comes to us from a name relatively unknown here stateside. Luis Garcia Berlanga is one of Spain’s greatest filmmakers, one of the country’s most beloved satirists, and with a script worked on by he and his oft-collaborator Rafael Azcona (along with writer Ennio Flaiano), there could be no better introduction to his work than this genuine classic.

The Executioner is a pitch black comedy which introduces us to a mortician caught in quite a rough place. Also known to some as Not On Your Life, Berlanga’s film introduces us to a young, handsome undertaker who, despite having preconceived notions about her father’s work as an executioner, marries a local, equally attractive woman. However, things take a decidedly farcical turn when, in order to keep their government-backed apartment, the young man must agree to take on the executioner’s duties once he retires, which is a date that nears rapidly. Often cited as one of, if not the very best Spanish films of all time, The Executioner is a potent and absolutely unforgettable macabre comedy which skewers Franco-era politics and values with surgical precision.

The film stars Nino Manfredi as the film’s lead, the hunky Jose Luis, and while those who took to the superb Antonio Pietrangeli film I Knew Her Well which entered the Collection a while back may recognize his face, many viewers stateside may not recognize his striking face. He turns in what is ultimately a quiet, nuanced performance here as a man caught between a bureaucratic rock and a fascist hard place, a performance wonderfully modulated to fit squarely within this style of raven-black comedy. Jose Isbert takes on the role of Amadeo, the elderly executioner, and rounding out the principal lead cast is Emma Penella as the striking and strong willed Carmen. Both of these performances are rightly seen as supporting pieces within this politically-minded character study, but each give a lived-in quality to the film, pairing perfectly opposite the humorous and almost surreal moments that are sprinkled throughout the film.

That all being said, this isn’t truly a film that will be stuck in the minds of new viewers for its performances, instead proving to be a profoundly stimulating piece of craftsmanship, both aesthetically and thematically. At its core a darkly comic political farce, the film’s core themes revolving around the morality, or lack thereof, surrounding the Franco regime, The Executioner is an absurdist drama looking squarely at such things as the fluidity of one’s own moral scale when one’s livelihood is put in question to broader themes such as bureaucracy and capital punishment. Taking an almost Bunuelian approach to its satire (Bunuel is the most often used comparison when discussing Berlanga’s work), Berlanga and his two fellow writers set their sights squarely on a political landscape that cherishes those who have a much broader moral compass.

Visually, the film is also a real tour de force. Concluding with one of the most entrancing absurdist set pieces in all of Spanish cinema, Berlanga’s direction is superb here, with a style that blends the grit of neo-realism from this period and yet occasional bursts of surrealism coming primarily in the form of comedic moments. Lushly composed with contrast-heavy black and white photography from cinematographer Tonino Delli Colli (best known for his work with Pier Paolo Pasolini and even Louis Malle), Berlanga uses the most of his wide frame as well as a camera that’s not afraid to move around the wonderfully realized world. Particularly in the above mentioned finale, the film is directed within an inch of its life, using the frame to not only heighten the drama but in many ways play up the humor. Visual gags abound here, slyly used throughout the feature which never breaks its bleak worldview, instead helping to give this film a sense of otherworldliness. Like a neo-realist film from a universe just above ours.

Each camera move has a purpose, each framing choice specific, and even the photography, in all of its hyper contrast black and white glory, plays heavily into the film’s central thematic work. Which is why this new restoration is an utter delight. Newly restored in 4K, Criterion’s new Blu-ray is a definitive text, coming across as almost an entirely new film. Compared to clips from previous releases of the film, this new restoration is an absolute delight, breathing new life into a film whose craft is of the highest order.The blacks are rich and deep, the whites are almost blinding, all making the uses of grey, both aesthetically and thematically, all the more poignant and powerful. A new subtitle translation helps as well, as does David Cairns’ essay about the film, which is a must-read text for those new to Berlanga and this film particularly. Opposite these less talked about features are a series of visual pieces, including a new interview with director Pedro Almodovar (it’s clear to see how Berlanga’s films have spoken to the iconic Spanish auteur, even more so after seeing this interview). There’s also a superb collection of interviews relating to the work of Berlanga, which gets sit down interviews with people ranging from his son Jose Luis Berlanga to film critic Carlos F. Heredero. Rounding out this release is a fun a episode of a television series all about the film, which is a real glimpse into the film’s impact, to this day, in Spain.

A rarity stateside, The Executioner is a superbly crafted, highly stylized black comedy with its sharpest barbs aimed squarely at a political regime whose legacy is still being dealt with to this day. Among the ranks of the great Spanish satires of its time, Berlanga’s masterpiece is much more than a world cinema curio, transcending the time period within which it was made and still finding power inside of its tale of a political structure that values a looseness of morals.