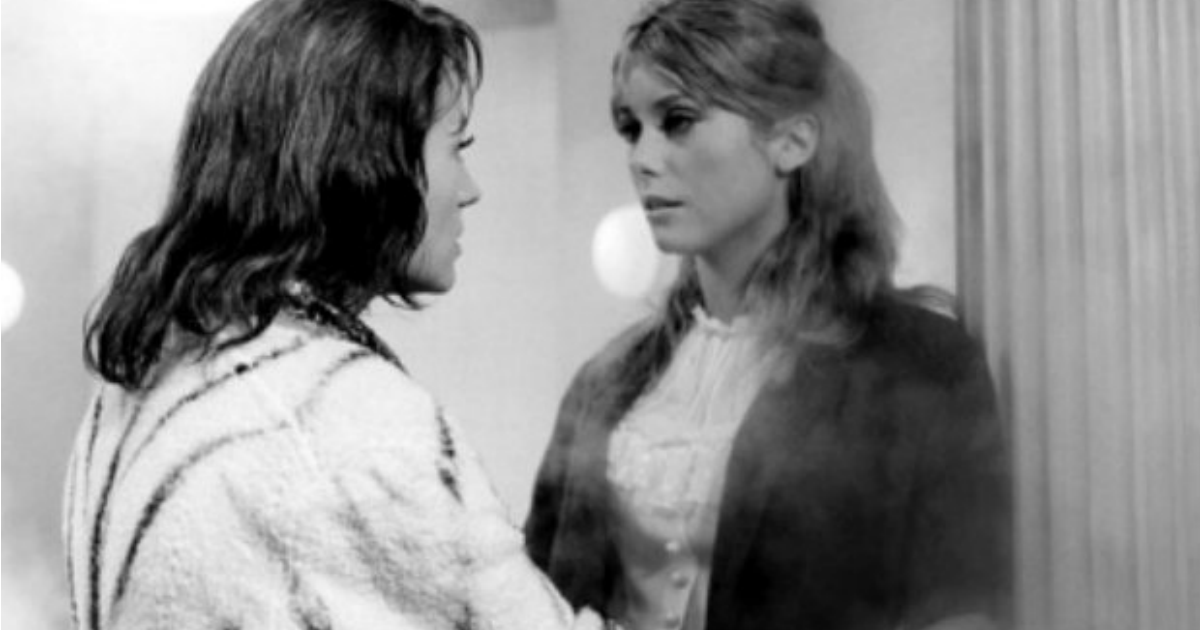 There are misunderstood filmmakers, and then there’s Roger Vadim. Primarily thought of as the man who thrust us into space with the sex hungry Barbarella and introduced the world to the beautiful Brigitte Bardot, Vadim is a filmmaker that is seen by many to be one that never truly elevated much beyond his aforementioned B-movie masterpiece. However, that couldn’t be further from the truth, and Kino Lorber has just helped give us arguably the best bit of evidence to the contrary.

Entitled Vice And Virtue, Vadim took to the work of the Marquis de Sade, “Justine” to be exact, to weave a story of control and power in WWII, and occupied France. We meet a pair of sisters, the vice-driven Juliette and ever so virtuous and virginal Justine, the latter of which we meet at the film’s very earliest frames, as her husband is taken by Nazi officials on their very wedding day. Only to find herself taken to an estate where her body is seen as a reward for high ranking SS officials, Justine is just one half of this bleakly operatic picture. Her sister, Juliette, is trying to use her ways to make waves within the Nazi party, getting close to anyone with a high rank, such as General von Bamberg. A haunting look at the power of the human body during wartime, Vadim’s film is both his most underrated and quite possibly his most exciting and vital piece of work.

At first glance, the film is as historically relevant as it is aesthetically stimulating. The first major role for one Catherine Deneuve, the film once again proves that there have, in the history of film, been few names with the ability to discover actresses quite like Vadim. Sure, his work with Bardot, Jane Fonda and Deneuve isn’t the most dense character work (all three driven by their exterior beauty in many ways), but his eye for what made each truly special is quite present. Deneuve’s work here is solid, despite not having much asked of her. It’s a rather one note character, but it’s hard to argue with the youthful vitality Deneuve brings to this virtuous character. It’s at the very core a melodrama, and in many ways she takes to this heightened sense of drama like it’s second nature for her. It’s a wonderful performance. Opposite her is Annie Girardot, and she is equally as fantastic here. A much more lively performance, she also fits the heightened sense of drama well, really sinking her teeth into this sexually charged narrative. It’s a brooding drama and her performance slides into this world perfectly. Toss in the pair of male performers Robert Hossein and O.E. Hasse, and you have a film that is a deliciously operatic piece of melodrama.

Speaking of opera, the film owes much of its aesthetic to the medium. Vadim gets bewilderingly theatrical stage and production design out of his crew, and his use of lighting is some of the most exciting and otherworldly of this time period. Using spotlights and mirrors to evoke the real drama at the heart of the story, and the score is cartoonishly bombastic, helping to turn this into something more resembling a stage drama than an actual piece of cinema. This may not suit every viewer, however. The drama here is of a certain level, and the film does feel quite dated, it has an uncanny energy to it that will leave anyone willing to go along for the ride absolutely transfixed.

It’s just too bad the film couldn’t have been given some respect on its home video release. The transfer here is absolutely breathtaking. Giving a second life to a film that has rarely, if ever, been talked about in even the most scholarly of cinephile circles, Kino’s Blu-ray turns the film into an absolute revelation. Vadim’s use of tight close ups and his focus on reflective surfaces (there is a sequence shot through a mirrored ceiling that left this writer breathless) is stunning and really allows for this transfer to be something of a spectacle. However, there are no supplements to truly speak of. The cover and its reverse side feature some really great artwork (particularly the reverse side, with its original poster), but outside of that there isn’t anything to give any sort of background to this or Vadim’s work. Overall an underrated gem, Vadim’s film may be a tad long in the tooth and has its moments of bombast, but it’s also a beautifully crafted and haunting piece of aesthetic wonder.